Changing circumstances stimulating the possibility of Nuclear proliferation in Japan: An Assessment 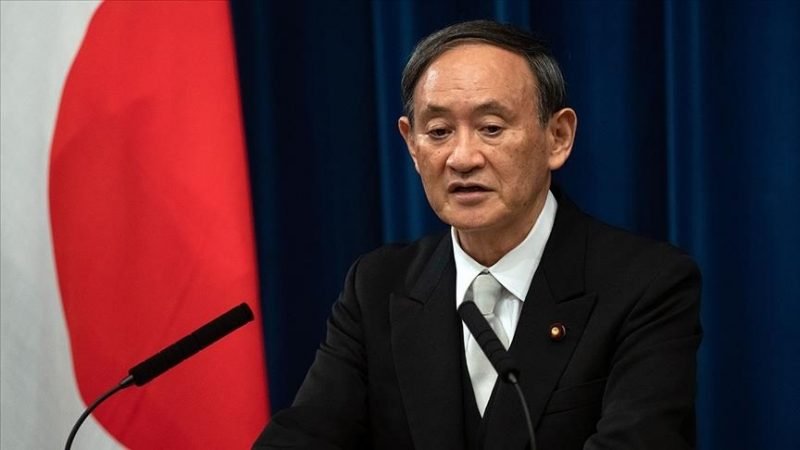 Japan has embraced the policy of nuclear non-proliferation as a way of life by renouncing all previous efforts including Ni-Go, F-Go and conspiracy theory based Hungnam nuclear bomb efforts, after the San Francisco Peace treaty. In 1959, it has been manifested by Nobusuke Kishi’s declaration to neither develop nor permit nuclear weapon in Japanese territory. In 1967, Prime minister Eshaku Sato’s three non-nuclear principles- “not to produce, process or permit the acquirement of nuclear weapons” has again endorsed Japanese self-commitment. Which has been further enhanced in 1968 with the introduction of Sato’s supplementary “four-pillar nuclear policy” emphasising to promote the peaceful use of nuclear power, to stimulate global nuclear disarmament, to support three non-nuclear principles, and most importantly to rely on the extended nuclear deterrence of USA.

It is noteworthy that the enhanced and adaptable US-Japan security cooperation accompanied by the “Yoshida Doctrine”, which had insisted on the USA’s security umbrella so that Japan could concentrate on its own economic rebuilding without any security dilemma, has also intensified the thinking against nuclear proliferation in Japanese society. In 1960, despite creation of the Japan Self Defense Force (JSDF) in 1954, the US-Japan security agreement was modified to grant the United States the right to establish bases on Japanese islands with a commitment to defend Japan from any onslaught. Moreover, even after the reversion of Okinawa in 1969 with a secret clause permitting the US to restore nuclear facility during an emergency in future, this base possessed nuclear arsenals of the USA till 1972. Thereafter, the loss of Okinawa nuclear storage has culminated in not only degradation of the nuclear capability of the USA in the Pacific as Henry Kissinger had asserted in a note to President Nixon, but it has also dismantled the existential nuclear deterrence for Japan. But, no security dilemma has erupted because Chinese nuclear weapons, which were acquired to establish credible minimum deterrence against any possible nuclear attack of the USA, posed no serious security threat in entire East Asia. Nevertheless, the confirmation of the availability of oil and other natural resources in the Senkaku Island area has led to an eruption of the irredentist issue among Taiwan, China and Japan from the 1970s. Japan has been administering these islands from 1972 after the completion of the reversion of Okinawa; but China is claiming its sovereignty over Senkaku islands with the conviction that Diaoyus (Chinese name of Senkaku) island is a part of Taiwan, over which Japan had repudiated its claim in San Francisco treaty 1951. In spite of the “four-point consensus” between Japan and China in 2014, wherein both the countries have agreed to strive for a mutually beneficial relationship based on common strategic interests, establishing crisis management mechanism, resuming bilateral dialogue, etc; China, with the self-certified status of global power, is exerting over-aggressive stance against Japan. It can be witnessed in overpowering military exercises as well as relentless drills of Chinese bombers over the strategic Miyako strait from 2017. Apparent detection of Chinese nuclear-powered attack submarine defying defence preparedness of Japan near Senkaku has again heightened the tension in 2018. Similarly, Japan’s Defense White paper released in July 2020 manifested the intensifying attempt of China to unilaterally change the status quo around Senkaku through coercion. But simultaneously, the USA’s ambiguous stance on the issue of Japanese sovereignty over Senkaku as well as lack of clarity in the word “constitutional processes” used in the article (5) of the US-Japan security treaty have deepened a sense of insecurity of Japan against possible nuclear adventurism or nuclear blackmailing by China.

Moreover, Japan is witnessing another security threat from the front of the relentless and unbridled efforts of nuclear modernisation by North Korea too. Joint declaration on the denuclearisation of the Korean peninsula (1991), signing of IAEA safeguard agreement by North Korea in 1992, and leap day agreement of 2012 for a moratorium on North Korean nuclear testing in exchange for food aid, etc were remarkable consequences of American efforts towards denuclearisation of the Korean peninsula. But furthermore, North Korea has strengthened its nuclear weapon programme by defying all global disarmament mechanism and global sanctions, which has proved to be irrelevant, insufficient and inappropriate.

The USA has again strived to cope with the North Korean nuclear issue through mutual talks and negotiation in two summits convened in Shangri-La (2018) and Hanoi (2019). But the Shangri-La summit of Singapore, wherein President Trump has blindsided all allies with the suspension of all defence preparedness exercises by describing it as provocative and costly, ultimately culminated in the lack of unanimity in the denuclearisation issue. The USA insisted on the unilateral denuclearisation of North Korea; but contrary to this, North Korea explained the clause “complete denuclearisation” as denuclearisation of the entire Korean peninsula including American nuclear arsenals deployed in South Korean. Similarly, the Hanoi summit of 2019 has ended without any positive outcome. It is noteworthy that North Korea has carried out many provocative actions including testing ballistic missiles over Japan, but the USA has taken no appropriate action to make Japan confident for its security. President Trump has not even mentioned about this during the two summits with Kim-Jong-Un. Moreover, the North Korean leader’s insistence for relentless modernisation as well as the development of nuclear-capable submarine-launched ballistic missiles (SLBM) in the ruling party annual meeting in December 2020 has again deepened the nuclear threat to Japan.

Although newly appointed US defence secretary Lloyd Austin, in a telephonic conversation with his Japanese counterpart, has reaffirmed the USA’s commitment to defend the Senkaku islands by making it clear that these islets fall within the purview of the US obligation to Japan as per the article (5) of the US-Japan security treaty. But again USA administration failed to dismantle all the ambiguities inherent in the security treaty, which forces Japan to contemplate about the measures of self-reliance on national security including credible minimum deterrence(CMD) amid augmenting security dilemma due to aggressive activities of de-jure nuclear weapon state (NWS) China and de-facto NWS North Korea. Rejection of “Treaty on the prohibition of Nuclear Weapons” by Japan, which has been embracing unhesitatingly all types of global disarmament initiatives including NPT and CTBT, reflects the shifts in Japanese policies regarding this too. Japan’s “para nuclear status” accompanied by intensifying security threat and the need for self-reliance on security stimulates Japan to acquire nuclear weapons to attain nuclear deterrence. All the prevailing security challenges are also forcing common peoples of Japan to rethink about the relevance of their stance pertaining to nuclear weapons.

Moreover, the “Quad” framework emphasising cooperation among Japan, India, Australia and the USA for free Indo-Pacific and rule-based world order has also provoked China for a bitter response to members of this grouping. It also intensifies Chinese aggression against Japan. So it will also strengthen the need for Japanese credible minimum deterrence against Chinese unbridled aggression.

Hanuman Prasad Singh is a JRF qualified professional. He holds a post-graduation degree in political science from the University of Allahabad, India