Digital currency and the future that will begin with it 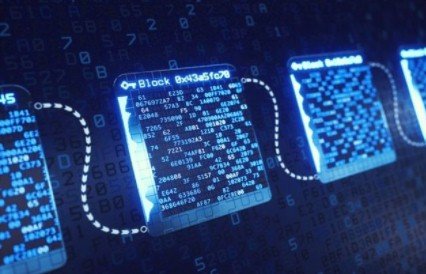 Block-chain was born out of distrust and reaction of the existing centralized structure. Block-chain refers to a decentralized data storage technology that does not require one-sided dependence on a central management order, which can be expressed as a revolutionary set-up that operates based on mutual trust and transparency. Block-chain stores data in blocks and connects them in the form of a chain, that is, users are directly tied to each other, and users are members of the system configuration and the ultimate provider. Apropos, Block-chain technology is an entirely up to date technique called the digital revolution or the 4th industrial revolution, and simultaneous, it is the emergence of a completely latest paradigm different from the way humans have been. Humanity is at the moment of birth of a new ideology starting with such a system change.

Block-chain mechanics has created virtual money, which is known as Bitcoin, which has been led by private sectors such as Libra on Facebook and Ali Pay and WeChat Pay, which have been used as credit cards in China. Yet, newly, the Chinese government started to foster it as a state-led industry through the central bank. The digital Renminbi is digital money issued directly by the People’s Bank, the central bank of China, and this month, Beijing successfully completed a large-scale public experiment of the digital Renminbi, after it was issued experimentally in four regions of China last year. Consequently, there is an analysis that the official introduction is imminent. Actually, the Chinese authorities are setting up for the official launch in February next year when the Beijing Winter Olympics will be held.

Generally, for a key currency to meet the existing functions of the cash, the creditworthiness of the paper money and the publicity guaranteed by the state are the most essential. While conventional cryptocurrency led by the private sector cannot meet these functions, the digital Renminbi issued by the Central Bank of China meets the basic requirements of the notes. This also implies that it matches the requisites for issuance of the Renminbi currently in use and has the same functionality.

The intention to issue a digital Renminbi can be summed in three ways. The foremost is the diminution of money production and distribution costs. If digital Renminbi is officially introduced, the budget used for minting will be reduced. Second, it is to curb financial corruption through fund tracking. Electronic money is easy to trail funds as the central bank can grasp all transaction data. Hence, going after financial irregularities such as illegal funds can be precluded. The third and most conclusive end is to increase the share of global economic currencies. It is designated to expand the digital Renminbi to trade settlement and international remittance. With the recent U.S. central bank’s unrestricted dollar supply, the unimpeded dollar supply inevitably causes the dollar’s value to decline. Accordingly, the rumours of a diminution in the creditworthiness of the dollar are being raised regardless of the actual market dominance of the digital Renminbi. Eventually, it entails a challenge for “dollar supremacy.”

The digital Renminbi is expected to serve as the basis for China to promote the internationalization of the Renminbi if China’s GDP overtakes the US in the future. In the United States, the growth of the digital Renminbi can be considered as a challenge to the dollar hegemony, and there is a sense of caution that China may preoccupy the technological criteria for global technological currencies. As such, China’s rush to present the digital Renminbi seems to be based on its intention to take the lead in the global legal tender market against dollar supremacy. While China’s share of global GDP is closer to 20%, China’s percentage of global settlement currencies is about 2% as of May 2020. This is virtually twice that of the Japanese yen, and with the recent corona crisis, which has led to a precipitous fall in national credit, it is likely to be seen whether the portion of international currencies in the yuan will rise.

As stated by JPMorgan’s report, the digital Renminbi can’t shake the dollar’s position, merely if it proves convenient in trade settlements or international remittances, it can gradually drive the dollar out. In summation, as BRI projects are being promoted in Southeast Asia and Africa, there is a high possibility that the digital Renminbi can be utilized to extend its influence in Asia and Africa. Southeast Asia and Africa still suffer low levels of economies, but they bear great potential, thus dominating the digital Renminbi in trade disposition or international payment could pose some threat to US dollar hegemony. Meanwhile, the US central bank has taken a reserved position on the issuance of digital currency. Even so, through the official actions of the Chinese authority or the corona crisis, the US government is also required to develop rapidly in line with the acceleration of digital and online.

Is the future of legal tender digital currency?

Till today, privately-led digital currencies such as Bitcoin have been extremely volatile and highly speculative because of their severe risk. Nevertheless, starting with Elon Musk, funding in bitcoin fueled the bitcoin investment boom. As such, as the method of use widened, opinions were raised that it would eventually establish itself as a form of money. As well, China latterly revised the People’s Bank Act to recognize digital yuan as legal banknotes. As the Chinese rule led the conversion to digital currency with the central initiative, the transition to digital money seems inevitable.

Bitcoin itself began as a kind of critical thinking, of a traditional and conservative precess. That is to say, it went from a defect in the established structure. As if to disprove this, Bitcoin continued to grow rapidly in outlay through explosive interest, centred on younger generations who pay attention to newer and more immediate stimuli. Maybe Bitcoin signals the beginning of an advanced era and reflects the time’s homo-sapiens face. Bitcoin and its controversy may not be the only story in its own right, with an analysis that is mixed with concerns about excessive growth and unpredictable instability, such as success in Bitcoin. This is a kind of conflict between the traditional scheme seen through Bitcoin and the current method that began to commute. The mortals are creating a new order. It is the notion that people must get over distrust of the customary structure, restore trust by reviving the way individuals have lived, and overcome the confusion and pain of the present. It is a clash of chaos that can no longer expect means protection in an era of unpredictable change. Humanity is now witnessing swifter and extremely robust systems than ever before, shaken or even collapse. These ‘latest and stimulating phenomena’ made it difficult for mankind to believe anything. All are variable and it doesn’t matter how and when it changes. In this context, people are watching for something that can show immediate success or return, even if the risk is significant, in order to protect the process by anticipating variables that do not know when it will break up and when it will come out. Bitcoin’s explosive success encompasses all of these characteristics. This is because it has grown while absorbing all these properties. Bitcoin has all the features that this era shows and those who dwell in the present.