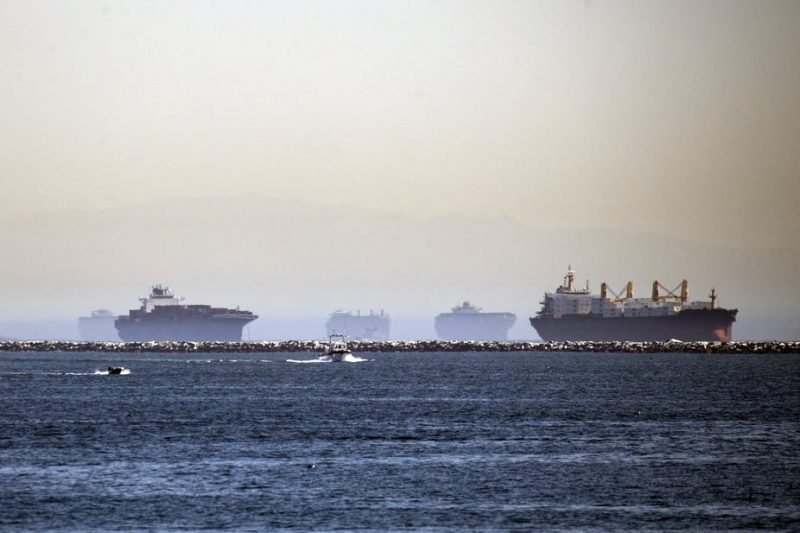 Several months ago, I warned that the crisis in container ships could jeopardise Christmas by leaving retailers without enough goods on their shelves. Since then, there have been similar fears all over the media, not only due to shipping problems but also shortages of lorry drivers and unavailable products. As we approach November, the worst may be coming to the worst.

It is a classic supply and demand mismatch. On the one hand, people around the world managed to save over US$5 trillion (£3.6 trillion) during the lockdowns, and have been wanting to spend some of it now that restrictions have been lifted. This is why the global economy has seen a strong recovery in 2021, with the IMF predicting that global growth will be 6% for the year as a whole. According to an intelligence report shared with me by a shipping broker, that extra demand translated into over 119 million shipping containers between January and August, 6% higher than the equivalent period in 2019.

Supply chains have not been coping with this surge in orders. Ports have been struggling to load and unload container ships quickly enough, with nearly 600 container ships stuck outside docking areas around the world – nearly double the number at the start of the year.

Ports are understaffed because many workers are being kept off site by COVID-19 restrictions. There are not nearly enough containers, because ships that would normally pick up empty containers to return to ports in Asia have been sailing back empty-handed instead to minimise delays.

There are also not enough lorry drivers in numerous countries. It has become well known that the UK is short by some 100,000 drivers, partly because of Brexit, but Germany is short by around 80,000 drivers, while the EU as a whole is short by 400,000. This is making the problems with containers worse.

For example Felixstowe, the UK’s main port for container ships, is full with containers because there are not enough drivers to pick them up. This delays loading and unloading for vessels, creating a four to seven-day wait. Big shipping companies like Maersk have been rerouting to continental ports instead, where goods are reloaded on to smaller ships to sail back to the UK – all of which slows down deliveries considerably.

Another really important problem is a lack of raw materials and components. Suppliers have been caught short because they did not predict such massive demand, and are not as efficient as usual because of COVID. They have also been having to cope with energy shortages in countries such as China, as governments attempt to meet carbon emissions targets. This has meant that many goods can’t be finished, the most recent high-profile example being Apple reportedly stopping production of 10 million – 11% – of iPhone 13s due to chip shortages.

For all these reasons, it is quite likely that you may not get the exact product that you wanted for Christmas in 2021. But how long will this situation continue?

From another private shipping report, a group of global logistics CEOs were recently asked when they expected to see normality returning to supply chains, and only 37% thought it would have happened by the end of 2022. The remainder were evenly split between the first and second quarters of 2023.

My view is that this is too pessimistic. We are seeing the early signs of a global recession, with China and the US slowing down and central banks potentially about to make things worse by reducing the “money printing” that is quantitative easing, and even raising interest rates.

Along with rising consumer prices, not least gas and petrol, this will be making people more cautious about buying things. They will start using some of that saved US$5 trillion to cover more urgent needs, such as warming their houses, so the demand for goods will drop sharply as a result. This will not happen quickly enough to give supply chains much relief this side of Christmas, but it will help them to rebalance in 2022.

The supply of goods will also have increased because of suppliers investing in extra capacity in response to the current shortfalls. For example, again from a private report from a shipping broker, container shipping companies have placed record orders for new vessels with a total carrying capacity of 3.4 million TEU (the standard measure of capacity in shipping, which means “equivalent to 20 feet”). That’s 22% of the entire worldwide fleet.

Another piece of good news concerns decarbonisation. Most container ships still run on fossil fuels, with the industry said to be responsible for almost 3% of global carbon emissions. Changing this will cost many billions of pounds, and a group of major companies including Amazon, Ikea and Unilever has just announced that it will only use ships with zero emissions by 2040.

In this context, there is a silver lining to the fact that the shipping problems of 2021 have made freight rates extremely high – around ten times their usual levels. This has made shipping companies much more profitable than usual, and they will hopefully use some of this windfall to invest in ships that can run on green fuels, as well as new capabilities such as having more control over their speed. When ports are congested, for instance, this would enable them to reduce carbon emissions by travelling more slowly in order to arrive at a time when they have been notified that a berth will be available.

Even then, the big shipping companies will probably keep freight rates high after supply chains have normalised to help pay for decarbonising their fleets. So while I am feeling positive that supply chains will resume normal operations in 2022, it will not be anytime soon that we see transport costs as cheap as they were in the pre-COVID era. That may be one more reason to rethink our global supply model by bringing production closer to consumers. Again, that would probably be good news for carbon emissions.

Stavros Karamperidis is a Lecturer in Maritime Economics, University of Plymouth