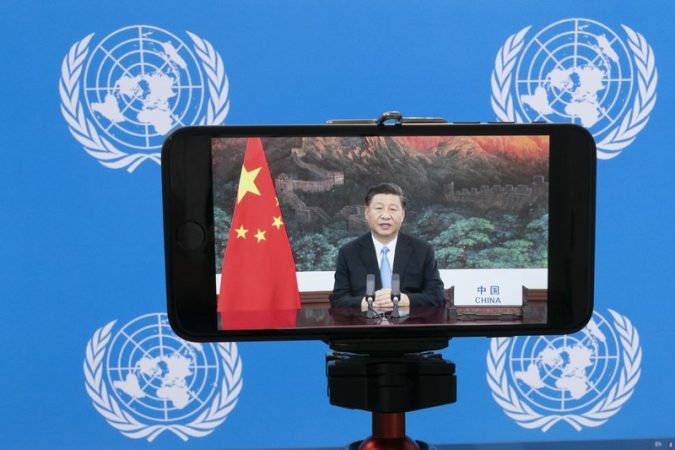 China has again blocked the road to India’s permanent membership in the UN Security Council because of alleged lack of consensus among the permanent 5. India has vociferously reiterated the dire need for “reforms” in UNSC and fair inclusion of developing countries to recognise and maintain the new balance of power in the 21st century. China upholding its stand, reiterated for “package solutions” which should be acceptable and appropriate to reform the top organ of the global body. On Wednesday, February 10, Chinese Foreign Ministry’s spokesperson Wang Wenbin mentioned that at Tuesday’s virtual meeting the two sides brainstormed on security council issues. The two sides exchanged views on upholding and underscoring multilateralism, peacekeeping operations and counter-terrorism, he added.

“As for India’s bid for permanent membership to the UNSC, I can reiterate China’s principled position on this. China has been a supporter of Security Council reform, advocating that the reform should enhance the Council’s authority and efficacy and that priority be given to the increased representation and say of developing countries, with a view to enabling more small and medium-sized countries to participate in the decision-making of the Council,” -Mr. Wenbin mentioned.

India, Germany, Brazil & Japan forming a G4 bloc has expressed their frustration over the sluggish pace of reform of the UN security council and insisted on reform which should be conducive to all the contending countries. At present UNSC comprises 5 permanent members, traditionally USA, Russia, China, France & UK along with 10 non-permanent members which are elected by the UN General Assembly. These P5 countries bear the power to veto any resolution independently and hence there is growing anxiety and concern among the evolving powerful countries to achieve a permanent representation at World’s powerful institution in order to recognise and respect the changing equation in world politics.

On 1 January 2021 India, along with Kenya, Norway, Ireland & Mexico began its 2year term as non-permanent members. India has got a glorious opportunity to act as president of UNSC in August 2021 and to preside over the council again for a month in 2022. On this achievement, Ambassador T.S Murthy (India’s permanent representative to UN) said, “I feel India’’s presence in the Security Council is needed at this juncture when there are deep fissures between P-5 themselves and also between other countries. The UN is losing coherence and we hope to bring this back by focusing on issues of priority to all member states”

It is evident that Prime Minister Modi, addressing the virtual high-level General Assembly session in September 2020 insisted on reform in UN character and questioned: “for how long will India, the world largest democracy and home to 1.3 billion people be kept out of the decision-making Structure of United Nations.” On February 9, the Indian delegation briefed the Chinese side on India’s priorities during its UNSC tenure. As per the Indian Ministry of External Affairs, “Both sides discussed a wide range of issues on the UNSC agenda,” the statement said. The two sides also “agreed to continue their engagement on key issues” on the Security Council’s agenda”.China is the only impediment which derails India’s effort to achieve a permanent seat at the security council, whereas all the other Permanent nations are in congruence with India’s inclusion as a permanent member and accommodate diversity and multipolarity in the organ and foster robust cooperation to mettle out common adversaries.