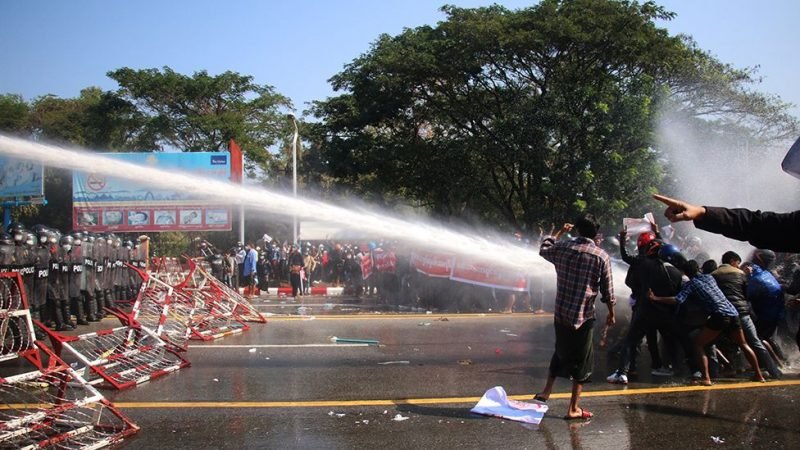 It was the second assault on democracy in 2021. After the deadly riots at the US Capitol, in a stunning show of power, the Myanmar military carried a coup d’état against the civilian government of President Win Myint and state counsellor Aung San Suu Kyi reversing the decades of progress the idea of democracy made in the ‘Golden Land’

Democratic transitions are often messy and the idea of a peaceful transition of power, no matter how appealing it sounds often takes a huge toll on the incumbents especially in the case of military generals who as they say seeks relevance in event of no wars. It often takes months, years and sometimes decades for a political system to mature and change. The case in point of Myanmar is however deeper.

This is a case of deep power struggles between the Tatmadaw (the official name of the armed forces of Myanmar) and Aung San Suu Kyi, an interesting saga of manoeuvres by each other. The battle of relevance and political upmanship culminating into’ the guy with guns’ winning the show.

It was the moderate Thein Sein who decided to let the process of transition to a democratic setup take place. The process that began in 2011 slowly shaped the nation’s political climate leading up to 2015 election when Suu Kyi National League for Democracy won a landslide victory and formed the government. The thaw between military and civilian leadership was premised on the edifice of the constitution reserving 25 percent seats for the military and Suu Kyi herself not becoming president due to the constitutional provision of anyone having a foreign spouse debarred from the highest office, a provision specifically put in the constitution to debar her from the office as her late husband and sons are British nationals.

Besides the Tatmadaw like all south Asian nations evokes a sense of pride and respect in the common Burmese citizen minds harping on the legacy of Bamar Buddhist identity. The military’s strong stance on the minorities and insurgent groups always kept it relevant enough to keep the generals stay contented with the setup.

This, however, began to change when the Rohingya crisis broke out. Suu Kyi’s forceful defence of the nation’s stand against the Rohingyas in the ICJ might have resulted in the loss of some international fans and the calls of rescinding her Nobel prize but it made her more popular in Myanmar. Ma Suu in defence of the nation added to her motherly stature so much that it caused consternation in the military. To top this her forceful purging of her rivals from the NLD, strong stance against journalists, restricting minorities from participating in elections added to her strong image so much so that Tatmadaw started fearing for its future.

The Tatmadaw in itself in the backdrop of these happenings went from being an accommodative liberal organization to the arch-conservative institution, something it was in the past. More than Min Aung Hlaing (the military general leading the Tatmadaw) and Suu Kyi personal feud and his own ambition to stay relevant. It is a conservative backlash against too much ceding of power by the ilk of Thein Sein back in the beginning of last decade.

The perceived Suu Kyi’s recalcitrant attitude imbued a sense of a crisis in making if NLD were to win the 2020 elections. The NLD resounding victory and military protégé USDP humiliating defeat in the election sounded the alarm of a changing tide in Myanmar and Tatmadaw like any other military regime took over the reins in the name of election frauds and turned the clock back to the time of 8888 movements and how it ended back in the 90’s

The Tatmadaw ouster of civilian government while being the first is not a new attempt at subverting the democratic process. Having managed the sanction part of the regime well, the military is both emboldened and coy about any similar instance in the future by the western powers. According to many experts, Suu Kyi’s bonhomie with President Xi Jinping also annoyed the generals and the coup is expected to exhibit Beijing of who is in charge. For India, the coup while presenting ideological discomforts is a path already traversed in the ’90s. while India will criticize the junta, it will also engage with it like we have done in the past. The junta recent statements and its swift reprisal of the pro democracy protests are if anything is a tale to be told in days to come. As of now, Myanmar’s path to democracy is subverted and is jammed by unhinged political ambitions and the quest for relevance. Whither Myanmar remains unknown…