New Delhi Reaching Out To the EU: A Geopolitical Gamble In The Indo-Pacific 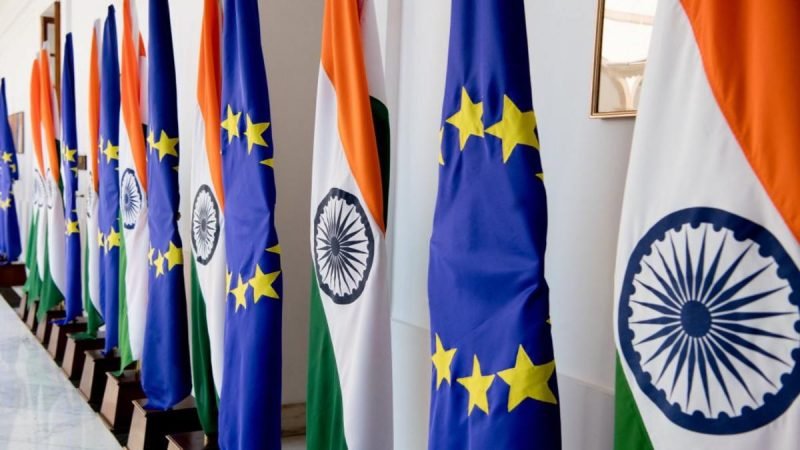 Amidst the period of various challenges and uncertainties, the EU is keeping many options open by looking towards an increased focus on the Indo Pacific region where Beijing is currently, foreseeing its geopolitical gains in the Himalayas, Taiwan Straits and the South China Sea.

New Delhi could be a bridge of convergence if there is a need for collective security and balancing since in 2020, Germany and France were the earliest parties to endorse this convergent Indo Pacific where many countries have been apprehensive vis-à-vis China’s passive role in the Covid-19 pandemic. The Indian Oceans and the Pacific are very important areas of trade for the EU since 90% of their maritime trade takes place through this route.

EU is sceptical about increased Chinese dependency through infrastructure projects and economic development in the future. It has another counter where New Delhi could play an essential role. EU has remained critical of Beijing, ever since the BRI initiative were being promoted by Beijing, they decided to keep a watch on their security and information technology which could be used in espionage initiated by the Chinese through intelligence units and capabilities.

But unfortunately, the reverse happened where the EU signed the CAI Investment Deal with China in December 2020. Noted defence expert, Samir Saran opined that the EU could be tied to chains by authoritarian power, while the latter is talking about multilateralism but it is bilateral. Under Joe Biden’s term, Washington may not be harsh as it was under the previous administration which leads to uncertainty among like-minded partners and democracies. There is a need for the EU to open doors to other options while looking into such opportunity costs where power is using incentives to rope in another for its own selfish geopolitical ambitions.

Brussels, according to Dr. Arvind Gupta’s article, must also take into account of rising opposition amongst various members, at a time Beijing is envious of any further coordination with Washington rather than getting trapped in this trade deal.

New Delhi: An Option to Be Seen

India and EU have been keeping these threats under the strategy of partnerships, which are being carried out frequently since 2004. Also, the two parties have collaborated on educational, cultural, technological, digital and economic exchanges for mutual benefit, increased win to win cooperation. In order to counter-hegemonic intentions of various powers, New Delhi and Brussels could collaborate on promoting multilateralism in global initiatives such as the International Solar Alliance, G-20, EURATOM etc.

In the recent 15th India-EU Summit, many common concerns were discussed so that the two countries work towards order and multilateral cooperation in international organisations rather than falling under a CCP order. There was a mentioning of ensuring peace in the seas, free from any non-traditional threat such as piracy, maritime commons, flora and fauna. In the MEA press statement, it was also highlighted about showing respect towards the UNCLOS and EU supporting the Indian Ocean Rim Organisation.

Tie up with the EU is an important collective security measure in Asia. EU cannot be dependent on a power which passively making gains. EU could also engage with the ASEAN, Australia, Japan and India based on topics of convergence such as cybersecurity, climate change, freedom of navigation and human rights.

For New Delhi, this is an opportunity to increase its outreach, which is really needed for image building at a time when the world is tackling a virus. Vaccine development is a key point where the two parties could collaborate with sharing information and technology where even India could open another door open for EU.