Drones in Warfare: Merits and Limitations 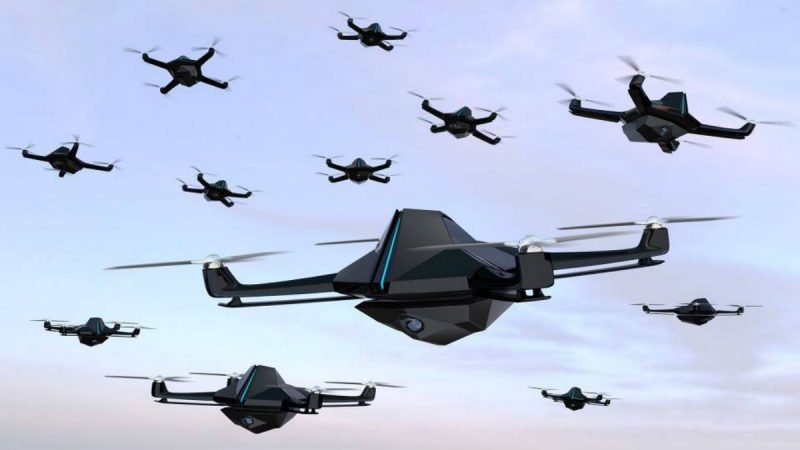 Between 2000 and 2020, drones use extensively gained momentum as they become tools of war in critical regional conflicts in various parts of the world. Quite recently, Azerbaijan’s successful use of drones against Armenia in the Nagorno-Karabakh region vividly attracted the world’s attention towards drones. Some military experts claim that drones are a total revolution in military affairs and they will end conventional warfare, especially the use of tanks on the battlefield. Some military experts contrarily believe that drones alone cannot do much in a war, and they are merely one of many unconventional means of achieving the objective of war.

Initially, the purposes of drones were reconnaissance, decoys, and locating adversary’s positions. The US in Vietnam and Iraq and Israelis in their wars used drones for these objectives. In 1964 the US launched its first reconnaissance drone (Ryan Model 147) against Vietnam.  As technology burgeoned, the efficacy and lethality of drones started reflecting in the war zone.

The Israeli Harpy drones performing kamikaze attacks on spotted targets since the 1990s. But the first weaponized drones were the US Armed Predators that became operational in 2001. On 7 October 2007, the US launched its first combat drone, the MQ-1 Predator. It was large and based on reconnaissance drone technology equipped with small Hellfire missiles.

Within two decades, the combat drones were used massively. The US used them in Iraq and Afghanistan. Turkey used its drones in Syria against the Syrian forces. In late 2020, Azeris used drones to great success against Armenians. The latter was decisively defeated and lost its annexed territory in the region.

From its regional partner Turkey, it purchased Bayraktar TB2 (medium recon and attack) and STM Kargu (loitering weapons). Before attacking it acquired knowledge of the air defence of Armenia. According to data available, Armenians air defence included: Strela 10, Osa, Tor, Pantsir, and S-300 in its air defence.

None of them theoretically and practically achieved superiority over drones.

Russian Osa SAM system is better than Strela 10 but it is also regarded old for modern battlefields. Its radars are not as powerful as the Osa was not designed to find small drones with small radar signatures. Also, attacks from multiple directions could easily overwhelm the Osa SAM system. Turkish Bayraktar drones could easily eliminate Osa SAM systems.

Russian Tor SAM system is relatively modern. Its radars are harder to jam. It can counter multiple attacks. Armenia procured its truck-based version in 2019. But according to experts, the Tor system cannot win over drones and four to five drones could easily ensure the victory against it.

Russian Pantsir Air Defence system is specially designed to deal with drones. Pantsir is guided by data links and it is capable to intercept kamikaze drones. It is equipped with cheap missiles that could provide sufficient defence from small and medium-sized drones. In the Syrian civil war, the Syrian forces used Pantsir yet Turkish and Israeli drones successfully destroyed them without much difficulty. Similarly, in the Nagorno-Karabakh conflict, the Armenian Pantsir were surprised and jammed by swarms of drones. Drones are advanced in jamming and could easily claim superiority over Pantsir.

S-300 is a more complex system, the missiles of S-300 are quite expensive and extremely risky to be used against cheap drones. Armenia engaged Azerbaijan’s cheap drones with expensive S-300 and in the process of engagement, the location of SAM systems was exposed, and as per reports, six S-300 systems were destroyed by drones.

Kamikaze drones such as Israeli Harops were extensively used in the Nagorno-Karabakh conflict. Harop is a complex system, its attractive quality is that it can return home if no targets are found.

However, it is important to understand that drones’ effectiveness is only limited to a scenario where one of the two sides is richer and more potent in military capabilities. In the Nagorno-Karabakh conflict, the Purchasing Power Parity of Armenia is 0.04 trillion USD against Azerbaijan’s 0.14 trillion USD.

Richer and stronger militaries can always afford to leverage their advantages through procuring advanced technologies over the smaller opponents. There will multiple issues arise in a conflict where the two or more involved countries will have an identical technological level and military strengths.

Most of the drones rely on optical sensors and these are difficult but not impossible to jam.

There are two ways to sending commands to drones and receiving their feedbacks: 1) via ground-based data links and 2) via satellite. To block functional drones, the jammers need to come in between data links or satellites.

Drones command also needs a station. The crew can hide but the communication lines cannot as it blares electronic emissions all the time when it communicates drones. A capable opponent can easily locate the position of the command and destroy it. For such tasks, the ELINT such as RC-135 Reconnaissance can be used to geolocate electronic emission sources.

It is way harder to jam links between drones and satellites. It is difficult because to jam drones guided by satellite means that one has to place something continuously between a satellite and drone. Even if it is possible, jammers are not a perfect solution because they can only protect in a small area.

A major issue with drones is their bandwidth. Various militaries around the world are concerned about the bandwidth. In 2003, the US military increased the bandwidth of its drones and since then it is increasing. If a large-scale war happens bandwidth usage would spike up and some drones might not have access to frequencies. In such a scenario the ground-based data links centers and satellites would become redundant.

The Drone Warfare between the US and China

US and China have similar capabilities in drone technology. If they will go for drone warfare then they will have multiple platforms to monitor airspace where they operate their combat drones. Loitering suicide drones will be used extensively in such a scenario.

The US has tactical drones that are capable of Kamikaze attacks such as Raytheon Coyote and Switchblade. The US also has cruise missiles that can loiter for hours and refresh its target.

Both the countries have multi-layered radar networks and SAM networks therefore using swarms of the drone on the battlefield is pretty obvious. The battlefield for them will only become different only if one or both of them able to develop AI for drones .

Namita Barthwal is a PhD. Scholar in the Academy of International Studies, Jamia Millia Islamia, New Delhi. She is studying contemporary warfare in South Asia.