Towards Reshaping and Reconstruction: EAM Jaishankar’s visit to Sri Lanka 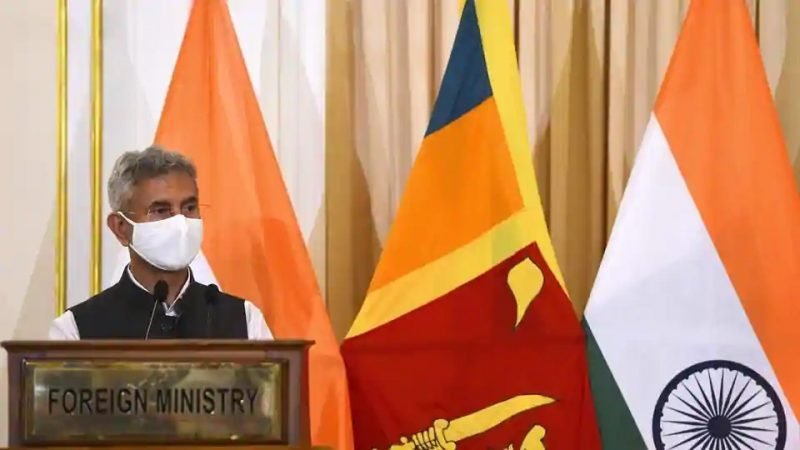 India and Sri Lanka concluded the diplomatic meet on 7th January 2021. This is the first state visit for the year by the External Affairs Minister and therefore this meet could be summarized as detrimental to both the countries in terms of bilateralism. External Affairs Minister, S. Jaishankar called on Sri Lankan President Gotabaya Rajapaksa, Prime Minister Mahinda Rajapaksa and Foreign Minister Dinesh Gunawardena. As India is trying to counter growing Chinese outreach in the region, the visit is expected to be significant on a strategic and diplomatic grounds for India’s national interests.

India and Sri Lanka’s relation is almost 2500 years old. Both the countries, in recent years have been working closely in all levels, trade and investment have been booming along with the long-drawn legacy of intellectual, cultural, linguistic interaction. EAM Jaishankar at a press brief mentioned that both the countries are attached to strengthening their close and cordial relations in all spheres of mutual interest. But the key highlights of this year’s visit primarily focused on three pertinent agendas- post-COVID challenges, ethnic complexities, trade and commerce. The other issues involved maritime security challenges, fisheries and the roadmap for Indian investors who, as the EAM mentioned are ‘ready to invest’ in Sri Lanka.

Beginning with the adversities presented by COVID-19, Jaishankar resumed taking charge for supporting Sri Lanka’s recovery in the post-pandemic era. He stressed that the Indian economy has slowly started to recover which is indicative of growth and the willingness of foreign investors to invest in the country. As the Indian vaccines have made quite a stir globally, EAM Jaishankar promised to send out the same vaccines to its neighbouring countries on a priority basis. This trait highlights the massive policy of ‘Neighborhood First’-something which India has always stood by. In a media briefing, the Sri Lankan Foreign Minister Dinesh Gunawardena

expressed his gratitude to the Indians for expanding a hand of assistance in such daunting times. He stressed that as a reciprocation to India’s Neighborhood First policy, Sri Lanka has implemented its ‘India First Policy’ and would continue to adhere to it in the times to come. Apart from this, Sri Lankan Foreign Minister celebrated the Act East Policy, which has scared the country with a much positive result. The growing strength and commitment of bilateralism between Colombo and New Delhi is a result of such penchant policy implementation.

Even though, both India and Sri Lanka have cordial relations since the last few years, yet, the history of the relationship between both the countries is marked with severe ethnic conflict in the island nation concerning the migrated Tamils from India. This is, of course, something not new but it’s precisely a strain on their relationship. The activism of Liberation Tigers of Tamil Eelam (LTTE) has profoundly impacted the politics within and outside Sri Lanka. The long battle of secession resulted in many accords being signed between India and Sri Lanka, however, that did not resolve the issue altogether. But to the surprise of the Indian diaspora, EAM Jaishankar addressed the elephant in the room and pointed towards ‘ethnic inclusivity’ and commitment towards a policy which would unify and stabilize Sri Lanka’s territory. The press brief stated, “It is in Sri Lanka’s own interest that the expectations of the Tamil people for equality, justice, peace and dignity within a united Sri Lanka are fulfilled.”

Following the above-mentioned statement, Jaishankar’s counterpart Gunawardena mentioned that Rajapaksa administration is fully committed to the welfare and progress of all its citizens, indicating towards Sinhalas, Tamils and the Muslims of Sri Lanka.

Moving towards trade and commerce, the visit would be a driving force to Colombo port’s Eastern Container Terminal (ECT) project, which had been delayed so far alongside it will provide an impetus to the other round of negotiations for $1 billion currency swap arrangements. The credit line has also been extended as remarked by the EAM, which further will boost the line of trade between India and Sri Lanka. Other issues concerning fisheries and maritime challenges were discussed on the visit. The matter of fisherman crossing the International Maritime Boundary line has greatly concerned India, as previously some fishermen were detained under Sri Lankan custody. The straying of fishermen is common around Palk Strait and the Gulf of Mannar. Both sides agreed upon to continue the leverage upon some earlier disputes by bringing it to a settlement by negotiations. This will unfold various new deals and agreements to enhance cooperation in several dimensions like trade, science and technology and infrastructure and medical area after facing a great loss in the pandemic. In this crisis, it is evident that both countries have been collaborated for joint ventures and projects to reimburse the damage caused to the economy.

The visit of the EAM to Sri Lanka is quite symbolic in the present scenario. This could be a larger agenda to counter the growing presence of China in South Asia. With Sri Lanka leasing out the Hambantota Port and many other port development projects to China, India must cater to its neighbourhood. The transgression of Chinese in and around South Asia could act as a barrier for India in terms of regional development. Although the commitment of Sri Lanka to its India First policy is paramount, the grant offered by the Chinese to Sri Lankans for post COVID rebuilding cannot be ignored. The growing affinity between Sri Lanka and China is something that India must realize and mould itself in ways which would not only boost bilateralism but also assist in overcoming the shadow of China on its neighbours.

EAM Jaishankar’s visit to Sri Lanka would continue to impact the cordial relation between the two countries and this level of cooperation and dialogue stands a humungous chance to strengthen positions in BIMSTEC, as Sri Lanka leads the organization. As this visit opens a new plethora of opportunities for both India and Sri Lanka, it would be an insightful event to watch as the nations unfold themselves in the post COVID reconstruction and rebuilding.