Is Turkey heading toward regional isolation? 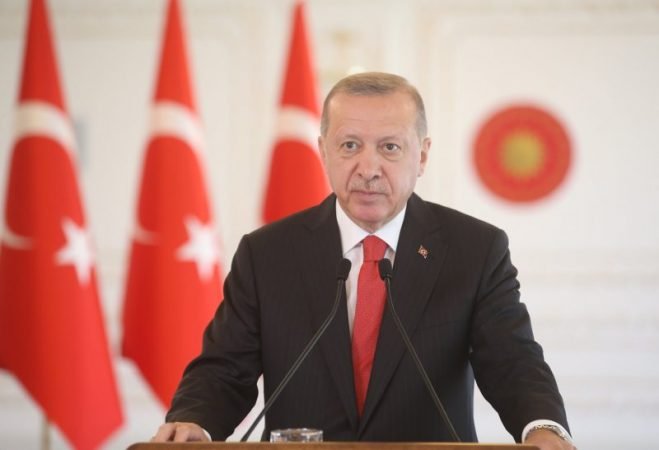 The recent signing of the Abraham Accords between Israel, Bahrain and the UAE have brought up a renewed discussion on the balance of power in the Middle East and how this may be shifting. Much discussion has focussed on the ‘Sunni bloc’, led by Saudi Arabia but, equally important is the formation of a counter bloc to this. In particular, Turkey, a post-imperial state increasingly looking to assert its influence in the region, finds itself at odds with other regional hegemons and is beginning to show signs of forming a bloc of its own in opposition to the Arab Gulf states. Turkey has long grappled with its Ottoman history and its role as a post-imperial state. President Erdogan has been seen to be feeding into this sentiment, stirring up nationalist voices to try to regain that lost glory. Due to its geographical location, Turkey also has other considerations, such as its NATO membership and its relations with the EU, for which it has long sought membership. Recent Turkish foreign policy could potentially threaten all these relations and is increasingly relevant to what kind of future will emerge and what will come of existing regional conflicts.

Turkish response to the Abraham Accord

The normalisation agreements signed between Israel and the Arab states Bahrain and the UAE no doubt strengthened an already forming regional axis between Saudi Arabia, Bahrain and the UAE. Bahrain and the UAE normalising relations with Israel, above all, adds Israel into the mix of Middle East alliances and onto the side of the Sunni nations, more evidently than ever, rallying against Iran and Turkey with both states pursuing aggressive foreign policies.

Expectedly, both Ankara and Tehran were displeased by the signing of the Abraham Accords. They condemned the accords, Turkey even threatening to cut off diplomatic ties with the UAE. Both nations considered the move a betrayal to the Palestinian cause and condemned the Arab states normalising relations with Israel for abandoning the Palestinian cause. Still, what the accords boldly points out is the precedence of security interests for the Persian Gulf states, who have chosen to let go of their traditional stance of withholding normalisation until a Palestinian state is formed. However, all Turkey’s condemnation of the Abraham Accord comes with the fact that Ankara itself has enjoyed full diplomatic relations with Tel Aviv for decades. Evidently, President Erdogan’s vocal support for the Palestinian people, comes with an underlying political agenda.

If examined closely, one can see traces of a domestic agenda in Turkey’s recent foreign policy. President Erdogan opened the Turkish parliament’s legislative session on October 1 with a speech that gave special attention to the Palestinian issue. He brought up the Ottoman empire, again signalling his keenness to regain that kind of influence and power in the region, stating that “Jerusalem is our city” referring to the Ottoman rule over Jerusalem lasting 4 centuries. He continued that Turkey considered it an honour “to express the rights of the oppressed Palestinian people on every platform, with whom we have lived our centuries.” Dr. Hay Eytan Cohen Yanarocak, an expert on contemporary Turkish politics tied these statements to domestic politics linking Palestinian support to Turkey’s upcoming election, and President Erdogan’s desire for electoral success. He states that in his speech President Erdogan carefully mentioned states composed of Turkey’s minorities- Greece, Armenia and Israel. Thus, lashing out against these states, militarily in the case of some but verbally against Israel, he is doing so from an electoral perspective. Thus, President Erdogan’s fervent support for the Palestinian cause and condemnation of the Abraham Accords is also about “defining the way that the Turkish majority perceives minorities within the country, and how that perspective is reflected in President Erdogan’s foreign policy.”

Turkey’s allies in the region

Although Turkey’s foreign policy maybe influenced by the President’s Erdogan’s hope for a successful election, it still has significant impacts on the region and Turkey’s alliances. President Erdogan’s choice of militarized diplomacy remains rooted in domestic politics, accentuated by the weakening economy, only worsened by the Coronavirus pandemic. He particularly needs to portray himself as “a saviour of a nation attacked on all sides so that he can cruise through the election”. This explains the focus on regional tensions and Turkish involvement and aggressive stance on issues. However, what this is achieving is an increasing list of detractors including regional hegemons such as Saudi Arabia and Egypt. Turkey repeatedly criticising these nations and opposing them in regional conflicts such as Libya, where Turkey and the UAE find themselves on either side of the conflict, leaves it increasingly isolated from the Arab Gulf nations. According to Soner Cagaptay, Director of the Turkish research programme at the Washington Institute for near east policy, Turkey is isolating itself, having good ties with no Muslim majority country nearby besides Somalia, Qatar and half of the government of Libya.

Moreover, Turkey is not just choosing its position in the Middle East, but also potentially alienating itself from the US and EU. “Turkey- increasingly assertive, ambitious and authoritarian- has become “the elephant in the room” for NATO” according to some European diplomats. Turkey, despite recent aggression, is still a big powerful and strategically vital element of NATO, which hinders an open confrontation. Yet, some NATO members feel that Turkey is really beginning to put into question NATO’s ideals of democracy and collective defence. Already, Ankara finds itself in opposition to the West over matters in Syria, Libya, Iraq, Russia and now the eastern Mediterranean. Matters of natural gas in the eastern Mediterranean in fact have led to alliances amongst Greece, Cyprus, Israel and Egypt- against isolating Turkey in the region. As for the US, Philip H. Gordon, a foreign policy advisor who dealt with Turkey during the Obama administration says that “it’s getting hard to describe Turkey as an ally of the US.” So far, President Trump’s contempt for NATO and appreciation for President Erdogan has helped maintain relations between Washington and Ankara, but there are serious questions to be raised if former Vice President Joe Biden is to win the upcoming US election, and how he will respond to Turkish foreign policy.

Beyond NATO, Washington individually is beginning to distance itself from Turkey. The Center for American progress, an American think tank, has already recommended that the US “actively deleverage itself from its relationship with Turkey, especially on security matters”. They recommend that it’s now necessary for Washington to take a new approach toward “a more assertive Turkey that is willing to make unilateral action and defy alliance norms”. President Erdogan has made it clear that he wants to take a more independent route and act less in line with western security partners, and thus the west must adapt accordingly- suggesting a period of distanced or strained relations with Ankara, focussed on reducing American reliance on Turkey. This comes after, relations with Ankara have further strained over Turkey using equipment made by Chinese telecom giant Huawei, which the US believes could be used for espionage, complicating bilateral military cooperation. In warning Turkey against the use of this, Washington is trying to protect is defence and security networks according to Secretary of state Mike Pompeo. Although Emre Caliskan, a research fellow at the Foreign Policy Center in the UK, believes that Turkey’s move toward China and Huawei is guided by financial interests, “any attempt to diversify Turkey’s suppliers from the western system raises questions about Turkey’s motivations. It signals at Turkey being well aware of the deteriorating relations with various western states and thus is protecting itself in some ways.

The EU as well are at a similar crossroads with Turkey. Yet, instead of pressurising Turkey, they are appeasing Ankara, pursuing “cool head diplomacy”. The EU, after much debate, has chosen not to impose sanctions, due to underlying strategic interests. German Chancellor Angela Merkel is, especially in a precarious position. She must take into consideration the opinion of 3.5 million Germans of Turkish origin when deciding policy. Moreover, the 2016 EU-Turkey refugee deal is especially critical now as President Erdogan is effectively able to hold this over the EU in case it enforces stricter measures toward Ankara. The deal broadly offers Turkey funds to take care of refugees, stopping them from trying to cross the Turkish-Greek border and has thus become a viable bargaining chip for President Erdogan. As a result, the EU also feels increasingly threatened by Turkish assertiveness and is finding it challenging to cope with the attacks on its key ideals, creating discontent in various EU leaders.

Therefore, along with the division lines that the Abraham Accord began solidifying, Turkish foreign policy has indicated which side of the two regional blocs forming in Middle East Turkey is on. Turkey’s desire to become a leader for Sunni Muslims and regain its lost Ottoman influence, perhaps gaining President Erdogan support from nationalists and the more pious population, but there “is increasing the risk that a coalition of Western countries will be formed in addition to those in the Arab world” threatened by Turkey’s aggression. This will leave Turkey quite isolated in the region, seeking alliances potentially in Iran and other nations at odds with the Sunni bloc. These new blocs, which are already often on opposing sides in regional conflicts has significant perilous effects on the nature of the conflict, and the severity in the case that it becomes a proxy in a greater regional tug of war for power and influence.