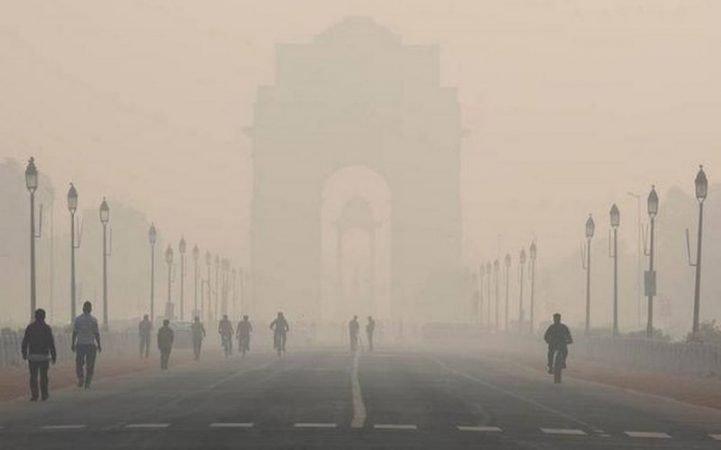 Air quality in India’s capital, New Delhi, deteriorated sharply on Tuesday as wind died down just as the burning of crop waste in fields sent smoke billowing across the north of the country.

A smoggy haze settled over the city, reducing visibility significantly, as the Air Quality Index (AQI) rose past 300 on a scale of 500, indicating “very poor” conditions that pose a risk of respiratory problems, according to the federal pollution control board’s guidance.

“Wind speed was supposed to pick up due to a deep depression in the Bay of Bengal, but that did not happen,” SAFAR, India’s main environment monitoring agency, said in its daily bulletin.

PM2.5, particles that are less than 2.5 microns in diameter, can be carried deep into the lungs, causing deadly diseases, including cancer and cardiac problems.

“The AQI is likely to be in the very poor to a poor category for the next two days,” SAFAR said, as the burning of crop waste, which accounts for about a quarter of air pollution in winter months, picked up.

Every winter, a thick blanket of smog settles over northern India as a combination of factors such as the burning of stubble in fields, industrial emissions and vehicle exhaust brings a spike in pollution.

Since Oct. 1, Delhi’s average AQI was more than 36% higher than the figures for the same period a year ago, according to data compiled by Reuters.

Up until September, New Delhi and its satellite cities, which last year accounted for half of the dozen most-polluted cities worldwide, had enjoyed respite due to a strict lockdown to stem the spread of the novel coronavirus.