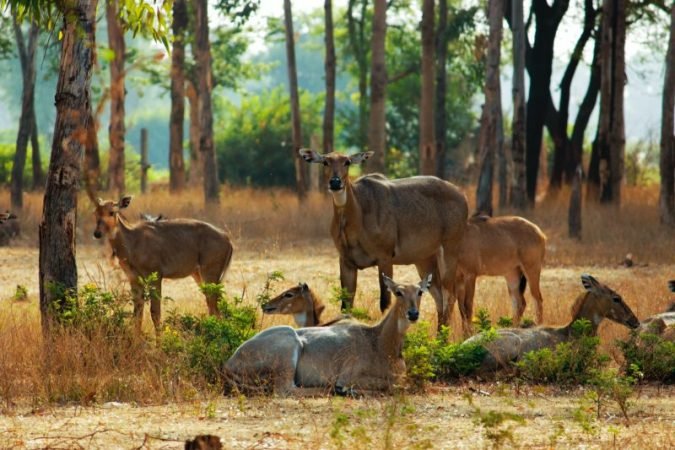 Ever imagined what a mix of polar bear and grizzly bear would look like? Pretty adorable, right?

Now imagine a cross of tigers and lions; or Narwhals and Beluga whales, doesn’t it all sound like creatures from mythology or a legend? Well, other than Grolars, Ligers or Narlugas there are more than 34 possible and current hybridizations due to impact of climate change according to a study conducted and published in 2010 in the magazine “Nature”. This might happen as a result of global warming and the loss of the ice sheets which forces southern polar bears to the northern American region where they encounter the brown North American bears.

It’s astounding how animals have this capability to develop and adapt in their environment according to certain difficult conditions, but the emergence of such odd hybrids at an increasing pace has started to cause a feeling of agitation amongst scientists and environmentalists.

Another concern that is raised is even though many species are trying to adapt to the changing situations, some are still just thriving, there are others which are not able to adjust their behavior according to the same, creating bigger problems not just for their own survival but for others as well.

Thus climate change has become a truth that denies the hyperbole because it is here, and the condition today looks worse than it was a few years ago, frequent flooding in major countries in the USA, drought and decrease in groundwater in the great plains, costlier and tougher wildfires in Australia and California and additional 250,000 deaths in around the world according to World Health Organization till 2030 are some of the major predictions.

According to the International Union of Conservation (IUCN) even a 1 degree rise in the mean global temperature causes unexpected and serious impacts on the animal species, affecting their behavior, genetic composition and even survival. Climate change is currently affecting 19% of species listed as threatened under the IUCN threatened species. Corals that are abundantly present in nature are facing rapid decline in their species due to mass bleaching, ocean acidification and other anthropogenic activities.

Other impacts of climate change that have been noticed include birds laying eggs earlier than the usual years, animals hibernating sooner; low sea level rise is causing turtles to lose their nesting beaches and disruption in the food chain.
Mammals like Bramble Cay melomys already got extinct in 2016 due to climate change  and are only left in pictures. And it is predicted that by 2100  an estimate of around 50% of all the species on planet earth can face the same .

It is believed according to the new studies that if the crises of climate change go unchecked, it could lead to death of wildlife species and a complete collapse of nature and ecosystems. According to the lead author of the study published in “Nature” Alex Pigot, many species can adapt to certain levels of temperature rise, but once that threshold is crossed, these

species experience situations they haven’t gone through before, which leads to death and further collapse of the entire ecosystem as well.

However it is still not a complete doom and gloom and measures could still be taken very cautiously to avoid and decrease the impact of climate change on wildlife and its habitat.

Even though the first few solutions to reduce and reverse climate change could pop up in one’s mind as bringing a change in their lifestyle or eating habits. But according to various researchers other than these, there is a more important need to conserve our planet, forests, oceans, grasslands and wetlands. This will provide up to 37% of mitigation that is required by 2030 to keep the rise of temperature below 2 degrees Celsius.

Efforts of the Paris Agreement on climate change have for the first time brought all nations at a single platform to discuss the common cause and its solutions. It aims at keeping the global temperature rise for this century below 2 degrees Celsius at pre industrial levels and pursues to limit the rise even further to 1.5 degrees Celsius.

It is observed in the past five years that around six out of ten Americans are now startled and concerned about climate change.

Another silver lining that has come to the notice is that major countries like the USA, Mexico and Japan have started to collaborate globally and locally through various organizations to combat the climate change issues. This not only sets an example for the developing and underdeveloped countries, but they can

also follow the footsteps of these nations and challenge the climate change at their levels.

A commitment to learn about the risks to wildlife, its habitat and a collective action to reduce the global footprint has become the need of the hour.

Indeed, considering the amount of damage that has already been done to the environment through neglected anthropogenic activities preservation seems a difficult task. But, environmentalists, scientists and leaders world over are striving hard to reverse the damage before it becomes completely irreversible. Thus it becomes necessary that we at individual levels also realize its importance because the protection of wildlife and its habitat is vital for the functioning of the planet.