The (in)famous Wartime Sexual Violence on women during WW II 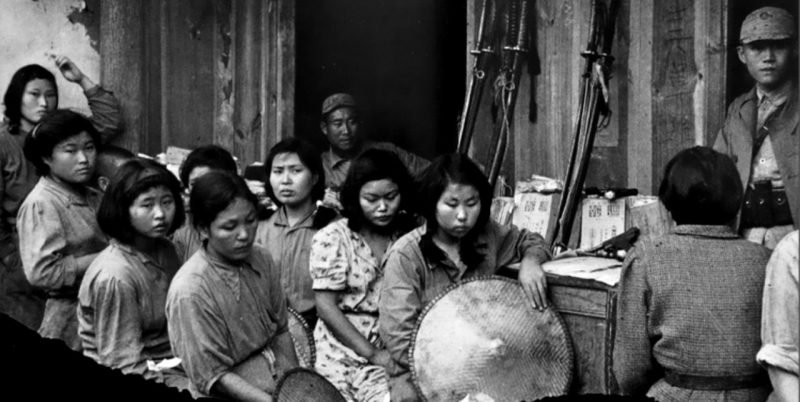 The historical record of sexual violence at the wartime, especially World War II is silent to preserve masculine honour and female purity as scholars argued. The voices of victims and atrocities of sexual violence did not get a considerable amount of care. Moreover, the historical attempts have highly focussed on the condemnation of masculine, feminine and community honour caused by sexual violence. The mentioned referring to shaming and embarrassing the male counterparts for their incapability to protect the ‘honour’ of ‘their’ women. The other factors for the secrecy of sexual violence are social and cultural discomfort with sex and sexual violence wherein victims feel ashamed and stigmatised to recount their sexual victimization. Besides, scholars have witnessed that somewhat misogyny of historians and policymakers who didn’t feel essential to take into account of the women experiences of violence.

The research will focus on three distinctive sexual violence cases during WW II to unearth the atrocities inflicted on women that subtly had lost into silence and resistance in the study of sexual violence and war. Besides to understand the essentiality of accountability by the perpetrators from the respective country.

The ‘comfort women’ of the Imperial Japanese Army in WW II is the most extreme institutionalised sexual violence against women. The scholars have argued that euphemism ‘comfort women’ that masked the gravity of government-sponsored human trafficking. The motivation for creating ‘comfort women and station’ was not to repeat the history of mass rape that Japanese soldier did in Nanking, China that could have demolished the public image of Japan. With the fear of the country’s reputation in the eye of the world, the Japanese emperor initiated the system of ‘comfort women’ also a reward to soldiers fighting for the Japanese Empire. The other justifications provided by Japanese Army for implementation and maintaining of Comfort women station to prevent rape by the former that could raise the hostility of inhabitants of the occupied area; to boost the army morale; to discipline the behaviour of soldiers. Despite, of Rules of Use for Military Comfort station, created by the Japanese military to avoid abuse on comfort women, none of the soldiers abided it and thousands of women got victimized. Comfort women involved unmarried young women as young as twelve years old primarily from Korea and China and other Southeast Asian countries who Japanese deemed as culturally inferior people. These comfort women got either enticed with the false promise of receiving jobs such as housework or they got kidnapped/ coercively recruited. Eventually, they ended up in the brothels/camp stations nearby the war zones wherein they got forced to serve 30-40 soldiers per day without any rest and pay. According to the testimony of Yong Soo Lee, the comfort women survivor, she commented that “it was not a comfort station, it was slaughterhouse” wherein the women were beaten, tortured or killed if they refuse to provide ‘comfort’ to the Japanese soldier. If these ‘comfort women’ got sick they got killed, there was no medical assistance provided to them. Besides, the comfort camps were mostly situated in foreign lands, hence their mobility got constrained because even if they tried to escape they had no place to go because of the language barrier or if they got caught for getting escaped they were publicly tortured and killed. The comfort women weren’t even buried after their death, they were just left stranded. Reiterating, this all occurred under the supervision of Japan government official who even established rules and regulations for this system but it turned blind eye inside the system. After the war ended, many of the comfort women got killed in military actions or they were left abandoned. Some who found their way home got shunned by their community, labelled as ‘dirty’ and socially and culturally stigmatised thereby not allowed to speak about their experiences.

Proceeding to Nazi camp brothel, the image one can have is Jewish women exploited for the sexual gratification of Nazis soldiers. However, the reality is contrary to the mentioned. In the final year of the Nazi concentration camp, brothels were installed for the prisoners. It was the brainchild of Heinrich Himmler, chief of the economic and administrative main office of the SS, who wanted to extract the productivity of camp prisoners for Furher’s megalomaniacal construction projects and these projects needed building materials to fulfil Hitler’s plan of redesigning the major German cities such as Berlin, Weimar, Munich, Linz and Hamburg. Himmler ideated that establishment of brothels as the sexual incentive for the hard-working prisoners to increase their efficiency of production but at the expense of forced sex slavery of women. The Russians and Jews prisoners were exempted from approaching the sex workers. These brothel camps got built in a quiet bureaucratic manner wherein strict Nazis race rules were followed. In other words, the German prisoner can only go to German women. Furthermore, the purpose Himmler had for these brothels and forced sexual slavery was also to keep homosexuality at bay since there was a fear of breaking out among the prisoners. About 300-400 women, especially from the camp of Ravensbruk and Auschwitz, were forced into prostitution in ten concentration camps and the territories occupied by the Nazi. The women selected for forced prostitution were young women who had either displayed anti-social behaviour or suspected of having political ties or relationships with Jews. These women were in Auschwitz and Ravensburk camp who were construction worker. A false promise was made to them of release from the camps after six months of work in the brothel. These women had no option between life and death. For instance, according to polish prisoner women working as construction worker she ‘volunteered’ for the brothel because she could not survive winter in Auschwitz as a field worker and preferred forced sex labourer. For some women, it was desperation to get one more slice of bread and soup. According to the testimony of one of the prisoners from Ravensburk who got ‘voluntarily’ tempted into forced prostitution, maintains that “They told us we were in the camp brothel, that we were the lucky ones. We would eat well and have enough to drink. If we behaved and fulfilled our duties nothing would happen to us”. These women had to have sex with average 8-10men every night between 8 pm-10 pm not allowed giving more than 15 mins to each prisoner. It was made sure by SS prisoner who used to guard it through the elaborate system of ‘spy holes’. The women were humiliated by frequent medical checkups and disinfected creams coated over their genitals before and after the act more like treated them as machines of sexual gratification. After the liberation from the camp, these women got shunned to share their experience out of shame or trauma while foreign victims feared that might be perceived as collaborators with Nazis campaign. Until 2002, they didn’t get the recognition of from the German government as a victim of sex slavery or any compensation for their ordeal.

Lastly, as WW II was fading away, the victorious Soviet Soldiers or the Red Army racing towards Berlin in 1945 raped one and half a million German women. Through the rape of ‘German Women’, they wanted to show the defeat of Nazi Germany. There were notorious mass rapes and multiple rapes on a single woman from April 24 to May 5, 1945, when Soviets secured Berlin. They were raping every German woman ageing from eight to eighty. A diary of a woman journalist was retrieved – “A woman in Berlin: Eight weeks in the conquered city” – who provided the detailed account on the ways German women got raped and the choices the latter had to make for survival. Besides, the Soviet army raped the Jewish women who already went into the torment in the Nazi concentration camp. The journalist provided the detailed account on how one of the Jewish couples who were hiding from Nazi for months in a basement came out when they saw Red Army as their liberators but the husband was fatally shot while his wife was “[taken] into the hallway, three men on top of her, as she kept howling and screaming, “But I’m Jewish, I’m Jewish”. The journalist describes that for survival the German women entered into an informal agreement with Soviet Soldiers and officers called as ‘Ivans’ from the protection from the other Red Armies. While some women opted for prostitution to stay alive and to avoid multiple rapes by being consort to a soviet soldier. The line between prostitution and rape got blurred by the end of WW II. According to scholars narrative, the German women were getting punished for the crimes done by German men in USSR as a form of justice. The rapes were done with the motive of devaluation and humiliation of German woman also to challenge the masculinity of German men and direct attack to the German corporate body. Red Army did not distinguish between ethnicity and class when it came to rape. But more astounding was German man reactions to the raped women. Eventually, victims of rape were blamed for their irrepressibility for the Soviet soldiers.

Through the above case studies deliberation, an observation is made that sexual violence becomes a weapon of war at the wartime period when it involves strategic campaigns. In other words, there are pre-determined political or military or economic objectives to be achieved. The weapon of war is defined as ‘instrument of terror’ to control, coerce or erasure of targetted populations. Conventionally, the understanding of sexual violence during the period of war is limited to rape (kate). Notwithstanding, the case studies here addressed that there are other forms of sexual violence used in war-conflict situations that vary in intensity and ultimately take its distinct appearance. These are sexual slavery, trafficking, undressing, sexual mutilation, forced marriage, branding are commonly used violence during the wartime period. The sexual atrocities inflicted upon the women at the time of World War II vary in the conduct depended upon countries disposition in war during world war II complementing with their strategic campaigns wherein the sexual gratification of the perpetrators was in common. These case studies reflected thatimperialist and axis countries along with the allies, called good guys fighting for the good wars and cause, had equally participated in the barbarous act of sexual violence.