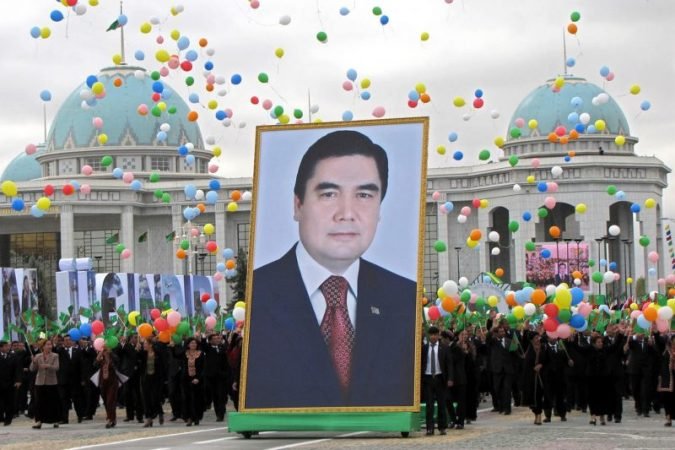 In 1991, five Central Asian states announced their Independence from the authoritarian communist political system of the Soviet Union. As compared to European socialist republics democratisation process was very chaotic in Central Asia. Between 1990 and 1991 most of the Soviet republics adopted autonomy. In March 1991, an all-union referendum on the future of the Union unequivocally showed that voters in the Baltics, Armenia, Moldova, Georgia supported their countries’ independence. Throughout Central Asia, however, more than 9 out of 10 participants indicated a desire to preserve the Soviet Union.1 Central Asia’s desire to carry on the legacy of Soviets was a result of historical circumstances. None of the Soviet Republics until 1991, have experienced sovereignty neither these states had a background of independent nationhood. Soviet drawn boundaries and named clans for political comfort. This demographic makeover led to dissolution of ethnic communities in Central Asia.

During post-independence transition unlike rest of the former Soviet republics Central Asian nations did not witnessed rise of any modernist or new-fashioned leader, there were no ‘founding fathers’ for these relatively young Republics. Three out of five presidents who sworn in after the independence were formerly appointed by Moscow as leaders or important members of respective SSRs. After the independence from USSR, these Republics shared similar political-institutional structure widely based on Communist state system. However, the democratic and political transition of each country was very divergent.

Turkmenistan carried over practices from the Soviet era. Extensive authoritarianism, loyalties revolve around single party and constricted political freedom is the essence of Turkmen political system. Tajikistan adopted integrated governance as a nation-building strategy in the post-soviet era but continuous Russian military presence on Tajik-Afghan border attracting significant interference from Moscow in internal affairs of the country. Tajikistan also gave chance to religiously inclined political parties which is something unusual in Central Asian Republics. Nevertheless, accountability of this ‘chance’ given by the Tajik government to religiously motivated parties is still questionable.

In post-independence period Kyrgyzstan adopted course of liberalisation. Yet, full-fledged transition was hard for Kyrgyz Republic due to economic difficulties and continues attempt to subvert newly form governments by power-hungry leaders. Uzbekistan embraced mixed path. Touch of traditionalism in the political system, promising leadership and national consolidation led to smooth economic transition in Uzbekistan. But, immediately after the independence campaign of cracking down on opposition groups and process of steadily tightening governmental grip began in the Republic. Kazakhstan takes place in the developmental framework of a westernize model and exercised elements such as democratic order, a market economy and rule of the law as well as civil rights. Although, throughout the year’s elections held in Kazakhstan never considered impartial by western merit.

During the period of Soviet rule, powerful and resilient mechanisms of public decision-making – informal authority structures – developed as a result of the interaction of the Soviet system of rule and local reactions to that system.2 Central Asia emerged from the Soviet Union without any political turmoil occurred majorly in European parts of the former USSR, there was not an unbroken and automatic transition from Soviet authoritarianism to post-Soviet authoritarianism. The democratic multi-party system indeed initiated during the early years of independence by all the Central Asian Republics. Formation of parliaments, creation of new constitution, adoption of a multi-party system and conducting elections were some steps taken by CARs towards democracy immediately after the independence. But this trend later weakened and political institutions in CARs moved to a more authoritarian system.

Between 1992-1998 there were humble attempts made in Kazakhstan for encouraging democracy in all sphere of life. Nursultan Nazarbayev introduced several reforms aimed at economic transformation into a free market and liberalize trade. While Nazarbayev was quite successful in re-building, Kazakhstan’s economy (until the recent economic decline caused by the sharp drop in both oil prices and the Kazakh Tenge), an actual full democratic transition of the political system has never occurred and instead the consolidation of power and wealth around the “ruling family” took place.3

In Tajikistan, transitional phase started with a five years-long civil war, confronted between the former comrades and Islamic nationalist parties. Economic decline due to lack of natural resources and political instability interrupted the process of democratic transition.  Recently, in the year 2016 Tajik government introduced constitutional amendment referring to the removal of restrictions on the number of terms for the presidency, which would allow President Rahmon to be re-elected again in the next Presidential elections scheduled to be held on 11 October 2020.

In Turkmenistan, Niyazov was the only candidate for the presidential election of 1991 and secured 99.5% of votes. He banned all opposition parties and established control over the public life. Neutrality and the International isolation were the agenda of Niyazov’s political stance. After Niyazov died in 2006, his Vice-President Gurbanguly Berdimuhamedow was elected as the next and also a current President of Turkmenistan. Berdimuhmedow successfully abolished the cult of personality developed by Niyazov and undertook small steps towards liberalised reforms. Yet, Turkmenistan did not witness any change in autocratic and power centric behaviour by the President. Even in 2020, after the disintegration of the USSR, Turkmenistan remains one of the most authoritarian and closed regimes in the world.

Shortly after independence Islam Karimov in 1992-93 introduced minimalist form of democracy in Uzbekistan. However, those attempts were terminated within a very and there was no democratization process in the country until the death of Karimov in 2016. Student protests took place in Tashkent in 1992 were suppressed with an autocratic brutal hand and also suspended further anti-regime civil activities. The institute of presidency in Uzbekistan— similar to other autocratic post-Soviet countries—is therefore reproduced not via the two Values and Transformation in Central Asia 13 democratic procedure of free and fair elections, but via nomination of the successor by the President from his close circle.4 After the appointment of president Mirziyoev there were very modest attempts at introducing economic reforms aimed at the reduction of the isolationism of the Uzbek economy. Hence, after two decades there is an indication of economic and political development towards more liberal and substantial governance.

Until issues related to democratic transition are addressed by the ruling authorities, all the former-Soviet states will follow the path of political instability. The first country of the former Soviet Union in Central Asia to start an active search for the answers to the democracy to some extent is Kyrgyzstan which resulting in wide confrontation and political change. Democratisation in Kyrgyzstan was not a constant process there were several incidents which lapsed linear democratic pathways into chaos.  Kyrgyzstan, strongly opposed the authoritarian and autocratic behaviour of President Akayev. In 2005, As a result of Tulip Revolution President Akayev was forced to resign and flee to Russia. During the 2009 elections, the new president, Bakiyev, was accused of falsifying the election results and was forced to flee to Belarus. The next president, elected in 2011, Almazbek Atambayev undertook significant steps to improve international trade and political accountability. But he has been continuously criticized for Pro-Russian ideological positioning. Kyrgyzstan is the only country in Central Asia which adopted a parliamentary form of government. Tulip Revolution marked the beginning of a democratic wave which resulted in increased democratic reforms in CARs.

In 2019, Kazakhstan elected their new president for the first time after 1991. OSCE 2019 report, signalled lack of democratic practices during the presidential election. In 2017, President Nazarbayev, adopted the Constitutional law based on the theme of redistribution of power between the sub-divisions of government and the greater role to the executive branch or the Parliament. The democratic changes associated with the expanded role of the parliament and decentralised approach in the governance will lead to smooth democratic transition or power chaos in the region is interesting to watch but too early to comment on.

In the early year of Independence, democracy has been notably disparaged in CARs. Political anarchy and social chaos prevailed in these infant states. The development of civil societies seen stagnant growth in all the countries during the period of the post-soviet transition. But in recent past, the second generation of leaders emerging which is quite inattentive of the Ideals ‘Soviet Man’. People are also becoming more and more conscious of the concept of manageable democracies. Leaders of CARs are certainly aware of the fact that Central Asian people may have proven submissive throughout the period but there is no way to predict when a straw will break the camel’s back.  Socio-political transformation in Central Asia in a long and steady process but little progress at a time may lead to transparency and accountability in Central Asian states.