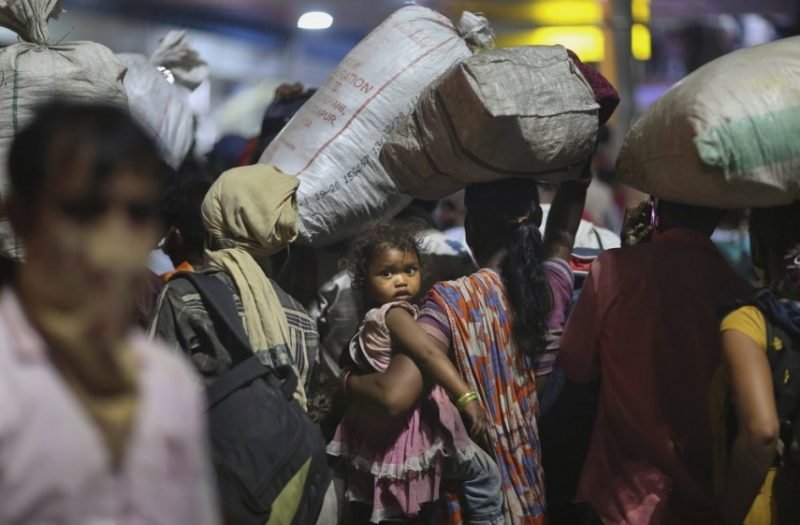 A newly developed index to measure the access of basic utilities

The Economic Survey 2020-21 is built on the endeavour of examining the progress made in India on providing Roti, Kapda, aur Makaan or as they call it the “Bare Necessities”.  To measure the access of water, sanitation, housing, electricity and clean cooking fuel as a sine qua non to live a modest life. The progress will be calculated by the ‘Bare Necessities Index (BNI)’ at Rural, Urban and All India level. The BNI summarises 26 detailed indicators on five dimensions, namely, water, sanitation, housing, micro-environment, and other facilities for all states for 2012 and 2018. It uses data from two NSO surveys on drinking water, sanitation, hygiene and housing condition in India and analyzes regulatory forbearance provided during the global financial crisis and Covid -19 crisis.

The Access to bare necessities is the highest in the States like Punjab, Kerala, Haryana and Gujarat and lowest in Odisha, West Bengal, Jharkhand, and Tripura.  Inter-State disparities in the access to “the bare necessities” have come down in 2018 when compared to 2012 across rural and urban areas because where the level of access to “the bare necessities” was low in 2012 have achieved relatively more between 2012 and 2018. Access to “the bare necessities” has improved disproportionately more for the poorest households when compared to the richest households across rural and urban areas. The improvement in equity is evident because while the rich can seek private alternatives, lobby for better services, and can also move to areas where public goods are better provided for, the poor seldom have such choices. Using data from the National Family Health Surveys, BNI in 2012 and 2018 is correlated with infant mortality rate and under-5 mortality rate in 2015-16 and 2019- 20 respectively and the results show an improvement in health indicators as well as future improvements in education indicators. Figure one gives an All India view for Improved and Equitable Access to ‘bare necessities’ for the year 2012 and 2018

The report throws light on government schemes like Swacch Bharat Mission-Rural and Urban, Pradhan Mantri Awas Yojana (PMAY), Jal Jeevan Mission, Sahaj Bijli Har Ghar Yojana-Saubhagya, and Pradhan Mantri Ujjwala Yojana(PMUY) to give access to bare necessities. It facilitates the government to make a systemic view of the progress made in the implementation of these schemes and tries to serve the common goal of improving the living standards of the society. The BNI, thus, unifies economic development with human development by adopting an objective measure across multiple subjective dimensions.

The BNI also cites an opportunity to explore inter-departmental harmony to reflect a corporate-style cogent approach.  Proper coordination among departments responsible for implementing the different schemes can lead to better allocation and discharge of public funds by curbing redundancies. It compares inter-state progress, which can decipher a competitive spirit amongst states and can enable better accountability and optimum utilisation.

BNI ventures to measure access to bare necessities and services but Deprivation indices may be more appropriate in identifying inequalities compared to access-based measures as the latter may suffer from issues of misestimation, particularly when the unit of analysis is less disaggregated. Access to necessities may not naturally mean realised and immediate access at the household or individual level as various social, geographical, and political factors may influence. Inter-state comparisons of BNI essentially assume every scheme to have uniform or similar provisions across states. This largely depends on Centre-state relations, fund allocation, and political or economical factors in the adoption and implementation of the central schemes, including the ones taken in BNI, and can be evident in the implementation of schemes in states like Delhi, West Bengal, Telangana and others.

With the lust to explore the inter-state disparities with BNI, geographic, socioeconomic and demographic heterogeneity, there is a need to disunite and bottom-up data down to a district or block level which can be accomplished by periodic surveys along with Centre-State coordination to draw a continuous picture of progress. The BNI also assumes assumption about a homogenous set of bare necessities for every citizen. For example, the sub-dimensions related to sanitation has more relevance for rural households than urban, as urban senses better waste management and hygiene practices.  With the due course of time, BNI should be able to reflect progress across varied social strata.

It is also essential to keep in mind the adaptation of government schemes like Digital India to explore ways in which the current BNI can be protracted to keep pace with the definition of ‘bare’ necessities in an ever-changing economy.

And like that one scene from the movie Gully Boy(2018), where Murad paints Internet along with Roti, Kapda, Aur Makaan as bare necessities, it reflects how access to information and communication technologies, along with primary education, healthcare, intensive focus on insurance, and access to basic financial services, can give a  more comprehensive approach of human welfare.

The birth of BNI represents an ethos change to make public policy formulation, implementation and evaluation more evidence-based and a step forward towards economic development.

Anushi Tiwary is currently working as a Research Associate at the Department of Politics and Public Administration, Savitribai Phule Pune University. She has also worked as a lecturer of Economics and Sociology at MIT college, Pune