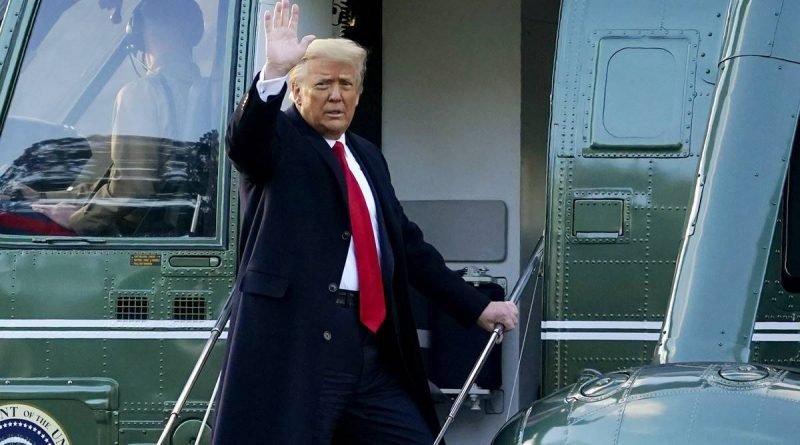 What Trump did as president was mostly served to meet the needs of the voters. It was a natural move as a politician. Trump is a person who stands in utter contrast to the values of the elites and politicians of the American tradition. He tried to become a president who immediately reacted to the demands of the people by ignoring the existing system and setting his own new method. His opponents shed all sorts of negative news about Trump, using whatever means they could use, including the mainstream media.

In contrast to “Political Correctness”, he made it his trademark to speak of “the world as it is”, and the supporters were enthusiastic about that. The bold impression of the president, who took the lead in saying that people had always been thinking, but dared to speak out because of the social gaze and rules, reminded the white people who were in socio-economic helplessness that they would no longer have to be silent, besides this drew them a powerful force. The existing political system presupposed that the community adheres to the minimum standards and common sense. When we express this cynically, we sometimes call it ‘hypocrisy’. Hypocrisy has been the moral norm or the standard of speech and action that the whole society must observe. It is quite natural and innate that people who belong to the upper classes of society become more hypocritical. The more people who regard hypocrisy as natural, the more likely they are to dismiss them as weird or fanatics for those who act out of their own standards. This is a quick path to social cynicism. People who take hypocrisy for granted and people who are free from hypocrisy and tell the truth that they haven’t been able to tell, but everyone wants to tell, are divided in this way. Trump reigned fiercely against the hypocrisy of all kinds, both conservative and progressive.

President Trump, who rejects his critical forces as a “public enemy,” fits exactly with the general sentiment of white blue-collar workers who felt deeply socially alienated while distrusting the northeast elite. President Trump’s unilateral and authoritarian disposition that strongly emphasizes his identity and exerts power and lightly views constitutional principles or democratic procedures could be tolerated by returning US glory and raising frustrated voters. Former President Trump, based on his white nationalism, insisted on the absolute priority of the United States and sought to reign over the country, establishing his position. He refused to be a president who defends a democracy that respects the rights of minorities while remaining faithful to constitutional principles such as separation of powers through checks and balances. Rather, he was a leader who stressed to achieve what he wanted, ignoring the procedures he had to follow and using the president’s personal rights and emergency rights somewhat dangerously. At the same time, he indiscriminately criticized hostile forces against himself and demanded absolute loyalty to the highest-ranking White House administration officials. And he shook public opinion and aroused his supporters, building his own forces that were loyal to him that it would be difficult for those who did not endure him to understand.

Trump is honest. He’s overly honest and maybe less hypocritical. So he didn’t wrap up the hegemony of the United States with the cliche but plausible modifiers he had regarded as American values. However, Trump’s actions lack politician elegance in his way of expression, and he is quite American, and his policies are virtually no different from his previous actions. America is still and fully willing to maintain their dominant position. Trump’s political direction is often replaced with the Richard Nixon administration’s triangle diplomacy. “Make America Great Again” was also the first slogan used by the Richard Nixon administration. Their common and most central way of politics is that they neglect values ​​and morals and focus on the balance of power. Perhaps the most striking difference in their way of diplomacy is the “object”. The Nixon administration thought that it should form an alliance with China against the Soviet Union and implemented the policy, and the Trump administration continued its move against China based on the idea that Russia and the United States should look at their mutual interests. Trump knows exactly the limits of America’s power. The US prides itself on being the “international police”, but it can’t stand against everyone and get involved in everything. The US, too, is one of the world’s countries, prioritizing basic things like the long-term recovery of its economy. However, Trump’s unexpected behaviour and business profit and loss calculation have created distrust and confusion among alliances over the ‘American Promise’. Through his actions, Trump troubled America’s relations with allies. This reinforced the enemies and risked isolating the US. And there was a possibility that it would frustrate the Trump’s original intentions. Perhaps Trump was very isolated as a politician who received “twice” judgments for impeachment for the first time, and as a political leader who received the most votes for impeachment from his own party in history. And in the future, his original intentions may really be frustrating.

Although Trump may not be a likeable person, he is by no means as dumb as some blame. As president, he carried out the policies he had promised one by one, answering the voices of the electors. He excelled in problem-solving skills to accomplish the goals he set. Feasibly the biggest misjudgment about Trump started with underestimating him.

Superficially, his unconventional and immediate actions make Trump look like a person out of ordinary sense. Of course, his processes must be out of common sense as a politician. Even so, if we get a closer look at his acts, we can see how strategic he is. One of Trump’s most iconic pledges is his promise to build “barriers” at the border. In usual perception, it is impossible to build obstacles across borders. If Trump was aiming for accuracy, when he talked about frontier security, he would have mentioned a variety of concrete and feasible solutions. Withal, he omitted detailed explanations and simply used the symbolic and immediately imaginable expression of “wall”. Then public opinion debated the barricades and they blamed Trump. As people fell into the story of building a fence, “border security” needless to say emerged as an important subject. Along with this, Trump was obviously recognized as a person who values frontier safety. It’s very irrational, but people account thinking a lot as critical. Trump knew it. It is impracticable to cover the entire border with a barrier. His “barrier” was not a physical impediment, but an abstract and symbolic meaning encompassing all sanctions or policies. Still, Trump allowed people to debate without changing expressions or giving long explanations, which allowed people to naturally pay attention to his issues as he intended. Whenever people made the wall a topic, Trump emerged as an important figure. This made Trump a person who takes national security seriously. Trump is impressed with the public in this way. After his presidential election, Trump has made low-intensity transitions while maintaining his own policy guidance. With various modifiers that appear to have nothing to do with the president, Trump may be disqualified as a political leader, but he ended his term as president anyway. And he still holds a strong influence that takes in the opposing camp anxious. Trump is not as incompetent or stupid as the qualifiers that come after him. He is rather overly clever. So it’s cunning.

But Trump made a fatal mistake.

Politics is, after all, a justification struggle. The logic of power is likewise governed by justification. The politics that proceed solely through power or profit and loss calculations, not justification, are not protected. It simply increases the possibility of a headwind by giving the other person a chance to refute.

Where is America going? After President Biden’s election, some expressed it as “the United States is back.” Biden’s administration started to run state affairs and began erasing Trump faster than anyone else. Examining the actions of the “normal” Biden administration with “political correctness”, “world police”, “human rights” and “protection of free trade” to the fore, some even welcomed and relieved America’s return.

On the 13th, when the impeachment trial of former US President Donald Trump was rejected, he was politically innocent. Now, the world’s attention is on whether or not former President Trump can recover politically. Impeachment Judgment After the rejection, Trump insisted on his impeachment judgment as “the largest witch hunt in American history.” He is also known to have contended that “our historic, patriotic and beautiful movement to make America great again is just beginning. People started talking about Trump’s potential for a re-run for president in 2024, and it is reported that Trump opened his office in Florida, where he lived late last month. Some observers say that Trump will be unable to recover politically, but with observations that his second daughter-in-law’s entry into the political world is becoming more and more a reality. The observation that Trump will come back in some way, even if he is not running directly, is fueling, but impeachment is not the only problem that former President Trump has to resolve, such as the prosecution investigation and the suspension of political funding from moderate Republican supporters. The Associated Press reported on the 14th, “Trump is still in a position to dominate the Republican Party.” A recent poll demonstrated that his supporters were consistently sending strong support for him. As a result, the positive outlook and negative analysis of the evaluation of former President Trump and the future move are mixed.

It will be difficult to predict his move in the future, as he was the one who made a move that exceeded expectations. Only one thing appears certain. Trump is not incompetent. He is exceedingly clever and crafty. And the cunning turned into a blade and turned to him.