The changed direction of wind in the East Asian Politics 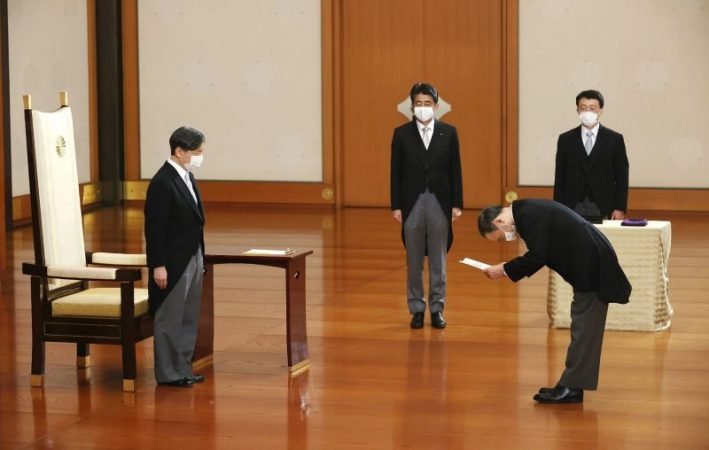 Japan’s longest-serving post-war prime minister Shinzo Abe’s legacy cannot be easily defined. The man was a revisionist nationalist & a pragmatic realist as well. The stark contrast clearly divided commentators within Japan & internationally as well. To his critics, Mr Abe represents the attitudes of an older, conservative generation intent on downplaying Japan’s wartime record, while pursuing a potentially troubling and overly assertive foreign policy and to his supporters, the prime minister has boosted the country’s global standing, realizing its national interests by harmonizing its legitimate ambitions with its clout as the world’s third-largest economy. His resignation due to ill health has left Japan in the middle of a tough fight against a downtrodden economy and a pandemic that doesn’t seem to fade with his successor, the right-hand man – Mr Yoshihide Suga to deal with this on a priority basis. The new premier’s eschewal of “glitz and bling” is put down to his humble origins but he doesn’t have his own power base. He doesn’t belong to any faction and rose to power because he was Mr Abe’s preferred choice.

Shinzo Abe gave Japan the much needed political stability. His signature economic policy or Abenomics gave mixed results. While it did improve the business sentiment initially, the limited gains have been eroded corrosively by the COVID 19 pandemic. A key element in his policies was increasing the participation of women in the workforce but it achieved a little to this end. He left a large imprint on Japan’s role, its foreign policy and global security. Abe recognized that the Japanese economy needed China, but he didn’t just stop at this. He sought cooperation with other powers to take on the threat posed by rising & aggressive China. Not only did he champion the concept of the Indo – Pacific as a region, he sought to bring the USA, Australia, India & Japan together in a cooperative security grouping to contain China.

What needs to be seen is whether India will occupy the same place in the new Japanese premiere’s thinking and how the engagement between the two countries in the Indo – Pacific ties witness more robust changes. The new premiere is known as the Iron Wall for his stoic silences and choosing to answer the questions that he deems fit. Given his time of being chosen as a successor makes it not only nerve-wracking for the septuagenarian, but also for the entire East Asian politics. Every step that he takes whether it is to continue his predecessors’ policies or to revive the dwindling recessionist economy, he needs to think twice and act four times faster with back up plans ready at the helm in case things go south for him.

The relationship between Asia and Africa is old in history and contemporary in aspirations. Their common past struggles offer the two continents enormous scope for cooperation. This bond is apparent in their coming together on many occasions: bilaterally, sub regionally, and as a global force as the “one voice” of the developing world. The East Asian economy has proven resilient over the years, in turn helping push the global economy. Africa, meanwhile, is still on the growth path. Its young demography and economy require integration and expansion into Asia’s value chains of production. Together, Asia and Africa represent 70 percent of the global population and 37 percent of global GDP. With a new Japanese premier taking over the reigns, it needs to be seen how India and Japan will endeavour to increase their markets, they have made vital gaits to counter China’s blitz and stated ‘neo-colonialism‘. The India-Japan ‘Special Strategic and Global Alliance’, beams at ensuring strategic endurance and economic expansion of the Indo-Pacific area. Both nations have revealed an epoch of high-powered statecraft. It envisions India’s concrete role in molding the international agenda on sustainable advancement and global solidarity based on sources of solidarity, evenhandedness and distribution. Just like India’s long spun and well-known people-to-people cooperation with African countries, Japan likewise has historical relations with African nations. The most significant Japanese action in Africa is the Tokyo International Conference on African Development (TICAD) that was anchored to support Africa’s growth and security through a multilateral arrangement in 1993.

The Asia – Africa Growth Corridor (AAGC) is an attempt to create a “free and open Indo-Pacific region” by rediscovering ancient sea-routes and creating new sea corridors that will link the African continent with India and countries in South-Asia and South-East Asia. The project stakeholders hope the sea corridors will be “low-cost” and have “less carbon footprint” when compared to a land corridor. The AAGCis set to be a well-calibrated spirit and plan of both parties, following their evolving preferences and will present an aisle of opportunities to the new Japanese leadership as well. India can intermingle its sustainable development agenda with the 2050 Africa’s Integrated Maritime Strategy and Africa Vision 2063 for more opportunities in the post-COVID future that will be significant in determining the future of the world. Africa is considered to be a new sunrise in India’s foreign policy as a continental comrade. India’s various maritime programs such as SAGARMALA, Cotton Routes, SAGAR and Spice Routes can reinvigorate its maritime approach. SAGARMALA initiative can further help in enhancing India’s blue economy and can help in building strong industrial, institutional and transport facilities through AAGC. Japan and India believe that the AAGC alliance would be a more affordable alternative and have a more miniature carbon footprint in contrast to China’s One Belt, One Road (OBOR) initiative that has been facing environmental concerns. The AAGC can further align it with the “Quad” structure, which includes Australia, Japan, the United States and India. Now is the right time for India and Japan to work collectively to advance the AAGC.