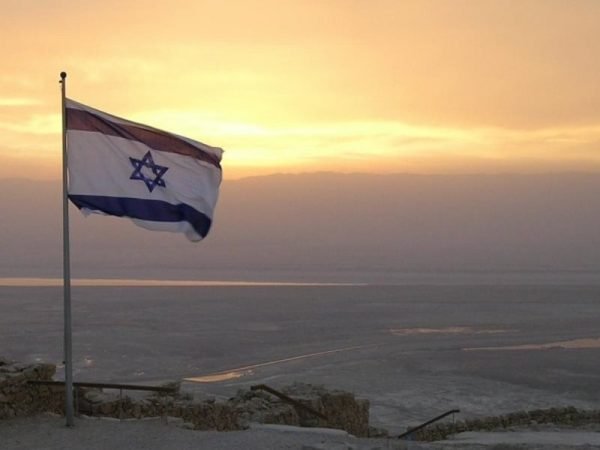 As much as Israeli’s desired land of their own and a nation for the Jewish people, an unfortunate by-product of the creation of the State of Israel was its own regional isolation. What began with other Arab states supporting the Palestinian cause, resulting in the Arab League boycotting Israel, ended in a fledgeling state without any major regional allies. Over the years, Israel has worked to change this, and form some level of alliances in the Middle East. This began with Egypt and Jordan, who signed peace treaties with Israel ending the war they were engaged with. This was however commonly referred to as a “land for peace” deal rather than a genuine effort at establishing relations. Off late, Israeli Prime Minister Benjamin Netanyahu has worked to gain increased international recognition for Israel, with a focus on Arab nations. Tel Aviv now seeks a “peace for peace” deal, wherein they can establish diplomatic relations with neighbours. This was recently officially achieved with the UAE and Bahrain, with the signing of the Abraham Accords. Although the suddenness of this deal may surprise some, many others were not entirely surprised due to the on-going under the table engagements already established between Israel and the UAE in particular, but also some other Arab states. Naturally, and much like any other state, Israel has looked for allies since its inception as a State. Having been shunned by Arab states at the time, the newly formed state turned to others in the region, such as Iran and Turkey to forge relations. At first accepted, Israel developed relations with these states but over time relations took a turn for the worse and today, Israel is seen forging closer alliances with Arab states, avoiding Iran and Turkey. Thus, it is insightful to analyse how Israeli allies in the region have shifted over time, many a time a result of American policy, and how regional complications have impacted Israel’s alliances and recognition in the Middle East.

Since its inception as a state, one of Israel’s biggest supporters and drivers of foreign policy has been the United States, also the first country to recognise Israel as a state in 1948, upon its creation. Their close relations have made Israel America’s strongest ally in the Middle East. Israelis have long been dependent on financial aid from Washington as well as military and international backing when required. The US has regularly played a critical role in Israeli relations with other regional states as well, as was seen when the US hosted the signing of the peace deal between Israel and Egypt and played part in the peace deal between Jordan and Israel as well, and of course most recently in the signing of the deals with the UAE and Bahrain. The US has also taken it upon themselves to find a solution to the Arab-Israeli conflict and thus played a plentiful role in negotiations in the past between Palestinians and Israelis. In his 2008 speech at the Knesset, President Bush aptly spoke of an unbreakable bond between the two governments and that “the source of our friendship runs deeper than any treaty. It is grounded in the shared spirit of our people of the Book, the ties of the soul.” Thus, Israel has always operated with backing from Washington, well aware of their alliance with the US and the resultant benefits, as well as consequences as is seen during periods of anti-western sentiment in the region.

One of the most fitting examples of this is the state of Iranian-Israeli relations. Although now strongly opposed to the state and its actions, this wasn’t always Tehran’s stance with regards to Israel. Relations between the two states were not always so sour, in fact, upon its Israel’s independence, the two developed strategic and economic ties. As part of Prime Minister Ben Gurion’s “periphery doctrine” in the 1950s, Israel was seeking to develop relations with other states, and as all the majority Sunni Arab states were entirely anti-Israel, the obvious choice was Shia Iran. At the time, both Tehran and Tel Aviv also enjoyed a shared bond with Washington. Quickly, Iran became Israel’s biggest arms importer while exporting oil to Israel. These rather amicable ties changed drastically when the Iranian Shah was ousted, and the Iranian revolution commenced. A strong antagonism toward the US-led to deteriorating relations with Israel as well due to the state’s reliance on the US. In 1979 revolutionary leader Ayatollah Khomeini also called for all Muslims to pray on the last Friday of Ramadan for the Palestinian people and stand in solidarity with their cause. Therefore, after the Iranian revolution, Iran strongly opposed the creation of the State of Israel and advocated instead for Palestine, viewing Israelis instead as the unjust occupier of lands holy to Muslims. Thus, Israel lost a major ally, only to gradually face increasing security threats from Iran and its proxies.

Besides Tehran, at the time, Ankara also sought relations with Israel and in fact was the first Muslim state to recognise Israel in 1949. Israel and Turkey primarily shared a military-based partnership stemming from a security alliance during a period of more positive interactions. Yet, even during the years that Ankara and Tel Aviv maintained relations, there was ups and downs, rooted in Israeli actions in Gaza as well as other aspects Turkey took offence to with regard to Palestine. For Turkey, being a secular state is what allowed it to interact with Israel on certain policy areas, however, it was the issue of public opinion that drove an anti-Israeli sentiment in Turkey, eventually also influencing its foreign policy. The Gaza attacks in 2008-2009 carried out by Israel, for instance, had a sizeable impact on the Turkish public opinion, who strongly condemned Israel and its policies and sympathised with the Palestinian people. Despite this, the Turkish military was able to maintain its stance and secured its military relations with Tel Aviv- only to be concluded when the AKP came to power in 2002. The population in Turkey supported this, in conjunction with President Erdoğan’s tough stance on the Gaza attacks. Moreover, Turkish belief of Israeli- PKK (Kurdistan Workers’ party) cooperation further contributed to Ankara’s growing distance to Tel Aviv. According to Philip Giraldi Turkey was increasingly worried about “expanding Israeli presence in Kurdistan and alleged encouragement of Kurdish ambitions to create an independent state” and also believed that Israeli intelligence operations in Northern Iraq supported Iranian and Syrian Kurds who were in opposition to their respective governments. Thus, Turkey’s alliances with Israel diminished with every regional incident and has led to Turkey even engaging with strongly anti-Israel groups such as Hamas.

Beyond this, Israel additionally faces one of its largest threats not necessarily from regional isolation but from non-state terrorist groups operating on its borders, namely Hamas and Hezbollah that are no doubt backed by Tel Aviv’s adversaries. Iran’s support for Hezbollah and Turkey’s relations with Hamas are clear indicators of Israeli fears of being isolated and threatened by states that used be allies. Both non-state actors act particularly out of solidarity with the Palestinian people and turning to recent events, condemn the Abraham Accord for allying with Israel and abandoning the Palestinian cause.

Overall, Israel’s relations with other states in the Middle East have no doubt fluctuated. States such as Sudan, who have previously sponsored terrorism against Israel and offered support to both Hamas and Hezbollah, are now considering peace deals with the same. Old allies have now turned adversaries for varying reasons, whereas old foes have turned allies over strategic concerns, and common security threats in the region. Israel is finally realising its long-term goal of seeking alliances in its neighbouring countries and is finally beginning to see some support from Arab states, which were intent on never recognising the Israeli state at one point. With changing times, so do strategic concerns and consequent alliances, the fruit of which Israel bears.