Reform UN to keep it relevant 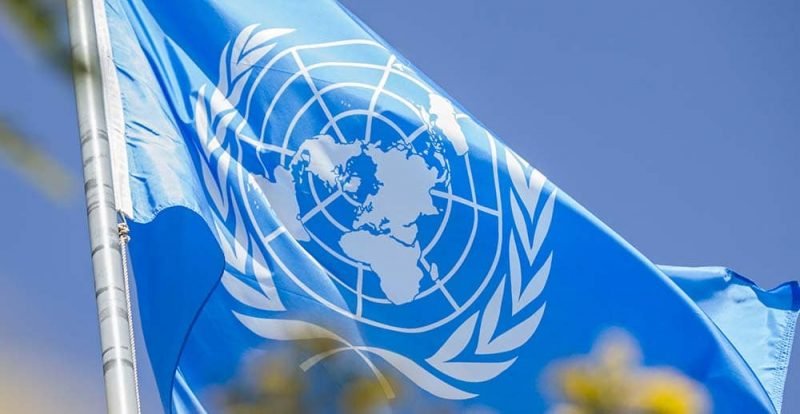 Post-World War-I and following Paris Peace Conference, on 10 January 1920, the world got the first worldwide intergovernmental organization called the League of Nations (LON), headquartered in Geneva, with objective to prevent the repetition of the horror of the great war (close to 40 million casualties, both military and civilians put together) through disarmament, settling a dispute between nations by way of negotiation and diplomacy and improving global welfare. But, LON failed to prevent so far the most furious World War-II, which caused deaths of approximately 85 million people (both military and civilians casualties), within two decades of its formation.

However, it is difficult to say whether UN has succeeded to prevent another war of bigger ferocity than WW-II (in view of high sophistication of post-WWII arsenals in possession of two superpower blocs) or it was sophisticated war-gears that two superpower blocs NATO and Warsaw Pact had kept ready targeting at each other with the acknowledged understanding that if a war between the two blocs broke out none would survive. Post-WW-II, the world had witnessed four decades-long Cold War between two superpower blocs with trade and commerce embargo or otherwise called Trade War, and several regional conflicts with potential for a worldwide huge flare-up. UN oversaw Cold War which is now called Cold War-I as experts opined the on-going Sino-US conflict starting with the trade war between the US and China in 2017 as Cold War-II. CW-I ended in 1992 with the break of Communist-ruled USSR-led Warsaw Pact bloc, which was formed after formation of NATO, a bloc of mostly democratic nations led by the USA.

In regard to the UN’s other objectives such as protecting human rights, delivering humanitarian aid, promoting sustainable development and upholding international law as the organization itself, its officers and its agencies have won many Nobel Peace Prizes though other evaluations of its effectiveness have been mixed. Many have called it ineffective, biased, or corrupt. Per example, UN-supervised specialized agency WHO’s failure to contain dreaded COVID19, which is responsible for untimely deaths of near about a million worldwide by now, in its place of origin has badly impacted its image.

From 1992 to 2020 till the advent of COVID19 pandemic, there was virtually one super-power, and this period too has not seen any war of the scale the world had experienced in WW-II although there were potentialities of the same after the terror attack on only Super Power US in 2001, which forced the US to invade Afghanistan to remove Islamic terror outfit Taliban-led the Afghanistan government which allowed safe-haven to Arab born Osama-bin-Laden lead Al Qaeda responsible for the attack, and the US invasion of Iraq in 2003 with an excuse to destroy the alleged weapon of mass destruction. In these two invasions, though major world powers outside NATO camps such as Russia and China were not fully in league with former, yet they did not back Afghan-Taliban government and Iraq-Hussain government which prevented major flare-up the kind seen in pre-WW-II in Europe.

Now, after 75 years of UN formation, the world has changed a lot in all spheres of human activities and national governance, but not the UN. Its membership increased from 50 in 1945 to 193 in 2020. Most of the nations (near about 60 in numbers) under colonial rules have been freed by 1960s and they have joined the UN. And numbers of democratic nations have increased in the meanwhile. The world has been more globalised with the application of digital technologies, and populations among nations have been greatly integrated with an expansion of comparatively cheap air transports. Populations mostly in under-developed nations in Asia, Africa and Latin America including the Caribbean have seen rapid growth while the same has been stabilized in developed nations in Europe and North America. The post-UN formation, the world population was 2.5 billion (1950), now it is 7.8 billion (2020), more than three-time growth over 70 years. Over the last 65 years, the global literacy rate increased by 4% every 5 years from 42% in 1960 to 86% in 2015. The world economy in GDP term has grown from $5 trillion in 1950 (Max Roser, Our World in Data, University of Oxford) to $87 trillion in 2020. And most significantly, when in 1950, there were 25 democracies and 130 autocracies in all over the world; in 2018, data reveals, there are 99 democratic nations and 80 autocracies (Max Roser, Our World in Data, University of Oxford).

When the world is increasingly democratized, its intergovernmental organization UN’s most powerful organ UN Security Council responsible for world governance (world peace and security) remains highly undemocratic and unrepresentative from population, military and economic point of views. UNSC has 15 members with 5 permanent members with Veto wielding power while remaining 10 members getting elected to it for two years on rotation basis use to have very negligent power. When two continents such as Africa and South America with a present population of 1341 million (17% of the world population) and 431 million (6%) respectively have not been represented in UNSC with Veto power, Asia with 4641 million (59.5%) population has only one representative ie China, which has an authoritarian government; while North America with 592 million (7.6%) has one Veto power representative ie the USA and Europe with 747 million (9.6%) has three Veto wielding members Russia, France and the UK. And Oceania with 42.6 million populations (0.55%) has no representation.

In view of the above listed several reasons, there is an urgent need of UN reform so that this intergovernmental world organization has got a democratic look, and at the same time, maintains a reasonable balance among developed, developing and under-developed nations and earns ever-increasing and literate world citizens respect and commitment. Apart from the above, the new challenges such as environmental pollution and climate change, Islamic terrorism and expansionist ambition of authoritarian Communist-ruled China need a different kind of world governance.

When the Veto wielding nations such as China and the US contribute 30% and 15% respectively to world greenhouse gases emissions, their contributions to control the world pollution are abysmally low. In regard to the spread of dreaded Islamic terror, a new form of fighting a war which is now branded by promoting nations as ‘non-state players’, there is the urgent need of new UN Charter. These elements having grown in Middle-East have started spreading to all over the world. And Communist China since the ascendancy of Xi Jinping has started behaving like world bully. Its Foreign Minister Wang Yi’s statement in 2013 ASEAN summit that ‘China is a big nation and your are smalls’ with a clear intent of big brother hegemony followed by its virtual occupation of resource-rich South China Sea, through which 30% world’s ocean trade pass, disregarding littoral nations’ right over the sea and sinking of small nations fishing boats need a reformed UNSC to tackle. During recent past five nations tour of Europe, Chinese Foreign Minister Wang Yi threatened his host Norway with dire consequence if Hong Kong protesters are nominated for Nobel Peace Prize.

Now, for the last seven months, the entire world population and its economy have been struggling to survive from China origin dreaded COVID19 pandemic. This happened before the world is fully recovered from the 2008 economic crisis. If the effective vaccine is not developed at the earliest, what would be the future of the world economy is difficult to predict. Going by the present China leadership’s belligerence and The White House under Donald Trump reluctance to sacrifice its only Super Power status even if the ensuing election in the US gets Joe Biden to power, it looks like Cold War-II will stay for a quite long time. In view of the above, the reform in the UN Charter, if not complete revamping is very essential.

Bimal Prasad Mohapatra is an Assistant Professor at Trident Group of Institutions, Orissa