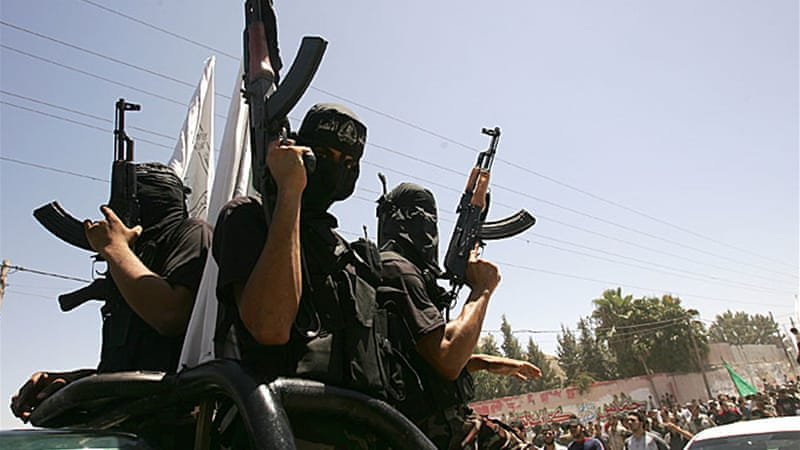 The Palestinian political scene is dominated by the two major actors, Fatah and Hamas. For the past few decades, the Palestinian movement has splintered into these two competing ideological factions with separate geographical strongholds: Fatah is based in West Bank, whereas Hamas is based in Gaza.

Fatah is the dominant faction of the multi-party Palestine Liberation Organization (PLO) which acts as the representative of the Palestinian people at the United Nations. It is closely associated with its founder, Yasser Arafat. In contrast, Hamas is a Palestinian Sunni-Islamic fundamentalist organization. It defines itself as a “Palestinian Islamic national liberation and resistance movement” as per its Document of General Principles and Policies.

Whist the rivalry between the two factions had been stirring for long, Hamas’ entrance in the political fray in 2005 and consequent win in parliamentary elections in 2006 is the lynchpin of the ongoing conflict. Since Fatah’s defeat then, political and ideological rifts between the two sides have escalated.

Neither have achieved any notable success in their objectives and rather there is a general consensus that their division has weakened the movement. Many have called for their unification to strengthen the leadership and fight against Israeli occupation.

Popular opinion amongst Palestinians is that a change in the current leadership can help improve the situation of the movement. There is a strong belief that Palestinian President Mahmoud Abbas’s departure from the scene will be a welcomed change.

There is no evident effective regional or international backing for the Palestinian cause, and the current American administration has time and again showcased their backing for Israel.

Differences between Fatah and Hamas

Since the release of Hamas’ political document in 2017, both the parties have the same objective: creating an autonomous, independent Palestinian state based on the borders outlined in 1967 and ending Israel’s occupation of its territories.

Nashat al-Aqtash, a ًWest Bank-based political analyst stated, “Hamas has accepted a political compromise and they cannot go back on this.” He added, “All Palestinians dream of liberating historic Palestine, but today, they are working on a realistic solution,” while explaining that are directing their efforts on “what they can achieve as opposed to what they hope of achieving”.

The major difference between the two lies in how they operate and in their approach toward dealing with the Israeli state.

Hamas has always claimed the use of armed resistance and relied on violence to get their point across. As a result, they are considered a terrorist organisation by several international actors, including the United States, Israel and the European Union. To garner support, they tend to utilse traditional methods such as grassroots activism to inform people of their ideologies, in places such as mosques and universities.

On the other hand, Fatah believes in the art of diplomacy and practices negotiations with Israel. It does not indulge in attacks of any sort or violence. Consequently, it has more international backing and is seen as more financially secure. The party tends to rely on providing financial support to gain followers. It is observed by Palestinians that most followers of Fatah get impressive financial benefits and awards such as high positions in the administration.

al-Aqtash stated, “Many of those on the street who support Fatah do so from an emotional perspective – for the slogans and the history of the movement – without really understanding what the movement’s current views are.”

“Hamas has a distinct ideology and they have people working to promote their ideas, as opposed to Fatah which uses money to secure its followers,” said Ramallah-based activist Hazem Abu Helal. “Today, if you ask university students, the majority of them do not know what Fatah’s ideology is. The movement does not have clear principles,” he added.

Weakened Palestinian Movement as a consequence

The splintered movement has given way to a steady increase in illegal Jewish settlements in the West Bank, rising Israeli military attacks and an ongoing blockade implemented by Israelis on the Gaza Strip on land, air and sea after Hamas took control of the Gaza Strip during the Battle of Gaza in 2007.

“The Palestinian national movement has moved beyond the crisis to the point of bankruptcy,” said Ghassan Khatib, a former cabinet minister in the Palestinian Authority (PA). “Neither the armed resistance of Hamas nor the diplomacy of Fatah has made any gains,” he added. “They are failed governments, and the public is deeply dissatisfied.”

Khatib further stated, “Neither Fatah nor Hamas are in a position to advance the popular struggle. They are bureaucratic governments, with structures, leaders and ideologies that militate against non-violence as a tactic.”

It has been concluded by several experts on the region that the existence of two separate rival factions has benefitted Tel Aviv the most.

Author Selim Han Yeniacun has said, “According to Israel, a divided Palestine can be controlled easily.” He elaborated, “Palestinian politics relies on several balances both internally and externally in terms of the struggle for existence, however, indecisive structure in Palestine has been causing infirmity on the Palestinian cause. As the country was at polls in 2006 for the last time, both Fatah and Hamas are responsible for the loss of legitimacy.”

Asad Ghanem, a politics professor at the University of Haifa in Israel has said, “ending the factionalism is a precondition for turning the different parties into an effective vehicle of a national struggle. There must be a unified national movement.”

“The PA has to stop being the security contractor for Israel. Then we can solve the real problems. We must demand an elected and unified leadership with a single platform,” he elaborated.

Riyad H Mansour, Palestinian ambassador to the United Nations said recently in an international conference that Fatah-Hamas reconciliation is key to ending the oppression against Palestine. According to him, the split between the two has been “a dark chapter” in Palestinian history.

“It should have long been resolved. (You cannot wait) to do it today or tomorrow. We cannot face the suppression if we are divided,” said Mansour when delivering his statement at the ‘International Conference on the Question of Palestine’.

“We do not need to deepen the division. Rather, we need to put an end to it and start the healing process on the problems created by the division.

“As a senior staffer among Palestinian groups and forces led by our president Mahmoud Abbas, I am trying hard to put an end to this division, which is a very strong element in our strategy to confront President Trump’s plan as well as ending this occupation,” he said.