Is the Chinese Social Credit System changing conceptions of Citizenship? 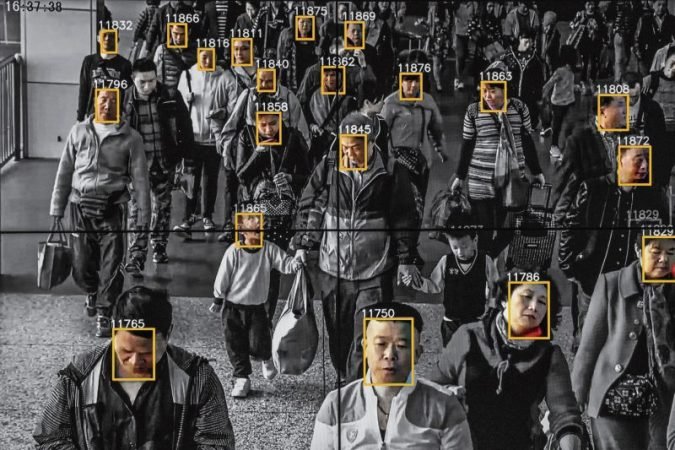 The idea of citizenship is usually associated with the status of an individual as a member of a sovereign state by law. China’s Social Credit System (SCS) is giving us a new conception of what citizenship could be like in the future.

The SCS can be understood as a government initiative to build a national reputation system or a model of citizenry based on certain values that are quantified with positive and negative implications, such that they ensure accountability. Such a model of citizenship, undeniably, can only be built under an authoritarian system. Why is the Chinese SCS different from the liberal model of citizenship?

In the liberal model, citizens enjoy certain entitlements merely by virtue of being a part of the state. While the state has to ensure the enforcement of these rights, in turn, the citizens have to obey certain rules formulated by the state for its functioning and this is based on the rules of the Social Contract Theory. Citizenship from this perspective is mainly a political affiliation.

This political affiliation depicts the individual as the primary political agent whose private activities leave little time or inclination to engage actively in politics, with lawmaking entrusted to representatives. With this, the idea of political rights of the individuals are most important. These include the freedom of speech, right to conscience and association and the right to vote making such a system the universal conception of citizenship.

Therefore, the ability to build values of citizenship or nationalist rhetoric depends on soft power and can be called intangible. The intangible elements are furthered through what Louis Althusser calls the ‘Ideological State Apparatuses’ (ISAs) including education, religion and the market.

The reinforcement of duties is easier to build in an authoritarian system and the SCS serves as a dystopian innovation which brings the state’s population under its control, bound by such a system which has monetary repercussions. In order to understand how this plays out, we need to understand certain details of the SCS. This national reputation system was initially formulated as a government policy, in 2014. Issued by the Central Leading Small Group for Comprehensively Deepening Reforms, the system quantifies values and expects citizens to behave a certain way in the public and the private spheres. Some of the judgment criteria include honesty in government affairs, commercial integrity, societal integrity and judicial credibility. The system projected to its citizens as one which ensures accountability is dangerous because of the control it brings about with the help of nationalist rhetoric built on President Xi Jinping’s ‘Socialist Core Values’. The system works on the basis of mass surveillance, big data analysis, volunteerism and a standardized reward and punishment system.

The idea of a standardized reward helps in reinforcing duties according to the ‘core socialist values’. The adherence to such values brings about positive monetary benefits like free transport, discounts in public service access, free gym facilities. Negative implications of the same system include restrictions to travel abroad, public service access, loans and a public shaming system calling the individual a ‘dishonest debtor’.

Big data analysis is possible via the mass surveillance systems that the Chinese Communist Party has in place with the help of leading private enterprises like Tencent, Baidu, Alibaba which monitor the private activities of citizens and their behaviour in the public sphere as well, with artificial intelligence systems making the setup more pervasive. This happens through studying consumer behaviour as well as banking.

Further, registration of volunteers in places like Shanghai aims for the building of a ‘National Morality Model‘ and these volunteers reinforce the socialist core values by spreading the values of charity, respect for elders and family and a dedicated work ethic driven by positive monetary benefits.

The implications of such a system are manifold and include the desire to preempt problems before they begin which are essential for regime strengthening, integration of commercial, military and security information collection and the advancing of the agenda of big data companies. All implications contribute to the control that the state has over its people.

The operation of the Chinese SCS is leading to some serious changes in the ways that citizenship can be viewed. Firstly, it bridges the gap between intangible and tangible values. While liberal models make efforts to build a model of citizenship through ISAs, the SCS makes these values tangible by linking them to reinforcements related to the market. The system as a whole strengthens the nationalist rhetoric to bring about greater control for a state that has reversed the Social Contract by requiring citizens to uphold certain duties for tangible benefits as opposed to liberal democratic models.

Secondly, we need to look at the nationalist rhetoric building in China. As discussed by Ernest Gellner, modern industrial societies are essential for nationalism for integration beyond kinship ties. He further argues in favour of a ‘mobile’ and ‘interchangeable’ workforce which can come together through a common language and a ‘centralized’ education system. The universality of nationalism serves well for the social and material conditions of modern society.

When considered in the Chinese context, a society which is not only industrialized but also post-industrial in the current times, bringing it together under the umbrella of mandarin (which in itself is called putonghua or the common people’s language) makes integration easier. Socialist core values are a garb to reinforce authority through Confucianism on the face of it, which makes subordination of the population easier by the state especially when the whole population believes in them, as they are embedded in the nationalist rhetoric.

Third, the system is also an interesting example of what Michel Foucault calls governmentality. This attributes the state with tangible aspects of control that are reinforced in China’s case, while in correlation with quantified values. As stated by Giovanna Procacci, citizenship regimes describe the different ways in which people are governed. The most important aspects of governmentality that are visible in the SCS are the control of conduct whether private or professional, the emergence of biopower exerted by the state without giving actual threats to life. In this manner, individual development leads to the benefit for the state and this can be reflected through the ‘accountability‘ aspect of the SCS which develops the individual as well as strengthens the state. Lastly, governmentality includes the simultaneous pursuits of ‘generalization‘ and ‘individuation‘ seen through the general values of socialism with ‘Chinese characteristics’ that are being built under the Jinping regime, while also developing the individual worth on the basis of their credit score. All such methods bring about tangible control.

And this shows us, the SCS in China is an imperative upcoming example that reflects newer perspectives on citizenship, especially the changing model of citizenship. While Western perspectives would not describe the Chinese population as ‘citizens’ but as ‘subjects’, scholars opposed to the quintessentially Western perspective like Jim O’Neill have suggested that one should not be quick to make presumptions about the Chinese political model which is as unique as its economic model which has been largely successful. The sustainability of this success has undoubtedly been questioned in light of the COVID-19 pandemic depicting that quantification of values is becoming stronger on one side, and slackening on the other. While on the business front, relaxation of SCS has taken place, new avenues to reinforce it, have come to light. When it comes to rules of quarantine and behavioural norms newly brought into being by the virus, the SCS serves as an effective mechanism to control the population. However, the ‘blacklisting’ of infected citizens and discriminatory behaviour towards them are newly emerging excesses of this model of citizenship.

In light of the above, the SCS shows us a lot of new ways in which the model conception of citizenship is evolving. The SCS can thus be viewed as a system which is unique in its own way and is not only tangibly contributing to the growing Chinese prowess as an authoritarian power, it is also contributing to an emerging alternative to the Western theoretical norms requiring further academic inquiry.