The Venezuelan Exodus: Migration and Refugee Crisis in Latin America 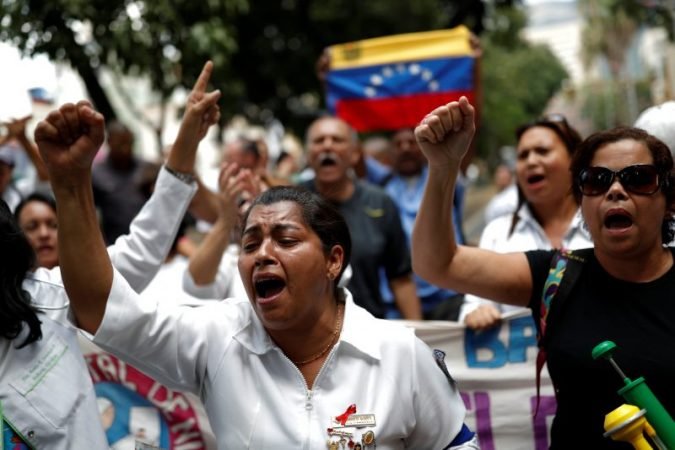 The migration crisis has become a hot topic since the 2015 European refugee/ migrant crisis. Ever since the crisis has occurred it captured the international community’s attention. However, in the other part of the world, the crisis has been going on for a longer duration, The Latin American- Caribbean region (LAC). According to 2018, World Health Organization report “the migration in the LAC region has surged by 36% reaching 63.7 million in 2015 and out of these 808,000 were declared as refugees”. With ongoing political and economic crisis in the countries of the region, internal and international migrations are growing day by day. The Venezuelan political and economic crisis in 2018, has forced more than 4.5 million people to migrate from Venezuela to neighbouring countries of Colombia, Ecuador, Peru and Brazil. The UNHCR estimates that the Venezuelan crisis was second only to the Syrian crisis in a global context and the worst in the history of America’s.

The history of migrations in the LAC region

The roots of Latin American migration can be traced back to the “Gold Rush” period in the history of the United States. Gold discovery in California brought fortune seekers from around the world to California, and the camp was joined by many Chileans and Mexicans. The small number of Latino’s developed to a large community and according to the 1880 American census 333,000 people were from Latin America which grew to 496,000 at the end of the 1900s.

People began migrating from Europe to Latin America with the end of the Second World War but the influx decreased in the 1950s and the pattern was reversed with emigration from all Latin American countries. According to OECD migration report of Latin America, the 1950s witnessed a few migrations in the continent’s southern cone (Argentina, Brazil, Chile, Paraguay, and Uruguay), and similarly, the Andean region (Peru, Ecuador, Bolivia, Colombia, and Venezuela) also had limited migration cases except for Venezuela. Migration to Venezuela in the 1970s was marked by the oil crisis and subsequent rise in oil prices. Whereas, migration from Mexico, the Caribbean and the countries of Central America has steadily increased in the 1950s, with people emigrating to the United States and Canada.

The humanitarian emergencies in the countries of Central America have forced many people to seek asylum in neighbouring countries. The Autocratic rulers such as the Samoza dynastic rule in Nicaragua, Batista’s rule in Cuba and Pinochet in Chile has driven many people from their home country to seek refuge worldwide. The political instability in the Latin American countries compelled the opposition political party leaders to leave their country for securing their lives.

The financial crisis of 2008, affected the world economy, particularly the United States, which was the main destination of the migrants from Latin America. While the crisis severely damaged the American economy, the Latin American countries showed a growth in their GDP which decreased the flow of migration towards the North. However, the overall migration trend towards the North American continent still remains high. Mexico is also a “gateway” for migrants from other parts of the LAC and around the world, to the United States. According to a UN report over a million foreign-born people were in Mexico, out of which majority belongs to the North Americans and a significant number belongs to Latin American and Caribbean region. The increasing number of migrants from various parts of the continent in Mexico has created political drifts between the US- Mexico relations. The single-handed construction of the infamous Trump Wall, or the U.S.-Mexico border wall, implies Washington’s political frustration with the Mexican government’s dealing with migrants.

The UNHCR reports that in 2019, the internal conflicts in Colombia has displaced 8 million people internally and 800,000 people sought refuge in neighbouring Ecuador. The political insecurity in the countries of Central America has displaced 469,300 people from Honduras and El- Salvador to Mexico, where they hope to cross to the United States.

How Venezuela became another Syria?

Venezuela, a once prosperous country in the Latin American region has undergone a massive socio-economic transformation at the time of former President Hugo Chavez. The government of Chavez reformed the social systems to provide subsidized facilities to the citizens, which further enabled him to be the most “favoured” leader in the country. Backed by the immense Oil deposit, Venezuela continued to borrow money from neighbouring countries as debt. However, the death of President Chavez and the declining oil prices pushed the country to an unprecedented economic crisis. Nicholas Maduro, who succeeded Chavez, ascended the Presidential position with huge debts and deteriorating economy. For, continuing the social reforms and debt payments Maduro government decided to print excess Venezuelan Bolivar. This decision led to the situation of hyperinflation similar to the case of Zimbabwe. With years of depending on the Oil money, the country lacked big infrastructure corporates severing the condition with unemployability.

According to the UNHCR report, out of the 32 million people in Venezuela, 4.5 million people have fled from the country as the nation is undergoing through its worst socio-economic and political crisis. Extreme food shortage and lack of access to medicine had led people to migrate into neighbouring countries. The financially affluent and highly educated people had left the country during the initial stages of the crisis leaving behind poor and vulnerable people. With the crisis intensifying, more people are leaving the country and human caravans are a regular sight along the border of Venezuelan- Colombian border. Economic mismanagement and political insecurity has led to this crisis in Venezuela. Human rights violations and political persecutions are continuing to use as a policy to crack down the opposition and dissents.

The economic crisis was soon escalated to the political crisis with Maduro controlling the whole political systems in the country. According to a BBC report Maduro, who was President from 2013 to 2018 was re-elected for the second term, was not recognized by the opposition-controlled National Assembly and claims that the election was rigged. The opposition party leader Juan Guaido, declared himself to be the righteous President, he is recognized by more than 50 nations including the United States. Maduro countered this move by creating a National Constituent Assembly with members loyal to the government and also reduced the powers of the Supreme Court, thereby creating a favourable situation where his power will not be questioned.

This crisis in Venezuela has affected the neighbouring countries that are already facing their own internal problems. The country which is most affected by the migration is Columbia. According to the International Migration Organization, Columbia hosts 1.8 million migrants from Venezuela and other countries including Peru (861,000), Chile (455,500), Ecuador (366,000) and Brazil (253,500) holds the remaining migrants. While hosting the migrants it will be necessary to supply adequate life support for the migrants and the host countries and international organization are facing the issue of relocation of the migrants.

Making a path for the future of the Refugees and Migrants

In 2018 December, 14, in Geneva, the Regional Refugee and Migrant Response Plan (RMRP) was formed with the 95 organizations from 16 countries. The RMRP is a comprehensive emergency plan to support the migrants from Venezuela and host nations. The plan is coordinated by UNHCR, the UN Refugee Agency, and IOM, the International Organization for Migration (International Migration Organization). According to the IOM, the key areas in the emergency plan includes “direct emergency assistance, protection, socio-economic and cultural integration and strengthening capacities in the receiving countries”. Organizations will appeal to global financial institutions to support the refugees.

The World Bank proposes that the migrant crisis can be converted into an opportunity for economic development for both Columbian and the Venezuelan government. As the World Bank calculates the Venezuelan migrant’s educational, health and employability will cost 0.2 to 0.4 percent of Colombia’s GDP. The educational background of many of these migrants can complement the existing career vacancies in the host nations. This will boost the economic progress of the migrants receiving country such as Colombia and will also aid Venezuela with remittances. Along with these opportunities, the civil societies and the Latin American community can also help to improve the situations in Venezuela.

The increasing number of migrants is a grave concern for the international community as well as regional powers. It causes socio-economic and political consequences in migrant-receiving countries. The Venezuelan migrant crisis is one of the most concerning the migrant crisis in the Latin American continent and many adjacent countries are struggling to cope up with the increasing number of refugees and migrants. In this present context, more international and intergovernmental organization intervention is necessary. On the one hands, we can see the growing solidarity towards the migrants on the Latin American community. The Inter- American Development Bank has approved a special grant facility to host nations, to support the national governments in the ongoing migrant crisis according to the report by Global Americans.

In the midst of these emergency situations, many people, particularly indigenous peoples, women and children, suffer most. Special attention is required to the circumstances of these vulnerable people, and hope that the regional and international organizations intervene effectively.