2020 Floods Are Testing The Limits of Chinese Three Gorges Dam 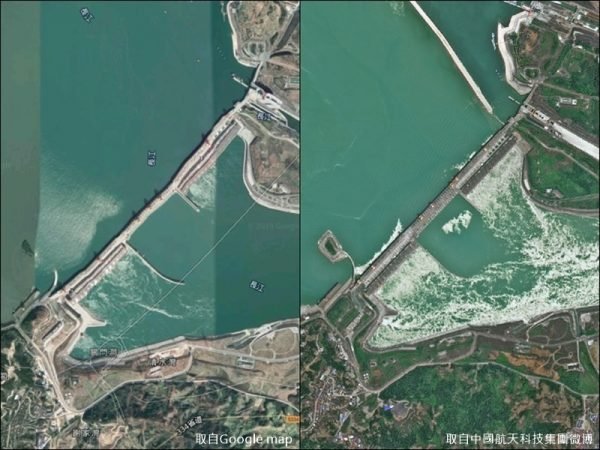 One disaster after another. That’s how you can sum up 2020. Floods are a recurring phenomenon in China but this year has brought the worst ever. The country is entering its third month of terrible flooding. Since the past few months, provinces in southern china are facing the worst floods since 1998 when floods killed more than 3,000 people.

Since the floods began in June, authorities reassured that the ‘three gorges Dam’ could withstand what China state news agencies say ‘once in a century flooding’. This construction of this giant dam began back in 1994, to subdue Asia’s longest and world’s third-largest, Yangtze river. It is some 6,300 km long. Its basin covers about one-fifth of china’s land and home for nearly one-third of china’s population.

But more water has swelled the river Yangtze. The situations are worsening each day. UNESCO world heritage sites are in danger, thousands of lives are under threat. All because of the dam that could break. It is being tested by the floodwaters. The water level in the dam’s reservoir rose above the flood limit, it is close to its maximum threshold. It has reached 167.7m exceeding the warning levels by 20m a day ago. The max depth of its largest reservoir is 175 meters. On Thursday it was getting almost 99,000 cubic yards of water every second poured into the reservoir for 9 hours, shattering the 2012 record of 71,200 cubic m/sec. The dam is put to the test. It is facing the greatest flow since its construction. Chinese authorities had to increase the flood discharge to a record of 48,800 cubic meters per sec on august 20th to try to lower the water level in the lake. They can further increase the discharge level to avoids the possibility of a dam overflow.

An American expert said that Chinese officials would do everything possible to prevent water from overflowing the dam. A spill is a worst-case scenario. As it can cause substantial damage as it can cause everything to collapse.

This has raised concerns over China’s flood contain strategy of building dams. It has the largest number of dams in the world and its biggest, most controversial one, ‘the three gorges’ dam was designed in part as the ‘one-stop solution’ to the china’s biggest annual problem. Which runs from east to west of the country and cuts across 11 provinces. The dam is not serving its purpose. The dam made up to confront the floods, is causing them.

Experts doubt that it could break in these floods. The water levels are rising for the dams to hold them. Some scientists have reservations about whether these massive dams can control flooding downstream. The critics say the extraordinary rainfall and floodwater levels this year is testing the logic behind china’s reliant over its 98,000 dams. Last month, a small dam on the southern province of Chongqing, collapsed. On July 19, authorities in the central Chinese province of Anhui, blasted a dam on the tributary of the Yangtze river to release surging water. Cities’ further downstream are spared so far.

The meteorological department agency predicts that heavy rain may continue overpouring until the end of September. The growing burden over ‘The Three Gorges Dam’ has raised concerns about the potential disaster that would affect hundreds of millions of people downstream.

This is amidst fears that the dam could break and flood more establishment downstream. Hundreds of people had died from the crippling floods, millions are displaced. And the worst is not yet over. The floods have inundated fields, alarming a food crisis. Residents are already facing food and water shortages. Water all around but not a drop to drink!