Battle of Warsaw: The triumph of Vistula to Cease the Bolshevik Revolution 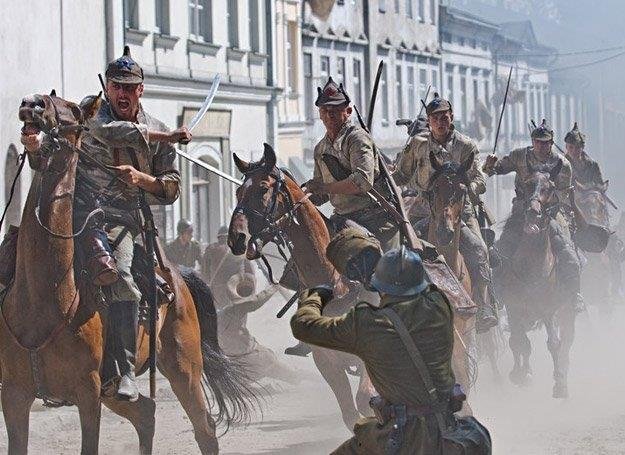 The historical timeline has time and again marked the battles which embark the journey towards change. The history of battles has engaged the intellectuals from the eclectic field to discuss and debate about its implication not only in the traditional world but also in the contemporary scenario.

The Battle of Warsaw, 1920 which commemorates the victory of Poland over Soviet Russia has often been surpassed by the events of two world wars. However, the battle remains substantial for shaping the history of Europe which is cherished today. The full-fledged battle between the two power was meant to preserve national identity and integrity of the two nations created in the era of world war I. What did battle of Warsaw meant for the two nations? What were the stimulating factors which drove the nations to the battlefield? What did the triumph of Poland imply for the rest of Europe? Was the victory in Battle miraculous in nature as we know it today? How is Battle of Warsaw valuable in today’s transforming world order? These interlinking questions are fruitful to address so that an analytical framework can be brought forward. The battle although dismissed from the textbooks of history is still important because much of the future endeavours of European history were laid on its foundation.

Prelude to the Warsaw Battle

We almost begin analysing the facts and figures in history without understanding the context which paved the path for the event to transpire. The contextual variations are the part of the historical foundation and therefore it is necessary to adopt precautionary measures before placing the generalised historical narratives. The context in which Poland evolved was entirely distinct from the one in which Russia unfolded. The world was battling with the Great war which later came to be known as World War I.

Poland in 1795 was split up between its neighbouring superpowers including Austria, Prussia, Russia, and Germany which continuously checked its fate for independence.  There was no Polish national identity as we know today as it was struggling to claim itself in between the tussle of the then powerful nations. Poland, therefore, flunked in combatting against the leading strengths which led to its partition. It was totally erased from the map of Europe for 123 years. Will this crush the spirit of Poland people? Poland which has witnessed more than a hundred years of occupation of foreign powers didn’t lose itself rather it lived as long as its people survived. In the early 20th century as World War rolled out Europe was undergoing through an important transformation. As Germany, Austrian-Hungarian were on the losing flank and Russian participation was disrupted because of the Revolution by Bolsheviks (1917) the Polish were able to carve out independence for themselves. There was the emergence of the Poland Republic by 1919 and the Polish resilience was finally paid off. This new Polish identity forced the Germans troops to withdraw from the eastern border that is present-day Ukraine and Belarus.

In Russia the tsarist rule was overthrown because of the economic crisis it faced during the world war I and the popular uprising of the Bolsheviks under the leadership of Vladimir Lenin. The Bolsheviks came to the power in Russia after the Bolshevik Revolution, 1917 which attempted to create a first socialist state in the world order where the peasants and workers will be in power in opposition to the bourgeoisie. The goal to achieve the socialist-communist society was gaining grounds through the revolution. However, there was much opposition to the Bolsheviks which led to creation of different factions within the party of Lenin. The whole of Russia was under the pressure due to the instability in the political domain and the unfolding civil war.  The Bolshevik after coming into power wanted to export the communist revolution to the western world. There was an attempt to create a state which is self-sufficient, self- operating, and classless.

Beginning of the hostilities

After Poland gained its independence the new polish army was established under the supervision of Marshall Jozef Pilsudski. He was attributed with timely mobilisation of the army to fill the void and reclaim the Polish former lost territories. But soon to his opposition stood Russia which was in no mood to part away with Poland territories. Russia which was involved in the war with Germany ended its hostilities by signing of the Treaty of Brest-Litovsk which established the peace between the two. The treaty of Versailles can be credited in re-drawing the map of Europe where Poland served as the buffer zone between the eastern and western Europe.

There are two different strands of thoughts about the beginning of the battle of Warsaw. The first set of scholars argue that it was in February 1919 where the Polish and Russia confronted at the units of Bereza Kartuska which gave a push to the war and the other set of scholars see the war setting in by April 1920 when the Polish marched towards Kyiv, which was the traditional border of Polish. The Russians, however, responded to this encroachment of Polish as threatening and in defence responded to the polish aggression. This was the beginning of the hostilities which will take both the nations in the battleground by August 1920.

Bolshevik Revolutionary Spirit and the Engagement of the Red Army

The Bolsheviks who were now at the helm of affairs in Russia were determined in spreading the revolution. Poland geographical location served as the bonus point for the Russians as Poland always remained the bridge between east and west. The Bolsheviks mobilised the Red Army with the two objectives to serve one was to push the Polish front and other was the concentrated focus towards the capture of the capital city of Poland I.e. Warsaw.

Ukraine at this point of time was overrun by the Russian forces so as to capture Warsaw and on the same line Poland as well captured the western the frontier of Ukraine to keep their doors protected from the Russian encounter. Ukraine remained the point of tussle between the two forces. The main focus of the Bolshevik was to create a socialist revolution in the western world which was under seize of Capitalist entrepreneurs who were seen as the exploitative agents. For this Russia has to cross Poland and capture it so that a forwards advancement can be made towards western European countries.

The Strategy for Armed Conflict

The Polish army under the leadership of Marshall Pilsudski knew that the Russians were aiming at Warsaw so they prepared their plan accordingly. The plan incorporated the fortification of bridgehead along Vistula river, Placing of Polish Fifth army to the north of Warsaw city, Entrenchment of the first army at the east of Warsaw which was the last line of defence and has to be held at all cost, and further down the line held by the second army was placed Polish third and fourth army in the South of the city. The placing of the army at the south was the counter-offensive strategy formed the core of Pilsudski strategy.

The Russian side of the army was led by Mikhail Tukhachevsky whose main strategy was to surround the city of Warsaw. His planning entails the capture of the city from through the north-western frontier. Once this happens he was supposed to order the Russian sixteenth army to attack from the east and the twelfth army and first cavalry to eventually breach Warsaw from the south.

Pilsudski who was aware of all the planning made by the Russian army took the advantage and carefully planned all his actions in that accord which ultimately meant his triumph. The efficient radio technology of the Polish enabled in maintaining the checks and balances over the Russian military movement.

The Miracle On Vistula

The battle is divided into three phases for its study including the occupation of Kyiv, Russian counter-offensive and advance in Warsaw, and Battle of Warsaw. The battle of Warsaw (12-25 August 1920) began by the 12th August when Tukhachevsky sent the army to attack the city from the east and keeping his focus upon the town of Radzmin. By August 14 the town of Radzamin was captured by the Russian forces which created more pressure on the Polish northern line as the Polish army was left to resist the three Russian armies.

It was at this time the rumours were spreading that Poland defeat was inevitable and only a miracle can save it from surrendering itself. By the midnight of the 14th August, the things started turning into the favour of Poland as Polish regiment broke the Russian northern line and managed to sabotage the radio power which was used to coordinate the soviet troops. This disrupts in communication was a decisive factor in turning the picture of the battle. The Russian fourth army missed the command to march south rather it kept itself advancing towards the west. This led the Polish counter-offensive army which Pilsudski was himself leading to move northwards and defend the Russian March towards the city of Warsaw. The communication line and the supply line of the army were completely disrupted. Meanwhile, the disagreement of the southern army with Tukhachevsky led to complete ignorance of the latter command.

By August 18th the Russians stood defeated and it was only till the 25th August that we notice the full retreat of the Russian army from Warsaw. What were the factors which led to the victory of Poland?  There is a contented question as some believe that it was because of the good luck and divine intervention that Poland emerged victorious while the others say that it was the effective planning which turned the battle in favour of Polish.  The total loss incurred by the Russians was on a much larger scale than the Polish.

The Polish Victory is often said to be underplayed and overshadowed in history. The outcome of the Battle of Warsaw was fundamental as this meant the stability of the treaty of Versailles, preserved the independence of reincarnated Poland, and checked on the expansion of the Bolshevik revolution. In case if there was a defeat suffered by Poland the direction of European history would have changed as now it would be under the pressure of the totalitarian arrangement. This would henceforth mean that it was not just the victory of Poland but of entire Europe. The Poland victory is commemorated because the newly born Poland in 1918 fought with courage against the Russian to protect their identity even when they had limited resources to operate and the marginal nationalistic sentiments present within the army to fight collectively. Poland were not ready to sacrifice its independence at any cost.

The Battle of Warsaw has led to the disturbing relationship between the nations time and again in history. But what is climacteric in the contemporary world is to resolve the issues through understanding and negotiations at bilateral and multilateral fora instead of indulging into a battle which not only cost the resources but disrupts the humanitarian existence. It is therefore pivotal for the present-day nations to think before they react and solve the problems as they encounter through negotiations for sustainable living.