Atmanirbhar Bharat: What will be the fate of India’s MMRCA 2.0 deal? 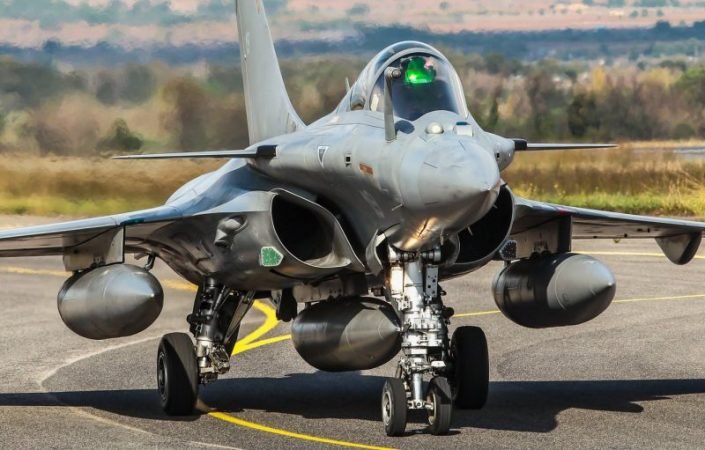 In the modern era of cyber and space warfare, airpower is still relevant and it is still considered as a potent arm of any armed forces around the globe. Since world war-1 airpower has proved its potential from its first demonstration in the air battle of ‘Battle of Somme’ to modern era air operations like Operation ‘Focus’ & Gulf war.[i] In the Indian context, too airpower is an essential element of national defence. In all wars, with its adversary, IAF has been used extensively and has proved its potential. But over the period the Indian air force is losing its edge due to depleting squadron strength and higher obsolescence rate. IAF’s most of the fleet is comparatively generation back when compared with its contemporary air forces in the region and the world. As per sanctioned strength, IAF must have to have 42 fighter squadrons operational by 2027-30 as an optimum figure to face two-front war with China and Pakistan.

As of now IAF operating around 30 to 31 fighter squadrons which is a mixture of 3rd generation and 4th generation fighters. Meanwhile, India’s traditional rivals China and Pakistan are modernizing their air arms with homegrown platforms like JF-17, J-7, J-10, J-11, and J-20 which is China’s first 5th generation fighter jet. As per 2020 report of Global firepower PLAAF has around 1,232 fighter jets and PAF 356 fighter jets whereas IAF stands at 538 fighter jets which seems comparatively inadequate when there is a possibility of a two-front war. To cope up with this disparity India solely can’t rely on a costly imported fighter jet, due to restricted economic conditions and low defence budget. Hence, such huge gap can be fulfilled by indigenous solutions like LCA Tejas and its upcoming variants like Mark A1, MWF and AMCA. In the Indian context, the aerospace industry is like none only public sector monopoly is there and the technical base is comparatively bare. In such an adverse condition, indigenization is going to be tough but not impossible, the development of LCA Tejas has proved this.

As per defence secretary, Ajay Shukla government is planning to acquire nearly 200 new fighter jets to deal with the depleting fighter strength of IAF. Which will comprise the homegrown fighters like Tejas family aircraft and some of the foreign origin jets. The current fleet of IAF with 31 to 32 squadrons. The recent acquisition of 4.5 generations’ 36 Rafales will be the latest induction in IAF when China is inducting its first homegrown 5th generation fighter jet J-20 and developing second indigenous 5th generation fighter J-31. The major effort by IAF was to find out the indigenous replacement for ageing MiG 21s and MiG 27 fighter jets but unfortunately, the LCA Tejas project facing various delays in its development and yet it is not fully combat-ready for deployment. Therefore, in 2007 the first MMRCA tender was floated to procure 126 new fighter jets from foreign vendors with domestic manufacturing under Technology transfer. In 2012, the Eurofighter Typhoon and Dassault Rafale come out as final contenders on technical parameters but Dassault Rafale was declared as the winner of tender due to lowest bid L-1. Although, the deal couldn’t reach to its destiny, and finally as new government come into power the original deal to acquire 126 jets was scrapped and direct purchase of 36 Rafale jets from France in flyaway condition worth Euros 7.87 billion were concluded.

The saga procuring new fighter jet from the foreign market doesn’t stop here. It has resumed again under MMRCA 2.0 or MRFA deal to acquire 110 or 114 fighter jets under ambitious ‘Make in India initiative’ of the current government. The deal estimated to cost around $20 to $25 billion, in 2018 the new RFI was issued which is being responded by seven companies two each of American and Russian. Normally, as per Indian arms procurement procedures, delays in the finalization of defence contracts is not a big thing it is habitual. Hence, firstly, this upcoming deal for 114 jets may take at least 5 years of time to actually deal to get signed. Secondly, another 3 to 4 years for establishing the domestic manufacturing or supply chain of a selected fighter jet and thirdly, the COVID-19 Pandemic and its impact of Indian economy will add further delays in finalizing deal due to economic slowdown and financial crunch which will affect the fund allocations for force modernization. In such condition, the MMRCA 2.0 deal will face a further delay. Meanwhile, IAF’s squadron strength will continue to deplete as by 2025 IAF maybe retire its MiG 21 Bison which was supposed to be retired very early. Hence, there is a need to rethink the decision to buy foreign fighter jet in large volume and how indigenous solutions will work in it.

Due to COVID-19 Pandemic Indian economy has affected severely. The country is expected to face an economic slowdown in the coming years. So, funds allocations for modernization programs of armed forces may witness further financial restriction. In such economic condition, a large order of 114 jets worth $20 – $25 billion will not be an economically viable option, because it can divert resources from other forces modernization programs which will not be optimum utilization of existing resources. So, instead of large orders of 114 or 110 fighter jets from foreign vendor IAF should go for addition 36 or 54 Rafale fighter jets on flyaway condition as like previous deal of 36. As per the previous deal, the cost is already has being paid for Indian specific enhancements, training, logistic, infrastructure and weapons hence if IAF place order for additional 36 or 54 Rafales it will not as costly like a previous deal as estimated the cost for additional 36 Rafales maybe around $6 to $7 billion and for 54 it would go around $8 to $9 billion along with 50% offset clause which will be invested in MSMEs which are now engaging in various defence related manufacturing. This strategy will allow IAF to optimize its existing resources in Post pandemic financial crunch.

With this approach IAF can have both benefits first is 2 to 3 new squadrons of fully equipped fighter jets will be raised in a comparatively shorter time frame and secondly, IAF can invest remaining funds on MMRCA 2.0 in development of indigenous platforms like Tejas Mark 2 and its upcoming variants. And indigenous platforms are always a good option to fill the gap because procurement of large numbers of aircraft from a foreign vendor is not a feasible option for developing country like India. Hence, to maintain an edge with adversaries additional 36 or 54 Rafales is a more viable option for IAF thus total strength of IAF’s Rafale jets will go around 72 to 90 which will be backed by improvised 83 LCA Tejas Mark A1 till 2026-27.

Thus, for a shorter period enough firepower will be there with IAF meanwhile indigenous platforms will be the main focus and it will boost domestic aerospace eco-system in India under both public and private sector. To match the number game with adversaries indigenous solution will be the best option as it will allow India to develop its Capacity building + Capability building ability which is a crucial element of National Power of any sovereign country.  As of now various new defence aerospace projects are under development in India and IAF has shown commitment in it. The projects like LCA Tejas Mark A1, Tejas Mark-2 or MWF (Medium weight fighter), TEDF (Twin engine deck based fighter for navy) and AMCA (Advance medium combat aircraft) India’s first own fifth Generation fighter jet such projects are so ambitious and going to be the backbone of IAF’s future inventory.

The main argument behind this MMRCA 2.0 deal is that it will create an alternative defence aerospace ecosystem in India in private sector under ‘Make in India’ campaign or ‘Strategic Partnership model’. Because the private players are going to be a partner with selected OEM (original equipment manufacturer) to manufacture these jets in India under technology transfer. But, practically any country won’t share the core technology with India as such technologies work as a strategic tool for those countries. And now India is looking for core technologies like a jet engine, high-frequency airborne radars, EW suits etc. which any selected country won’t offer. The remaining technologies which are going to be offered under this deal that technologies India already has developed domestically under the LCA program. So, nothing new is going to be offered under this deal. Therefore, Indigenous platforms with level playing field for domestic private sector industry will be a more feasible option alongside limited procurement of foreign fighter jet as like earlier deal of 36 Rafale fighter jets.

This strategy will not only help India in the creation of domestic aerospace eco-system with public-private partnership but also it will give India much needed strategic sovereignty which is a crucial element of the national power of any sovereign country. The funds will be saved through avoiding large procurement of MMRCA 2.0 can be utilized in R&D of critical technologies like airborne Radars, EW suits and jet engines where India is dependent on foreign countries. As estimated in coming years will require at least 400 new fighter jets and these new jets will need enough powerful indigenous jet engine and radars hence, it is a big market for the domestic defence industry and the government should exploit this potential of Indian industries by supporting them in terms of infrastructure and financial support. With indigenous defence solutions, India can truly become an Atmanirbhar Bharat in defence manufacturing, by which industrialization in-country will increase and it will give the Indian economy much needed boost. Thus, truly comprehensive Atmanirbhar will be there. This approach towards defence procurements will allow India to achieve capacity building and capability building ability simultaneously.