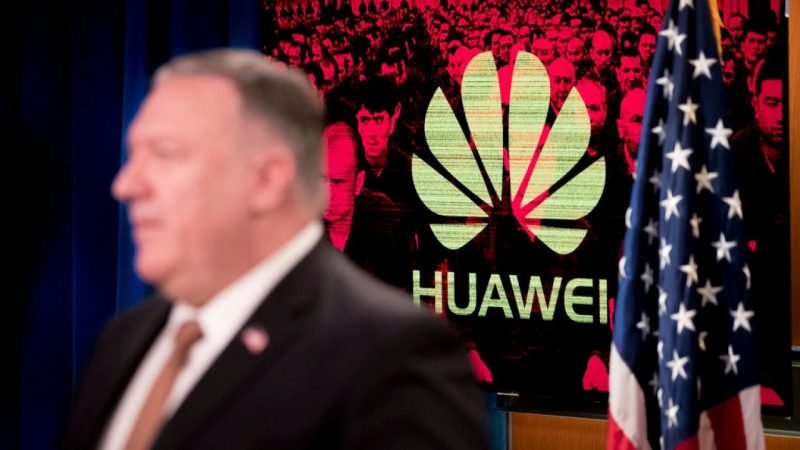 The US has imposed new sanctions on tech giant Huawei, a move aimed at restricting Huawei’s access to computer chips and other technology. The move comes at a time when US-China relations have plunged to historic lows since the outbreak of the coronavirus pandemic. A statement released by Commerce Department added 38 Huawei affiliates in the entity list saying that the company was using ways to overcome sanctions imposed by US which prevent the export of US technology.

Why is  Huawei so controversial?

Huawei is a Chinese based world’s largest seller of smartphones and telecommunication network including the 5G network. Ren Zhengfei founded the company in 1987. Although the company has said that it is a private enterprise but details of its structure are still unknown. In the past few years, the United States and a few other countries have asserted the fact that Huawei poses a threat to their national security and has violated international sanctions.

The US Intelligence agencies have expressed concern over the fact that Chinese authorities can use Huawei to spy on the USA. Officials in Australia as well have pointed out to the fact that Chinese laws could force Huawei to hand over the data to the government. To that extent, a US House Permanent Select Committee on Intelligence report of 2012 pointed out to the fact that the equipment made by Huawei and ZTE, another company could seriously undermine United States’  national interest. Back in 2018, 6 US Intelligence officials warned the US against using the products of Huawei.

Another threat to US officials is the next-generation network that is the 5G and Huawei happens to be the provider of 5G network too. But it is difficult to trust Huawei given the relationship it shares with the Chinese Communist Party. US companies for long have accused Huawei of stealing trade secrets beginning with a 2003 lawsuit filed by Cisco. US officials have accused Huawei of violating sanctions imposed on Iran to do business with it.

How much control does the CCP exercise over the tech companies?

The fears of the USA and other countries are not misplaced. The Chinese government has considerable say in the conduction of the business of the technology companies. The CCP requires that the private companies established CCP branches within them and the state backs the investment. The chiefs of many of the companies have served in CCP including Alibaba co-founder Jack Ma and Huawei founder Ren Zhengfei who served as an engineer in the People’s Liberation Army during the time of the Cultural Revolution. According to the experts, the CCP is looking forward to expanding its area of influence over the private industry as well especially the tech companies. Foreign news organisations have also pointed out to the fact that the government can start pressurizing the tech giants to let it have a complete stake and also so let the CCP members play a greater role in the management.

Some experts and US officials have pointed out to the Chinese laws that can be used to force the companies to help the government with the gathering of some important facts that concerned the national security of a country. The National Security law enacted in 2015 stated that citizens along with the organisations have an obligation to maintain national security. The 2017 National Intelligence law stated that Chinese companies must support, assist and co-operate with the intelligence services of China. Although Huawei has tried to maintain a distance with CCP and has asserted that it will never let its equipment to be used for spying.

What sanctions have been imposed by the United States on Huawei?

The United States has taken various measures to limit Huawei’s access in the United States. Back in 2018 the President of The United States, Donald Trump banned the federal agencies of the US to use equipment of Huawei. The sanctions culminated with the signing of an executive order by the President restricting the US companies to do business with the tech giant and the Commerce Department added the company in its entity list in May 2019 put an end to purchasing of the US goods without the government’s permission.

After the Commerce Department made a statement Google also said that it would restrict Huawei’s access. Since Huawei was added on the entity list, the  Commerce Department issued a 90-day licence that would allow Huawei to continue its limited business provided it does not pose a threat to the national security of United States. In November 2019 the Federal Communications Commission decided to designate Huawei and ZTE as posing a threat to national security. The Trump administration has further imposed sanctions on Huawei officials whom it believes to have committed gross human rights violation against the Muslim minority, Uighurs.

It is not just that the United States alone has decided to ban Huawei. It is urging its allies to do the same. Australia and Japan banned the company from developing the 5G network back in 2018. The United Kingdom followed the same path in 2020. Now Canada, Germany, Netherlands and New Zealand, all allies of the United States are considering following the same path as by others. The sanctions that have been imposed on Huawei are not only going to hurt Huawei but US companies will also be affected. Already tensions between the US and China are on a rise and now it seems that a new virtual front has opened with regard to the US deciding to impose sanctions on Huawei. China has vowed to retaliate with tit for tat sanctions every time the US came up with stringent measures against China. It is expected that China will retaliate this time also.