Examining the impact of EU’s taxation of Shipping Emissions 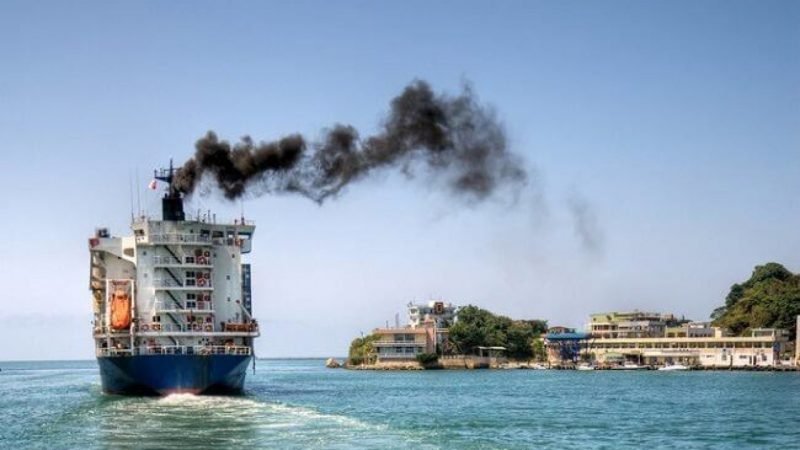 The commercial shipping industry has been drawing eyes for its immense contribution to the greenhouse gasses with almost 2-3% emissions globally in the span of a year. With the global climate crisis upon us, there is an urgent need to address the issue, but as the alternative and cleaner fuels remain unavailable for a few years, Europe is looking to tax the CO2 emissions from the ships.

EU has made a decision to include shipping in the Emissions Trading System (ETS) as a part of the European Green Deal. By no means is this deal final yet but there has been a vote by the EU’s environment committee for the said inclusion. The legislation can only materialise when it is approved by the Parliament and the EU leader, which will take quite a bit of time. But the news of this consideration is enough to raise questions and opinions as to whether this step is ideal or not.

The ETS is the European Union climate policy tool which helps to achieve the control of greenhouse emissions by the member-states in a much more cost-efficient way. It establishes a limit to all high CO2 emission sources. This principle of the system is called the ‘cap and trade’ principle. As per the cap system, the companies will receive or they can buy, emission allowances, the number of which is limited and is reduced over time. They can trade these allowances or even buy a few international credits as well from other emission saving projects globally. After the end of each year, the company must surrender enough allowances to cover all its emissions. If not, then fines are imposed. If the allowances are left, they can be saved for future use or sold to another company.

The shipping industry was included in this system due to the complaints of the advocates of the cause who claim that the tackling of maritime emissions have been too slow so far. The shipping program manager of a European climate lobby Group, Transport and Environment, Faïg Abbasov claimed that the rate of emission might be raised up to 50% if real action is not taken. The aim of this proposal though is going to be two-fold. One will be naturally to contain the emissions at the time of a climate crisis and the other will be to use the tax from the said emissions as a tool to boost the economy of the EU member states after the hard-hit due to the COVID-19 Pandemic. The charges on the emissions will go straight to the COVID recovery fund, but it also promises a green road to recovery as it promises to spend 30% of the coronavirus recovery fund on climate-related projects, in a bid to become the first carbon-neutral continent in the world.

As ambitious as that plan sounds, it has invited a lot of criticism and is being viewed as nothing but a way to accumulate funds for the European economic recovery rather than changing the pace towards a greener maritime trade. According to the UNCTD (United Nations Conference on Trade and Development), the ships carry 80% of all goods and all the charges which are levied on the pollution will be eventually shifted from the businesses to the consumers, hence imposing an unnecessary cost burden on the buyers.

Another major concern of this proposal is that it will prompt more national and regional measures rather than the reduction of emissions more uniformly under the International Maritime Organisation (IMO). IMO has already policy measures in place to control maritime emission till 2050. Its plan IMO 2020 plan to reduce the emission of sulphur dioxide by at least 77% by reducing sulphur content in the fuels. It also beings into attention, the possibility of regional taxation of ships coming to the ports, which means a disastrous outcome for international trading. There has been hence a call for the takeover of such measures to control maritime emissions to solely come from the IMO which can “ensure equal treatment for all shipping lines in the world.”