The Declining aura of the Chinese century 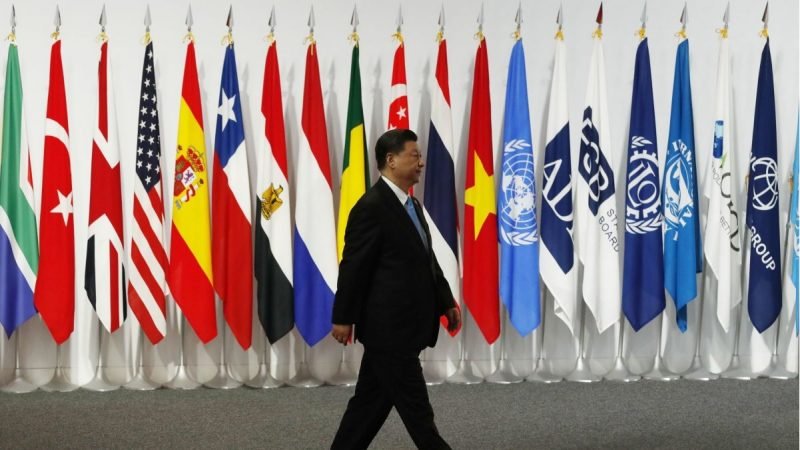 Contrary to the claims of the Chinese president and pro-China elements, the pandemic has accelerated the decline of China as a possible new superpower

Commentators have called the 21st century the “Chinese century” where China will surpass the United States as the preeminent power in the globe with China shaping the global order in accordance with his own whims and fancies. However, the reality seems far from what the Chinese regime has envisaged, with China having to manage a number of pesky issues.

The first point of decline for China is the extremely adverse international opinion to the change in the political status quo in Hong Kong which Beijing changed through the passage of the repressive and controversial national security law which criminalizes ‘subversion, foreign interference and terrorism’.  China regards the law as a necessary step to bolster the security of the special administrative region(SAR), however, the law, in reality, has effectively diluted the civil and political liberties which was guaranteed to Hong Kong during its handover to China by Britain in 1997 under the ‘one country two systems’ policy.

The West has already taken punitive steps to punish China for its intransigence in Hong Kong with the US suspending the preferential trade status with Hong Kong and the UK, Canada and Australia suspending extradition treaties with Hong Kong. The public opinion in the city-state has made it clear through demonstrations and digital campaigns that they will not back down and will fight for the restoration of their civil liberties.

China has through its famed but vague “nine-dash line” claimed the entire South China Sea region, it has over the years not only militarized the seas but has built artificial islands and has stationed potent naval assets in these islands most notably in the Spratly and Paracel islands. Robert D Kaplan in his book ‘Asia Cauldron’ mentioned the reasons the for China’s belligerent behaviour- nearly $3 trillion of trade passes through this region, over 70% of Japan’s oil and nearly 80% of South Korea and other South-East Asian countries conventional sources of energy come from this region.

However by disregarding the verdict of the UNCLOS’s Permanent Court of Arbitration in 2016 which declared China’s claims as “null and void”, China has earned the wrath of its South-East Asian neighbours. Vietnam has made it clear that the claims and counterclaims in the strategic region must be on the basis of the UNCLOS decision. The fact that Philippines one of the most vocal pro-China countries decided to continue a key military pact-Visiting Forces Agreement(VFA) with the United States points to the extent China has succeeded in alienating its neighbours. On top of that, the US has made it clear that they will vigorously contest China’s claims by conducting ‘freedom of navigation exercises.

America is perhaps the most potent elephant in the room for China since 2018 relations had already been on the decline ostensibly manifested in the form of a bruising trade war, recent events such as the US closing down the Chinese consulate in Houston, the Congress passing a non-partisan law which has imposed punitive sanctions on certain powerful members of the communist party and the US president’s tirade against China holding it responsible for the outbreak of the pandemic has adversely affected the reputation of the Chinese economic machine.

The recent skirmish between Indian and Chinese troops at the Line of Actual Control (LAC) in eastern Ladakh where 20 Indian soldiers were killed in an apparent ambush has also provided America with the leverage needed to cause more countries bandwagon with the aim of blunting the onslaught of China on the American led world order. It will be interesting to see as to how to future events pan out.

BRI- the final nail in the coffin

As if the mentioned above problems were not enough. The pet project of Chinese premier Belt and Road Initiative (BRI) is showing signs of complete economic collapse. The BRI was envisaged by the Chinese regime to resurrect the ancient silk route of China which would allow the enforcement of the “Middle Kingdom” economic order. But thanks to the debt trap diplomacy the Chinese regime has followed is coming back to haunt it. The most visible signs of stress are coming from Sri Lanka which has asked for a debt moratorium, Myanmar has also turned to India for deepening economic relations at a time when China has started piling pressure on these countries. Further, the western world has also started scrutinizing the contents of the BRI. The trouble will only mount for the Chinese economy in the coming days.

China has far too many problems to deal with hence the Chinese century is looking utopian at the moment, but if the regime undertakes an urgent course correction, it is possible for China to shape the current tumultuous world order in accordance with their own visions.