Presidential Elections in Belarus: An end to the 26-year-old regime? 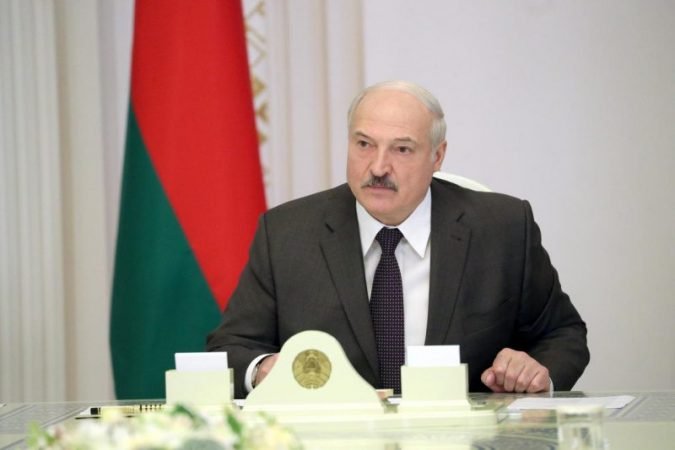 As the election date of 9th August for Belarus Presidential elections nears, the tensions in the region is constantly on the rise. President Alexander Lukashenko, an Independent Belarus’ first democratically elected President has been in power since 1994, right after Belarus separated from the Soviet Union. His long rule characterised by a more authoritarian approach to his governance earned him the title, ‘Europe’s last dictator’. For the past twenty-six years, the opposition candidates didn’t pose much of a threat to the President as they were mostly puppets of the government, with little reliable opposition. Today, the scenario differs greatly. For the first time in his rule, we see a threat to his regime. Svetlana Tikhanovkaya, who was dismissed as a weak player due to her lack of political experience, has been able to gain considerable momentum in her campaign highlighting change and democratisation of the country.

With the country being embroiled in continuous protests against the repressive policies of President Lukashenko’s government and Tikhanovskaya being able to garner huge support for herself as a candidate, it is more than possible that we might be witnessing the dawn of a new era in European Politics. To enlighten us more on the upcoming Presidential elections and give us a little bit of insight, Apoorva Mishra from The Kootneeti Team interviewed Katsiaryna Shmatsina, a political analyst at the Belarusian Institute for Strategic Studies (BISS).

Questions: How do you see the handling of the coronavirus Pandemic by President Lukashenko, who never enforced strict measures against it, and the helplessness of the current regime against the current economic worsening being a tipping point for the voters against the current government and heavily in favour of the opposition? Or was it a slow and inevitable build-up?

Katsiaryna Shmatsina: The pandemic added up on the growing dissatisfaction of the population by the incumbent – people did lose jobs over COVID, and their well-being deteriorated, plus the authorities did not publish real figures on the COVID deaths – at least people did not trust the official statistics, independent journalists were having a hard time to get any comments from the ministry of health, plus the doctors and medical workers who criticized government’s handling of COVID faced repressive measures, some were fired. All this added up on discontent. However, a major reason for society’s discontent is that the incumbent stays in power for 26 years and plans to stay at least for one more term – while the country needs at least a change of leadership and at its best- much-needed structural reforms, democratic institutions, and independent branches of government instead of the consolidation of powers in one hands.

Questions: Does Svetlana Tikhanovskaya, one of the only strong candidates remaining in the race to presidential elections, not pose enough threat for President Lukashenka? Could her election campaign mixed with favourable public opinion be the end of a 26-year-old regime of President Lukashenko?

Katsiaryna Shmatsina: Apparently, Lukashenko did not expect that these new women trio lead by Tikhanovskaya would become so strong and appealing to the people. He pre-emptively got rid of his major opponents denying the registration, and left Svetlana as a candidate whom he did not see as a viable rival – but if he got rid of all the popular candidates – this would have raised massive public discontent and also looked clearly badly in the eyes of the West (hence, deteriorated relations with the EU and US over the democracy and human rights).

There are close to zero chances that Tikhanovskaya or anyone else other than Lukashenko wins the race. Lukashenko has enough control over the electoral committees to make them produce needed results (essentially rig the elections) – and enough capacity to use force/deploy police/otherwise detain activists – should people decide to protest on the streets.

Question: The Belarus authorities have recently arrested two strong opposition leader Mikola Statkevich and Sergei Tikhanovsky claiming that they have been collaborating with the Russian mercenaries belonging to the military contractor group The Wagners, to plot mass unrest right before the presidential elections. Though Russia denies it’s involvement in the issue, Belarus authorities claim to have arrested 33 militants of the controversial Wagner group allegedly controlled by Putin’s ally. Is Russia really monitoring presidential elections in Belarus and hoping to destabilise the 26-year-old government or was it a swift move by Lukashenka to get rid of his opposition? How far is the Russian involvement in the domestic affairs of the ex-soviet country?

Katsiaryna Shmatsina:  Russia has a long-term interest to keep Belarus in its orbit and for sure they watch closely the political developments in Belarus. Lukashenka is quite a predictable counterpart for Putin, although not everything goes smoothly: take for instance the stalled integration talks which were initiated by Russia and stalled by the official Minsk, or the arguments over the energy prices that take place each year. At some point, Lukashenka would leave – and then Russia would seek to promote a candidate who’d be most favourable for Moscow.

However, at the moment we don’t have any proof that the candidates have such links, those are only speculations.

As for the Wagner group, there are two major versions: this could be a way for Russia to annoy Lukashenka, showing that there is leverage over him. And another version is that this move could be orchestrated by Lukashenka to turn the attention away from the opposition candidates, to imply those links with Russia to question their trustworthiness, and also to show to the West that Lukashenka is a guarantor of stability in Belarus and that the alternative to him comes with the Russian aggression.

Question: ODHIR (OSCE’s Office for Democratic Institutions and Human Rights), an international body that has been overlooking the fairness of Belarusian elections since 2001 withdrew because of invitation not being sent on time. The Moscow based body Commonwealth of Independent States has agreed to replace it. It used to oversee elections of former USSR member states. What exactly does the supervision of Moscow based CIS of the Belarusian election mean for the transparency and fairness of the 2020 Presidential elections?

Katsiaryna Shmatsina: Usually, there is a radical difference between the statements of the OSCE and CIS observers: the European observers claim that the elections were conducted with the lack of transparency and with violations of the electoral standards, while the Russia-led CIS claims that the elections were democratic. And without the OSCE observers, we can expect even more violations on the polling stations than we used to observe in the previous years – one example could be the forceful removal of the independent Belarusian observers at fake charges by the police – today on the first day of the preliminary voting we’ve already heard of one such case.

It can be concluded from this conversation that he elections are tilted undoubtedly in President Lukashenko’s favour, but the new wave of dissent and opposition is refreshing in the country where otherwise the citizens were more complacent towards the policies of the government. People demand change, but it is often slow to come.

Katsiaryna Shmatsina is a political analyst at the Belarusian Institute for Strategic Studies (BISS) and Rethink.CEE fellow at the German Marshall Fund of the U.S.