European Security and the Threat of Terrorism 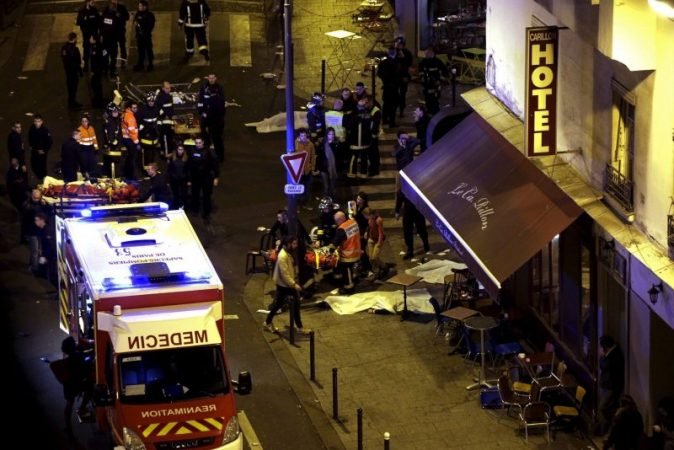 Terrorism is a highly complex and constantly changing phenomenon, which conjures up feelings of shock and fear for the majority of the population. Following the September 11, 2001 attacks on the United States, the threat of terrorism has been at the forefront of European citizens and policymakers’ minds alike. Furthermore, this threat became even more intensified due to an increase in attacks during the period of 2015-2017. As a result, terrorism is viewed as one of the most critical threats to European security and thus policymakers are constantly looking for appropriate measures to counter acts of terror.

Some difficulty arises with defining the term ‘terrorism’, due to the absence of a unanimous definition. Nevertheless, what is generally accepted by all is that terrorism is a pejorative term which is applied to those one disagrees with. For the purpose of this brief, Wilkinson’s five characteristics of terrorism will be outlined:

The threat of terrorism to Europe is extremely severe and this threat has become even more apparent in recent years following the rise of the Islamic State in 2014. For instance, attacks and arrests in the EU in 2019 were at a total of 119 foiled, failed and completed terrorist attacks throughout 13 EU member states. Ten people died and 27 people were injured as a result of these attacks. Furthermore, 1004 individuals were arrested on suspicion of terrorism-related offences throughout 19 EU member states. According to the Telegraph, Britain is the worst country in Europe that is affected by terrorism.

It is evident that the main threat seems to come in the form of jihadi terrorism and, in particular, from ISIS or ISIS supporters. According to a report, 69.3 percent of fatalities from terrorist attacks in Europe between 2009-2020 were from jihadists, compared to 21.8 percent from right-wing individuals or networks, 6.9 percent from ethno-nationalists, and 2 percent from left-wing actors. Between 2015-2017 there were an increase in fatalities from jihadist attacks, such as the November 2015 Paris attacks (130 killed), the March 2016 Brussels attacks (32 killed), the July 2016 attack in Nice (86 killed), the December 2016 Berlin Christmas market attack (12 killed), and the May 2017 Manchester Arena attack (22 killed).

With the territorial defeat of ISIS, attacks in Europe are increasingly likely to be in the form of lone-wolf terrorism as well as ISIS-inspired attacks. In the current digital age, individuals can be more easily radicalized through online platforms, increasing the likelihood of lone-wolf terrorism occurring. Likewise, since Europe has a large number of foreign fighters who left for Syria and Iraq, there is a high threat from the return of these foreign fighters as well as extremists that are being released from prisons. In the UK, there are currently more than 200 people jailed for terror offences but it believed there are up to 800 flagged as potential extremists. In February 2020, for example, Sudeh Amman stabbed two people in Streatham, London, before the police killed him and ISIS claimed responsibility for this attack. He had previously been jailed for collecting and disseminating propaganda and was wearing a fake suicide vest when he was killed.

Another cause for concern for Europe that has recently came to light is Bosnia and Herzegovina being a place to give terrorism a passage into Europe, with Bosnia and Herzegovina being termed a “sanctuary of terrorism”. A report by The Economic Times states that illegal migrants and terrorists from Pakistan have been entering Europe through Bosnia and Herzegovina, raising fears of a rise of terror attacks in Europe. The Bosnian border force claim that around 3000 Pakistani citizens have been fraudulently granted visas at the country’s embassy. This has allowed them to cut out travel through Iran, Turkey, Greece, Albania and Macedonia that would have increased the likelihood of their arrest as well as their expenses. Among these migrants, two terrorists were uncovered after a detailed fingerprint analysis. According to Bosnia, however, Pakistan is not cooperating in identifying these Pakistani illegals.

According to the British intelligence MI5, Northern Ireland is the most concentrated area of terrorist activity anywhere in Europe, with the New Irish Republican Army (IRA) being the dominant threat. The New IRA is a republican paramilitary group that was founded in 2012. The group came about after the Real Irish Republican Army merged with Republican Action Against Drugs and several other smaller militant groups. The group has a membership of around 250 to 300 military activists. The ultimate goal of the New IRA is to end British rule in Northern Ireland and thus see a united Ireland. It is widely believed that the UK’s decision to leave the European Union, otherwise known as BREXIT, has led to an increase in the appeal of the group to young disenfranchised republicans.

The group primarily targets police officers and has been responsible for the murder of prison officer David Black, who was shot dead in 2012, as well as prison officer Adrian Ismay after a bomb exploded in 2016. Furthermore, the group has claimed a number of package bombs posted to targets in London and Glasgow. In April 2019, the group shot and killed journalist Lyra McKee during riots in Derry.

Current Response and The Way Forward for Europe

The European Union counterterrorism strategy is centred around four pillars:

It is likely that the internet and social media will remain in playing a major role in terrorist recruitment and radicalization due to the ease of accessing information through online platforms. The EU should, therefore, continue to strengthen its cybersecurity and protect the digital sphere from the exploitation from terrorists by continuing to monitor social networks and by cooperating on the international sphere. Furthermore, it is likely that Europe will face a future threat from extremists that will soon be released from prisons and thus should continue to implement disengagement programs (which involves dissuading an individual from violent or other illegal activity) within prisons and keep a close eye on them upon their release. Governments should also take further measures to mitigate the potential threat from the return of foreign fighters. Lastly, EU law enforcement, intelligence, military, and diplomatic agencies should continue to cooperate closely with other governments to combat the terrorist threat.