U.S.-China Diplomatic Crisis: Here is the story so far 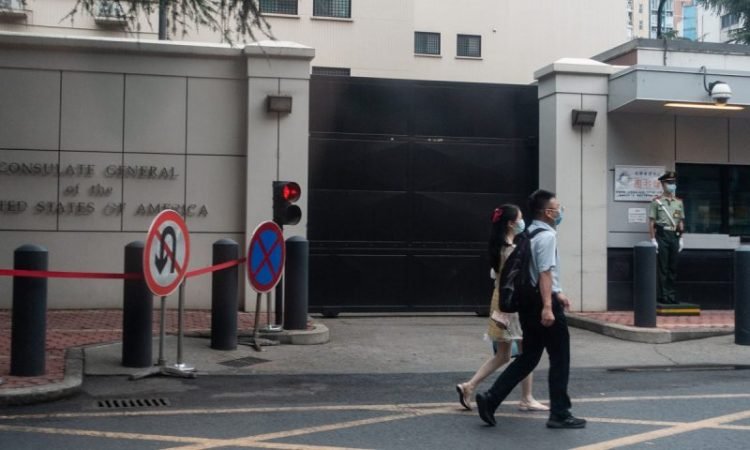 The United States ordered the closure of one of the Chinese diplomatic mission in Houston within 72 hours back on 22nd July 2020. China in response vowed to retaliate by ordering the closure of the U.S. consulate in Chengdu. The move is new in the gradually escalating tensions between the two superpowers.

Analysis of the decision of Washington

The US State Department said that the move was in response to the repeated violations of American sovereignty including illegal spying by China. The move was important given the Trump administration’s efforts to tighten its grip over Chinese diplomats, scholars, journalists in the United States. The tensions between Washington and Beijing were on a rise since the COVID-19 outbreak. The administration of President Donald Trump was considering to issue travel bans for members of the Communist Party of China and their family members travelling to the United States. Such a move, if brought into force, could impact to 270 million people and was not considered a rational one by experts. US State Department spokeswoman, Morgan Ortagus said the decision to order the Chinese to close their Houston consulate has given a loud and clear message that the United States would not tolerate China’s behaviour.

Trump administration has repeatedly hurled acquisitions at Beijing for stealing sensitive information, allegations that Beijing has denied. Two Chinese hackers have been accused of stealing information relating to COVID-19 vaccine research. Wang Wenbin, a spokesman for the Chinese Ministry of Foreign Affairs urged the United States to reverse the decision otherwise China will retaliate with the necessary measures hinting at the closure of US consulate in China. Mr Trump even said during the daily press briefing at the White House that there is a possibility of closing more embassies. China reiterated saying that its officials never operated outside the norms of diplomacy. Wang Wenbin said that the decision to close the embassy was against the international norms and that the US has tried to threaten the US-China relations. The Deputy Secretary of State, Stephen Biegun explained Mr Trump’s decision to order the closure of Chinese consulate in Houston.

Beijing in response to the move by the United States ordered the closure of United States consulate in Chengdu. The consulate was a doorway to the western regions of Tibet and Xinjiang, where according to UN estimates, Uighurs are being held in what Beijing calls vocational training camps. Beijing has already come under the radar for its treatment of the Uighurs. The consulate was given 72 hours or until 10 a.m. on Monday. Beijing confirmed on Monday that it has taken possession of the consulate after the US flag was lowered outside the building. Disagreements between US and China are on a rise starting with the COVID-19 pandemic, China’s claim to the South China Sea, Beijing’s new security law with powers over Hong Kong, the gross human rights violations committed against the Uighurs. The local residents gathered outside the consulate taking photos and videos of what they expected would be the last time to see the consulate in the hands of the United States.

The United States and  China relations will sharpen post COVID-19. Although the closure of consulates by US and China will impact the relations in the long-term, President Donald Trump of United States should focus on more pressing issues as the pandemic, civil unrest that has caused upheaval in the society. Moreover he mustn’t forget that the country is an economic basket case with rampant unemployment and the way COVID-19 has battered the economy of the United States. US and China should work to stabilize their relations and focus on something of immense importance as developing a vaccine for the coronavirus from which the world at large can benefit. It is not the right time for the two giants to lock horns on matters that are of less importance in the wake of the coronavirus pandemic that threatens to topple the world order.