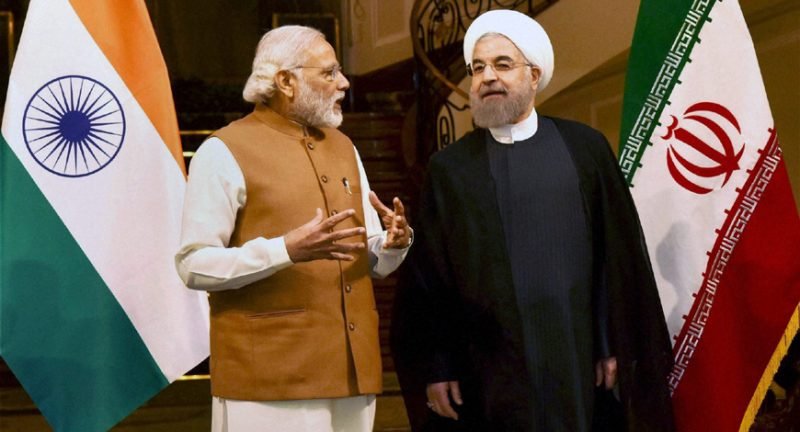 India’s prospects of building the Chabahar rail link and developing the Farzad-B gas field has diminished after Iran’s recent move to undertake the projects on its own. This comes at a time when China is about to ink a $400 bn deal with Iran. While the Indian media reported on Iran ‘dropping India out’ of the rail project, an Iranian government official, Farhad Montaser, has refuted such statements claiming that no agreement was made. A week prior, the Iranian transport minister set the track-laying process in motion. Earlier this year, Tehran had also expressed its intent to develop the oil field initially with the help of domestic enterprises. Although, the Iranian side ‘hazily’ stated that India and Iran “are determined to continue their cooperation in the field of rail transport, especially the Zahedan-Chabahar railway”, after a meeting between the Indian ambassador to Iran, Gaddam Dharmendra and the head of Iran Railways (RAI), Saeed Rasouli. The latter has invited the ambassador for another meeting on 27 July 2020, Monday, to discuss the prospects of cooperation. But does that mean India is ‘back in track’ with Iran for the rail-line construction? Not really. The question is why did such fissures and incongruence in interest and policy arise between both the states?

Chabahar, Iran’s only deep-sea port, opens India’s route to reach the Central Asian Republics (CAR) and Afghanistan. Inaugurated in 2017, this port is located strategically close to the China-Pakistan Gwadar port. The Chabahar rail link is part of the connectivity project to reach Afghanistan and further to the CAR. The rail track is proposed to be laid between Chabahar and Zahedan, extending to a distance of 628 km. From Zahedan, the goods will be transported to Zaranj in Afghanistan and then to Central Asia. The railway line will hold 34 stations and is speculated to facilitate the shipment of 2.8 million tonnes of freight every year.

In 2016, India and Iran finalised an MoU enabling India’s IRCON to provide infrastructure assistance for the project towards which India had declared around $1.6 million, though no agreement was made on the same. A few days before Montaser’s statement, media reports said that Iran had cited delay in Indian funding as the reason for its decision to move ahead. According to a recent source, India had an objection to Iran’s proposal of giving the project to IRGC’s Khatam al-Anbiya company. Given that IRGC is one among those Iranian entities under U.S. sanctions, as per the conditions, India cannot go ahead with an enterprise associated with it even for projects related to Chabahar that have been exempted from the sanctions.

India’s ONGC Videsh Limited was part of initial exploration in the gas field. After the discovery stage, the negotiations to proceed with the exploration was halted owing to U.S’ sanctions on Iran and inhibitions from both the Indian and Iranian sides. India has been eyeing to clinch the contract of the Farzad-B gas field since 2009. In 2008, a joint venture of ONGC, OIL and IOC explored the field and estimated 21.7 trillion cubic feet of natural gas reserves. Nevertheless, last week, the head of the National Iranian Oil Company announced that the contract to develop the gas field will be awarded to a local operator and India will be invited in the later stages.

The impact of U.S pressure on India- Iran relations will cost India heavily. Subsequent U.S sanctions on Iran has heavily impeded negotiations between New Delhi and Tehran on important infrastructure plans including the Chabahar rail project. Additionally, India’s hesitation to purchase oil from Iran may block its strategic aspirations in Iran, Afghanistan and Central Asia. The rail-road will act as a transit corridor for India to cruise into Afghanistan and the CAR and as the project is slipping out of India’s hand, New Delhi needs some rethinking of its priorities and strategies.

The growing bonhomie between Iran and China will affect India’s strategic interests. In the past, India had deterministically avoided Chinese footprints in Chabahar. But China has been strengthening its hold in Iranian projects of late. More so, larger elbow room has been provided by the United States for Tehran and Beijing to build their relations based on a convergence of interest and threat perceptions. If the strategic deal between both the states, which is currently under the scrutiny of the Iranian Parliament (Majlis), sees the light of the day and China delivers its pledge of such handsome funding, Iran may latch on to China for its infrastructure projects, furthering itself away from India.

This rail project issue is a litmus test that has been posing as a massive diplomatic challenge for New Delhi. Is Iran losing confidence in India as a reliable partner? Is it playing the Chabahar card to send strategic signals to New Delhi that it has found a better partner in China? The way things have rolled out now, it is imperative that India designs a strategy for damage-control and to resist China from overshadowing its interests in the region.