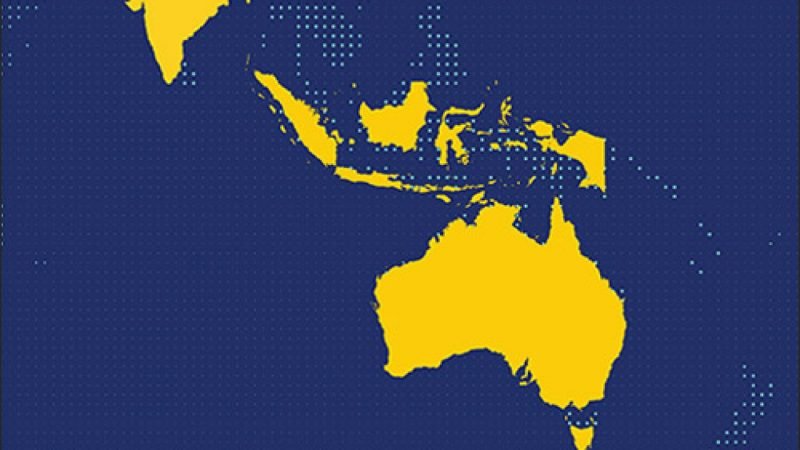 “This is a good time for India to up its investment in the quad. The appearance of privileging BRICS/RIC meetings over engagement with like-minded partners is discordant” tweeted by Alice Wells, now retired acting secretary of state for South and Central Asia. Amidst unprecedented disruption in socio-economic life around the world as a result of the devastation caused by COVID-19 Pandemic, China has up the ante against her land and maritime neighbours. Recent flare-ups at LAC has reinvigorated the sense of compulsion for strategic alliances in Quad against Chinese incessant assertion at its periphery.  This article discuss the Quad as a strategic alliance to maintain a stable balance power in the Asian region.

The Quadrilateral Dialogue has its origin in naval cooperation between India, Japan, Australia and USA after the 2004 Indian Ocean Tsunami. Quadrilateral Strategic Dialogue (QSD) was first conceived by Japan in 2007 comprised of US, Japan, India and Australia as ‘arc of freedom and prosperity’. The stated objective of this informal arrangement, according to Japanese was, defending international rule-based order. However, this time, ambiguity and lack of willingness around its conception and participation led to its premature death even before it was fully conceived. All four countries had their part of the justification for their unwillingness to such a grouping. One thing was common among all, that was their extreme consciousness towards any move that can jeopardise their complex interdependence with China.

In an op-ed in Nikki Asian Review, the then Prime Minister of Australia, Kevin Rudd points out the ambiguous attitude on the part of US, India and Japan itself and an uncertain future (of QSD) for their unwillingness to join. To quote PM Rudd “For Australia in 2007, to begin embroiling itself in any emerging military alliance with Japan against China, in the absence of any formal reconciliation between Tokyo and Beijing over the events of the Second World War, was incompatible with our long-term national interests.” The then Australian Foreign Minister, Stephen Smith publicly stated that Australia would not be proposing to have a dialogue of that nature. In India, 2007 was the period when all our diplomatic and political strength was occupied in getting NSG Waiver for Indo- US Nuclear Deal and any anti-China grouping would have been detrimental for India’s strategic ambition. PM Singh’s Government was also on a cusp of fall when CPI (M) withdrew its support forcing the government to face a no-confidence motion. In Japan, PM Abe’s sudden resignation gave a death blow to QSD as the next PM Yasuo Fukuda was not interested in the quad. The USA of 2008 was not prepared to put its weight behind Quad and they lacked enthusiasm as a senior US official, responding to a question on Quad stated that ‘our priority emphasis has been on this trilateral dialogue (Trilateral Strategic Dialogue) among the three allies.’ This was the first stint of Quad. The next weight behind Quadrilateral Dialogue had to wait for nearly a decade and Chinese more assertive maritime, economic and geopolitical adventurism.

The reinvention of Quad, with stated aim to establish rule-based order in Indo-Pacific, is to be read with the contextual regional and larger global developments. The two most prominent events that played a role in it are; first, Change in Chinese strategy from president Xiaoping’s ‘hide your capability and bide your time’ to President Jinping’s thought of ‘socialism with Chinese Characteristic for the new era’ and second, USA President Donald Trump’s election with a business-minded strategy to bring down the trade deficit with China leading to trade war. All other flare-ups are the consequences of either of the two. Now let us dwell into detail the grievances and strategic objective of Quad members vis-à-vis China.

Japan and China have historic animosity due to events leading up to the Second World War and Chinese pre-occupation with historical claims is not unfamiliar with any diplomatic or political circle. Be it her claim in the South China Sea or at Line of actual control bordering India or claim on Senkaku Island, all have historic calculation at play. Uninhabited chain of an island known as Senkaku Island (Diaoyu island in Chinese) is the bone of contention between the two, which was under Chinese occupation until it was taken over by Japan after first Sino-Japanese war 0f 1894-95. It remained under US control after the Second World War when most of the Japanese occupied territories were handed back to China. In 1972, under the Okinawa Reversion Agreement, the island was taken over by Japan owing to 1968 discovery of undersea oil reserves. Japan nationalised the island in 2012. This provoked now, more powerful, assertive and China which not only has strategic stakes involved in this dispute but now, has an ideological and prestige dimension to it.  Recently Chinese have been trying to change the status quo of the region by frequent movement of Government vessels moving around 24 nautical of the disputed island. Japanese strategic calculation and their larger world view of free and open Indo-Pacific region demand like-minded countries to contain Chinese assertion in the region.

USA and China are involved largely in Great Power Competition triggered by the exponential rise in China over a decade. All recent flare-ups between the two and eventual re-invention of QUAD, from US point of view, is to be seen under the banner of great power competition. The contentious issues involving currently are ambiguity behind the origin of Coronavirus, Chinese security legislation on Hong Kong, accusations of Huawei’s spying activities etc. Given the current circumstances of US-China relationship, USA has been ready with its weight to buck pass any regional alliances to contain China and maintain their hegemony in the Indo-Pacific region. Recently three American aircraft carrier has been seen patrolling in the South China Sea in a massive show of naval force.

Recently Australia has been at the centre to face the wrath of Chinese diplomatic aggression when Australia fell in line with the US dictate to push for an independent investigation into the origin of Coronavirus. Chinese ambassador to Australia quoted saying, “Maybe ordinary (Chinese) people will say why should we drink Australian wine? Eat Australian beef?” This was followed by Chinese retaliation as they stopped accepting beef four large Australian abattoirs on the health issue and slapped 80% tariffs on Australian Barley imports probing anti-dumping operation. Owing to huge economic dependence on China, Australia supports an alliance to deal with China’s assertion. PM Morrison, with respect to Quad, has been quoted saying “it is a key forum for exchanging views on challenges facing the region and including taking forward practical cooperation on maritime, terrorism and cyber issues.”

Need for Quad as a long term security dialogue arrangement is not felt more by anyone else than India, at this juncture. Chinese PLA has entered the Galwan Valley along the LAC (at Sino- India border), which was traditionally perceived as Indian territory. For nearly two months now, PLA and Beijing’s state-run media has up the ante on Indian, claiming all of the Galwan region. Reportedly, they have also built structures, deployed forces, killed 20 Indian soldiers and unilaterally tried to alter the status quo. Similar incursion has been there at two more points at Pangong Lake and Naku la. India has retaliated through economic measures like banning 59 Chinese application, keeping Chinese companies out of several infrastructural and power projects. Such measures have got the backing of USA as Secretary Pompeo quoted saying “India’s clean app approach will boost India’s sovereignty, integrity and National security.”

Quad, in its revived form since 2017, met frequently at Joint/ Additional Secretary level. Last year they met at ministerial level at New York on the sideline of United Nations General Assembly. Later that year Quad members again met at Bangkok on the sideline of East Asia Summit. Australian PM Morrison said last year, “Australia sees the Quad as an important sort of architecture in the region that can cooperate economically, militarily and strategically”. With this, Australia’s apprehension as it was a decade ago has faded away. Recently diplomatic standoff between the two (discussed above) has also been pushing for Quad. As the events unfold, we are witnessing more and more convergence among Quad members. India-Australia virtual bilateral summit held last month upgraded our partnership architecture to ‘comprehensive strategic partnership’. An important agreement was Mutual Logistic Support Agreement (MLSA) aimed at enhancing naval cooperation. Very recently, in a major diplomatic boost to India, Japan has condemned the Chinese unilateral attempt to alter the status quo at LAC.

All these bilateral diplomatic convergence can be seen as the steps towards a more inclusive and formalised form of Quadrilateral arrangement. The need of the hour is to convene meetings on a more frequent basis, institutionalise the arrangement to give it a sense of formal dialogue platform (rather than on the sidelines) and reinforce the multilateral complementarities.