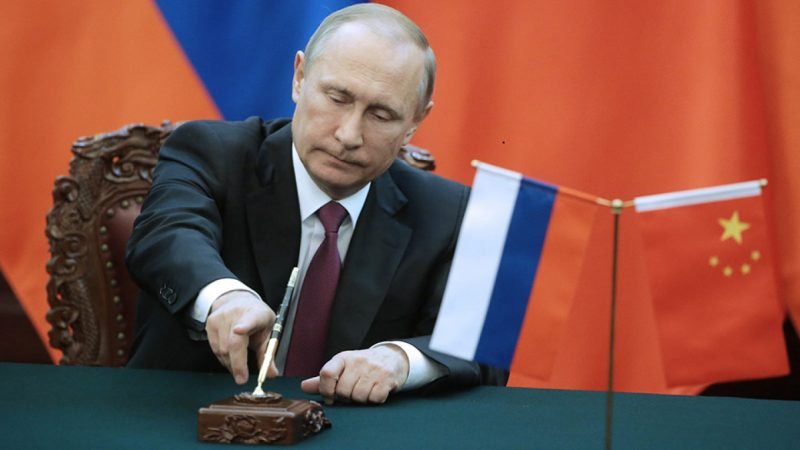 EXECUTIVE SUMMARY: Russia’s position is crucial in the unfolding US-China competition. There are two likely scenarios. In one, Russia is able to maneuver between the powers and score geopolitical goals in its neighborhood and in the Middle East. In the other, Russia is cast by the West as an outright enemy, leaving little room for compromise and allowing the country to fall further under Chinese influence.

Russia’s relations with the West are at their lowest point in two decades. Similar patterns of warming and cooling have taken place intermittently ever since Russia emerged as a major Eurasian power in the early 18th century. Each crisis with the West alternated with rapprochement and at times full military and security cooperation.

An unchangeable trait of those relations was that Russia had scarcely any foreign policy alternatives with which to balance its West-oriented geopolitical worldview. For Moscow, the West remained a major source of technological, economic, and political progress even as it remained an existential threat, as various military invasions by western Europeans into the Russian heartland proved.

This changed in the early 2000s, when China’s rise gave Russia a new card to play. Today’s Russian political elites advocate a more balanced foreign policy in which the Kremlin’s interests lie in every major Eurasian region. According to that vision, Russia’s foreign policy is no longer attached to any specific region but is evenly spread in an era of “Global Russia.”

From the Russian perspective, the competition between the US and China is a geopolitical development that could offer Moscow many opportunities. The US, which once focused on containing Russia through broader support for vulnerable territories from Scandinavia to the Black Sea, is now focused on Syria and other Middle East trouble spots and is shifting its attention far from Russia’s borders to the Indo-Pacific.

There is, indeed, an urgent need for this shift in American focus, as China’s power far outstrips Russia’s. But for the Russians, the shift in the American worldview means US power will be depleted even more than it was in the 2000s. Over the century’s first two decades, the US entered Afghanistan and Iraq and later got involved in Syria, spending trillions overall.

This means that Russia’s pivot to the east, rebalancing the West with China, has much deeper geopolitical significance than many believe. Russia-China cooperation goes far beyond the “partnership of convenience” propounded by many analysts.

As the US-China competition persists (as it is likely to do for decades), it will grow easier for Russia to maneuver and attain at least some geopolitical aims in its immediate neighborhood. For Moscow, the longer the competition between the two economic and military powers goes on the better, as it will help Russia position itself as a separate pole of geopolitical gravitation.

We often forget that to the Russians, China and the US are long-term geopolitical rivals of very much the same caliber. The Kremlin does not trust either one of them, and their competition redounds to Russia’s benefit. A similar situation existed before WWII, when Stalin and the Bolsheviks perceived all Western powers as hostile. To gain geopolitical advantage it was necessary to foster disagreements between the Nazis and France and Great Britain.

While that strategy worked then, this is a different era. First and foremost is the grand scale of the struggle between the Chinese and Americans. Still, the inherent geopolitical worldview of the Russians remains the same: abstain from directly engaging in the US-China competition and try to leverage it to gain geopolitical points. The ultimate objective is to have both the US and China approach Russia for geopolitical support.

Time will tell if this strategy will work. The US is increasing pressure on allies and partners across the world to desist from security and military cooperation with the Chinese. A clearly defined US-led techno-economic bloc is emerging. For the moment, Russia is closer to China through burgeoning economic and military ties—but the Russians fear that a powerful China could strategically challenge Moscow’s interests in Central Asia and elsewhere.

Ideally, Washington would prefer that Moscow come closer to the US than turn toward China. Perhaps serious effort will be made to salvage its broken relations with the Kremlin. The problem will be how many concessions the US and the EU can make. The focal points will be Ukraine first of all, and then Moldova and Georgia. Some concessions might be offered, but it is unlikely that the collective West will abandon its decades-long economic and military efforts in the former Soviet space.

Similarly, Russia will try to score points in the Middle East. The West might be more conciliatory there, but not to the point of abandoning the region altogether.

This leads to another scenario in which the West does not try to pull Russia closer, but rather leaves it to be drawn into China’s orbit. Many believe the collective West would be unable to match Russia’s and China’s combined resources. This might not be entirely true. After all, the US managed to contain the Soviets and the Chinese when they were close in the 1950s and early 1960s, a time when their satellites controlled most of the Eurasian landmass. This US tradition could serve as the basis for a more pronounced confrontation with the non-democratic powers.

This would mean that Russian hopes for geopolitical gains through grand geopolitical trade-offs with the West might not materialize. The country might be further pulled into the Chinese sphere of technological, military, and security influence.

The possession of a large nuclear arsenal would not be a point of leverage for Moscow. Chinese influence would expand in every non-nuclear sphere. With Russia essentially cut off from the West, it would be unable to contain China’s economic and military power in Central Asia and the Middle East.

Either of these scenarios could unfold. Russia might try to play the difficult game of balancing the West and China to gain concessions from both. However, the Kremlin’s long-term hopes could be dashed if the US comes to regard Russia and China as strategically linked in the enemy camp. With China dominant and Europe hesitant to help, there would be very little room for cooperation.

This article was originally written by Emil Avdaliani for BESA Centre