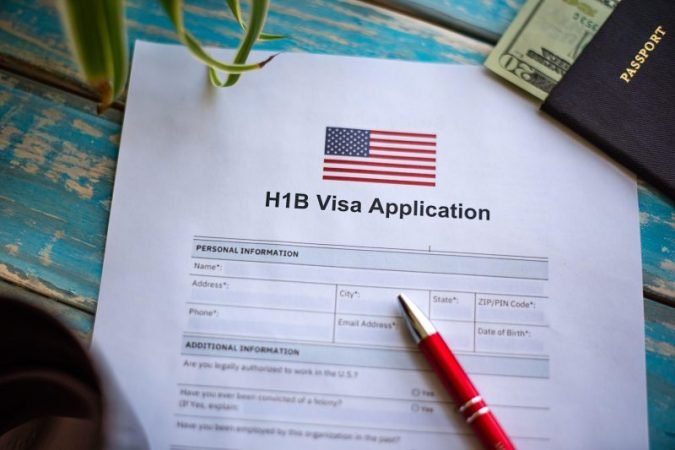 US President Donald Trump signed an order the past Monday barring new immigrants and non-immigrants on a range of visas that are employment-based, such as H-2B, J, L, and the H-1B visa, which is for high-skilled workers. This would lead to a prohibition of people coming to the USA in light of the ongoing COVID-19 pandemic until the end of the year. However, it shall not impact the existing holders of the visa. Over two million positive cases of COVID-19 have been recorded in the U.S. as of 25th June 2020 according to The Centers for Disease Control and Prevention. The unemployment rate in the country increased to 13.3 per cent in the month of May due to the crisis brought about by coronavirus, as reported by the data provided by the U.S. Bureau of Labor Statistics.

This temporary suspension of legal immigration can be expressed as an endeavour to protect the jobs of American citizens. This suspension has been greeted with mixed reactions and mostly negative ones from IT professionals. Sundar Pichai, the CEO of Alphabet, expressed his dismay in the form of a tweet. Apple CEO Tim Cook’s statement on Twitter laid stress upon the benefits reaped from immigration by his company and the nation alike.

The H1-B visa enables companies from the United States to employ graduate-level workers in occupations that require technical expertise in specialised fields such as information technology, finance, accounting, engineering, medicine, etc. A non-immigrant visa, it is reserved for high-skilled workers seeking employment in the country. However, there is a cap on the maximum number of H1-B visas that can be issued in a year.

This type of visa is initially granted for up to three years and can be extended to a maximum of six years. It is one of the few US visa categories recognised as dual intent, allowing foreign nationals to be temporarily present in the United States with the intention of possibly immigrating to the U.S. permanently. Permanent residency can be sought by receiving a Green Card.

Other forms of suspended visas include the L-1A, L-1B, and J-1. The L-1 classification is for international transferees who have worked for a related organisation abroad for at least one continuous year in the past three years and who will be coming to the United States to work in an executive or managerial (L-1A) or specialized knowledge capacity (L-1B). There is no cap or educational requirement on the L1 visa. On the other hand, the J-1 visa is issued to participants of work and study-based exchange visitor programs.

Importance of the H1-B Visa for Indian Techies

The blockade of the H1-B visa has sparked an array of questions amidst tech enthusiasts in India. There is no doubt that it will affect the movement of skilled professionals, and the technology department can be predicted to be the worst affected. Even though immigration is an issue garnering several debates in the United States, the impact of President Trump’s orders can be described as manifold, and stakeholders too many. Both young Indians and Americans will be a part of the receiving end when it comes to negative impact. The US Citizenship and Immigration Services (USCIS) reports about 2,50,000 H-1B work visa applications out of which Indians had applied for as much as 67 per cent of the total work visas for the current financial year ending March 2021.

Ministry of External Affairs (MEA) spokesperson Anurag Shrivastava stated that: “This is likely to affect the movement of skilled professionals who avail of this non-immigrant visa program to work lawfully in the US. We are assessing the impact of the order on Indian nationals and industry” in a press briefing on Thursday. He said that high-skilled Indian professionals bring important skill sets, bridge technological gaps, and impart a competitive edge to the US economy. He further went on to add that Indians have been at the forefront of the fight against COVID-19 by employing their skills and talents in sectors such as but not limited to health, finance, and information technology.

In recent decades, thousands of doctors, engineers, scientists and managers have moved to the US from India. New Delhi’s support has always been unparalleled and must not be ignored despite the “America First” policy.

This stroke by the US administration has definitely raised concerns among Indian IT aspirants that were eyeing the American job market. MEA Spokesperson Anurag Srivastava stated that “people-to-people linkages and trade and economic cooperation, especially in technology and innovation sectors, are an important dimension of the US-India partnership” as this would change the structure of the industry in multifaceted ways.

Young Indians are now in search of alternative job markets. A noteworthy development amidst the storm is an increased curiosity and enquiry in Canadian firms. Web traffic in websites linked to Canadian companies has increased. Canada is known for its active and enthusiastic advocacy concerning immigration. The number of Indian international students studying at Canadian universities increased by 127% from 2016 to 2018, as per data obtained from the Canadian Bureau for International Education. The Statistics Canada study expects that COVID-19 will have an even bigger impact on Canada’s permanent and temporary resident levels between April and the end of June 2020.

This leaves the door open for the question: Will Canada be the next sought after destination for Indian tech giants and aspirants alike?

Tags: American Dreamnon-immigrant visas by the US