Putting Nepal Into Its Orbit, Is Just a Part of Larger Design 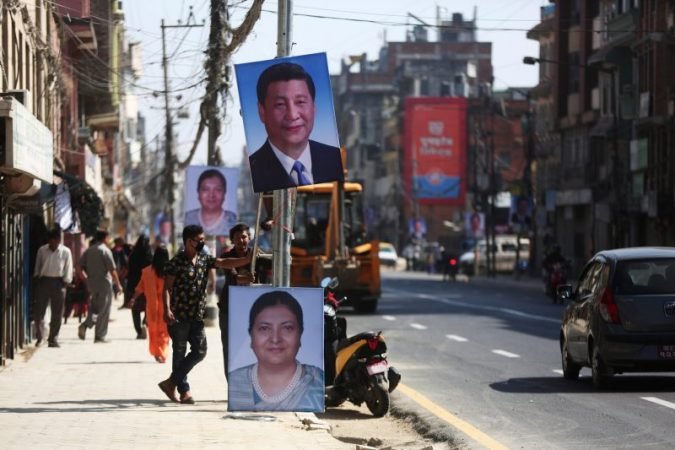 Geopolitics is like a game of chess. To win it, each move needs to be well-thought-out and planned with a long-term design. And in its geopolitical ambition to dominate South Asia, Nepal is just one of the pawns for China.

China made long-term investments in Nepal which are now paying off. These investments were in the form of hard power instruments such as trade pacts, economic aid, infrastructure development projects and military modernization programme followed by soft power exercise for wider dominance. The soft charm offensive included cultural penetration via establishing China study centres and Confucius institutes; micro-managing the Nepal Communist Party (NCP) (after mediating the union of CPN-Maoist Centre and CPN-Unified Marxist-Leninist) as an ideological partner, and promoting itself as a benefactor sharing the fruits of development and a ‘good neighbour’ who is always present when in need.

China was successful in winning the hearts and minds of Nepali populace when in 2015, after India’s unofficial blockade on Nepal, it quickly stepped in as a messiah with emergency oil supplies. China further skillfully exploited the opportunity to provide Nepal with access to its land and seaports ending the country’s sole dependency on India for essential supplies. Similarly, suspension of Indian arms supply to Nepal has been followed by extended military aid and assistance by China. Since decades, Beijing has been pumping millions of yuan into Nepal’s economy under the guise of its ‘Peaceful Development Strategy’. Development of fibre-optic links, new international airports, construction of the cross-Himalayan railway lines, aid for hydropower projects and a huge foreign direct investment (FDI) in Nepal coupled with millions of financial aid are the means used by Beijing to increase its footprint in the buffer state.

However, Nepal must understand that there are no free lunches. China’s friendly economic aid comes with ‘strings attached’.  China’s foreign policy has been the dualistic use of hard and soft power, both and interchangeably. Like most of the other trading states, Nepal too has a growing trade deficit with China. And alike most of the economic aid recipients, it is in the debt trap of China. On the other hand, China has been reaping economic, geopolitical and strategic benefits from his newly found ally. Nepal-China border security cooperation, Nepal’s affirmation to the ‘One China Principle’, acknowledgement of Tibet as China’s internal issue and commitment to not allow any pro-Tibet or anti-China activities on its soil, are just a few perks to count.

Meanwhile, Nepal is not alone, China has been applying the same strategy on its other South Asian neighbours. Sri Lanka, Bhutan, Bangladesh, Maldives, Myanmar, which India has traditionally tried to keep within its sphere of influence, are now tethering with China, beguiled by its opportunistic economic and political investments.

“Once you have managed to bring all of your bishops and knights out in the game, the middlegame begins. Now, look for capturing your opponent’s men one by one, starting with the piece that your opponent doesn’t protect”

China is already in its middlegame. With bringing Pakistan under CPEC, aligning Nepal, Maldives, Myanmar with the Belt and Road Initiative (BRI), acquiring strategic ports of Hambantota, Gwadar, Chittagong under its ‘string of pearls’ strategy, dispensing huge concessional loans to developing countries pushing them in debt trap; expanding Chinese military cooperation with South Asian states, and now offering Bangladesh a big trade waiver just when India is working to counter China’s aggression at the border, it has brought all its knights and bishops into the game. In its assertive move, China has been trying to capture the strategic points of Doklam and now the Galwan valley.

In this great game of Asia, China’s ambition is the encirclement of India and an unchallenged regional economic, political and military dominance. To counter this threatening opponent, India needs both an immediate response and a meticulous long-term strategy. A much deeper economic and political engagement with the peripheral states and a course-corrective diplomatic approach reflecting pragmatism can be a recovery move.

Anti-India sentiments on the rise in Nepal

Overcoming the stasis in Nepal

Shree Jain is a Ph.D. (UGC-JRF) Scholar in the Symbiosis Institute of International Studies at SIU, Pune, India