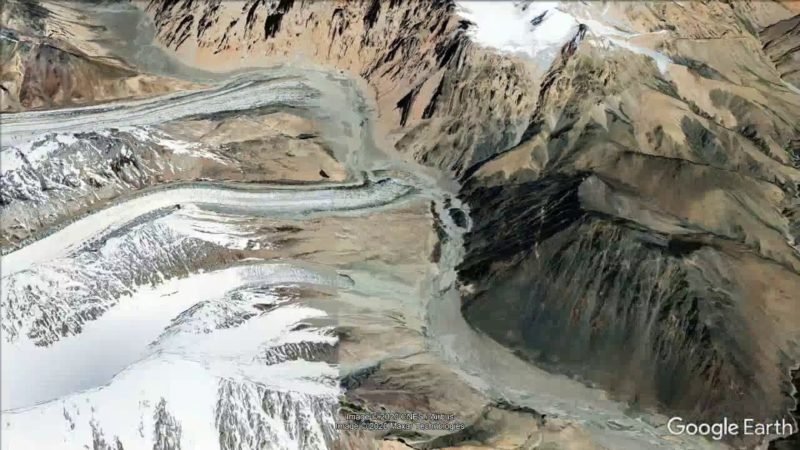 In the latest development in the ongoing India-China confrontation at Ladakh, it has been learnt that the Chinese have stopped the flow of the Galwan river’s water to India.

Analysing satellite imagery, Abhijit Iyer-Mitra, a Senior Fellow at the Institute of Peace and Conflict Studies, reported: A serious situation has arisen due to China cutting off the waters of the Galwan river, which amounts to the weaponisation of China’s upper riparian rights. If not challenged immediately, this could lead to cutting off of waters to other rivers with serious consequences for agriculture and potable water in India.

In an interview with The Kootneeti, Mr Abhijit said even as the situation is not very clear, it may very well be a cause for concern.

He said, “My issues are with the precedent it sets, regarding its legality and the weaponisation of water.”

That said, he believes it is too early to conclude anything from the situation at Galwan.

“It is alarming for sure but we have to ascertain the blockage or diversion of water, the source of which we have so far been unable to find.”

If the explanation is natural, then this is fine. If not, like I said, it’s too early to prognosticate,” said Mr Abhijit.

About its effects on the region, he said, “I am yet to study its effects on local agriculture and livelihoods given that the Shyok river that Galwan merges into is quite in full flow.”

It has also been reported that the Chinese have made a road right up to the mountains along the border that may have gold deposits. In light of this, does he believe the entire episode is for getting a hold on natural resources in the region?

Mr Abhijit said he did not believe that.

He asks, “If that was to be the case, where are the special mineral deposits on other points of the border where tensions exist?”

Mr Abhijit said he has read conflicting accounts about the East. He said, “I have read deeply conflicting stories on what’s happening in the East, including that these are run-of-the-mill dams in Tibet, not diversion projects.”

He also highlighted that, in the East, 98% of the catchment area is on the rainward side in India’s Arunachal Pradesh.

He added, “I have also been to Tibet and toured the India-Tibet border extensively from their side. I have seen no evidence of diversion. I have also  seen that the industry is almost non-existent there, confirming Chinese statements at international forums that they will not industrialise Tibet in order to meet their upper riparian obligations to lower riparian states.”

It’s not just the Galwan river where there is a dispute. Another dispute with a neighbour concerns a river — the territorial dispute with Nepal over the Mahakali or Sharda river, the understanding of whose origin is disputed. Lately, the dispute has come to the fore with Nepal’s leadership taking a very aggressive stand. China has been accused of tacitly blessing this, most notably by General MM Naravane, the Indian Chief of the Army Staff.

Could it be the case that Chinese interests there are also about the river? Mr Abhijit did not believe so.

He said, “China’s interests in Nepal are purely one of influence, that is, they are geopolitical in nature.”

He added about Nepal, “China will use any lever against India for as much opposition to India as they can mobilise.”

If China is not in the region for natural resources, then what would explain their present behaviour at the Galwan?

Mr Abhijit said, “The pattern of these Chinese aggressions predates the discovery of natural resources. This is not about natural resources, though that could be another driving factor. It is important we don’t boil this down to monocausality. This has multiple reasons, some of which are not clear and probably will never be.”

About the Chinese behaviour along the border, he said, “The Chinese have been doing this for a very long time. A lot of these are heritage problems inherited from borders drawn when cartography was not as accurate as it is today. This combines with hyper-nationalism in China that makes concessions seem like a defeat.

“The question is why does China keep doing this over and over and ruining its relations with India? I am yet to see a convincing geopolitical explanation for their high cost zero benefit strategy.”