Has the UN learned from its past inactions in the Xinjiang issue? 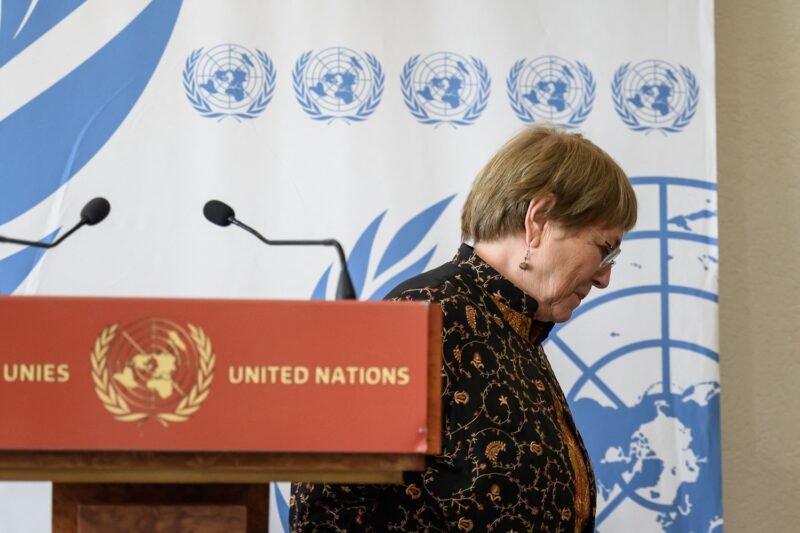 A blasting UN report on 1st September by the outgoing Office of the High Commissioner for Human Rights (OHCHR) chief, Michelle Bachelet, came out. It condemned China’s actions against more than one million Uyghur and other Muslim minorities such as Uzbeks and Kazakhs. The report was published just eleven minutes before her term ended. While Uyghur groups were eager to see the report published, the Chinese government tried till the last hour to stop this report from getting published. China also responded with a 121-page report, terming it part of an “anti-China campaign”. Bachelet was bashed for taking a trip to China in May earlier this year, where she praised China for somewhat doing away with the camps and re-education centres. This report proves Michelle Bachelet’s stand.

The blasting UN report gives out details, such as methodologies that the Chinese government used to identify “at-risk persons”, the degree of coercive powers applied and the government’s oversight. The second part of the report talks about the various rights China has deprived its minorities of, such as the Right to Privacy and Freedom of Movement, the Right to Express Religious and Cultural Expression, the Right to Fair Employment opportunities and Reproductive Rights. The report also points out that China has accepted several human rights conventions, including the International Convention on the Elimination of All Forms of Racial Discrimination (CERD) and the Convention against Torture and Other Cruel, Inhuman, or Degrading Treatment or Punishment (CAT) but how it was not complying to these conventions. Real-time stories of victims have also been highlighted. Finally, there are scathing recommendations for the Chinese government, which include releasing individuals who were being deprived of their liberty and providing whereabouts to the families of individuals who were being detained.

Although human rights organisations have welcomed the report, the UN has not taken considerable action on the matter before. There is no special envoy deployed to the region or an independent body with a panel of experts in the UNHRC which would look into the issue. In 2020, independent UN experts, including Mary Lawlor, Special Rapporteur on the situation of human rights defenders and David Kaye, special rapporteur on promoting and protecting the right to freedom of expression, voiced concern. They asked for a United Nations Special Rapporteur, a Panel of Experts appointed by the HRC, or a Secretary General Special Envoy to better take care of the situation but to no avail. The UN has taken no action in this direction. Moreover, China was a part of the UN Human Rights Council in 2020.

Another reason why the UN has failed to act is due to China enjoying clout in the UN system. China has a considerable share in the UN Peacekeeping Force, becoming the second largest contributor. As a permanent member of the UN Security Council (UNSC), China has disallowed talks of a resolution on the Uyghur matter, calling it an “internal matter”. Even if a resolution were drafted, China would easily veto it. The veto power of the UNSC permanent members has become a tool to protect their political and economic interests rather than issues like human rights. Changing the structure of the UNSC has proved to be next to impossible. A two-thirds majority of the UN General Assembly and each permanent member’s vote is required to bring a resolution.

There are next to no options when it comes to making China accountable. International law will enforce the ruling if there is a case against a State or State official in the International Criminal Court (ICC) and the UNSC. However, the State in question must agree to the ICC’s jurisdiction before the ICC can file accusations of genocide, crimes against humanity and war crimes against it. If the crimes were reported to the ICC by the UNSC, the ICC might exercise jurisdiction over such crimes. However, China does not consent to the ICC jurisdiction, and as China is a permanent member of the UNSC, other members of the UNSC cannot report China’s crimes.

Moreover, President Xi has encouraged Chinese officials to take more positions in the UN and other international organisations. Moreover, its economic and trade ties have proved to be a great plus point for China. When China enacted the National Security Law in 2020 for Hong Kong, fifty-odd countries defended China.

Michelle Bachelet’s report has called China’s actions in the Xinjiang region a severe violation of human rights under the garb of counter-terrorism strategies. China’s pattern of restrictions has been termed discriminatory, affecting the minority Muslim population in China. The report has proved to be a much-needed action by the UN since the allegations against China started in 2018. We can see that China is more than affected by the report. However, it is yet to be seen how the future chief of the OHCHR will take the issue forward and if the hue and cry over Xinjiang will continue in the international community, which might someday result in the victims getting justice.

Swayamsiddha Samal is a research assistant at the United Services Institution (USI), New Delhi. She has a B.A. from Jawaharlal Nehru University in Mandarin and an M.A. from Pondicherry University in Politics and International Relations. Her interests lie in Chinese politics and foreign policy.