High On Optics, Low on Substance: The Statements On India-China-Nepal Dispute 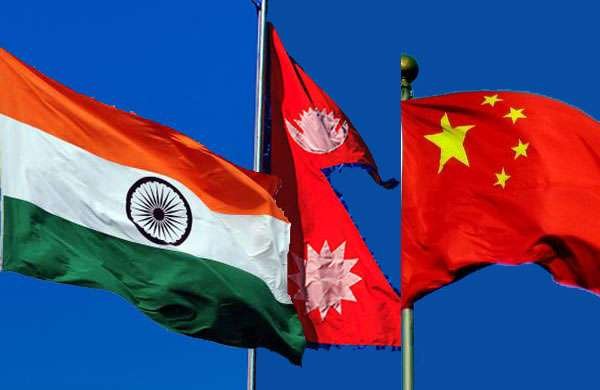 Last 24 hours have witnessed high drama in Asia as governments of China and Nepal have made gestures that may be interpreted as signs of a thaw in their ongoing confrontations with India, but nothing has yet transpired on the ground to reflect such a thaw.

In Kathmandu, the government has put the vote on a constitutional amendment on hold that would give constitutional sanction to the country’s updated maps that include the disputed territories with India, saying it will first build an all-party consensus.

In Beijing, China’s Foreign Ministry’s spokesperson Mr Zhao Lijian said the situation at the India-China border was “generally stable and controllable”. Mr Zhao added, “Between the two countries, we have good border-related mechanism and communication channels. We are capable of resolving the issues properly through dialogue and consultation.”

Responding to a question from PTI on the nature of ongoing India-China dialogue, Mr Zhao said, “China and India have communication on the boundary question via existing mechanisms and diplomatic channels, including those between the border troops on the ground and between the diplomatic departments and embassies of the two countries.”

The Chinese Ambassador to India Mr Sun Weidong also said that India and China should never let their differences shadow the overall bilateral ties and must enhance mutual trust. He said, “We should correctly view our differences and never let them shadow the overall situation of bilateral cooperation. At the same time, we should gradually seek understanding through communication and constantly resolve differences. We should adhere to the basic judgment that China and India are each other’s opportunities and pose no threat to each other. We need to see each other’s development in the correct way and enhance strategic mutual trust.”

Meanwhile, the US President Donald Trump has offered to mediate between India and China. He tweeted on Wednesday (27 May), “We have informed both India and China that the United States is ready, willing and able to mediate or arbitrate their now raging border dispute. Thank you.”

With these developments, sections of Indian media have begun to portray an Indian victory, using phrases such as “Nepal Kneels” and “China Bows”. Calling out such “wolf warrior channels” and experts making provocative comments, Dr Tanvi Madan, Senior Fellow at the Brookings Institution and author of the book “Fateful Triangle” on India-US-China relationship, says, “India’s wolf warrior channels do this for domestic political purposes, but from a foreign policy perspective, this posturing is unseemly and unhelpful — and not just with regard to China. Talk neighbourhood policy all you want, but this [provocative posturing] — and former diplomats’ statements on these shows will hurt India in Nepal.”

Such aggressive posturing in the media has come even as ground realities continue to be unchanged. In an interview to The Hindu, the Nepali Foreign Minister Mr Pradeep Kumar Gyawali categorically asked India to withdraw its forces from the disputed territories. He said, “We want India to honour the letter and spirit of the [Sugauli] Treaty. The most appropriate way of doing this would be to withdraw security forces from Kalapani and hand over the above territories back to Nepal. We merely reiterated that unilateral acts like road construction in Nepal’s territory should not have been done, and the issue should be resolved through talks at the earliest.”

In another interview to India Today, Mr Gyawali said that, even though the amendment is on hold for now, he is confident it will be up for a vote soon and will be passed with an all-party consensus.

As for President Trump’s offer, it has been suggested it should be seen in a wider context of the US pressure on China. Mr Bertil Lintner writes for Asia Times, “Whatever happens next on the border, it appears that India is being dragged into the US and China’s fast coalescing new Cold War.”

Mr Lintner believes New Delhi is unlikely to allow itself to be used against China by the United States. He writes, “Given India’s longstanding policy of putting its own interests first and avoidance of close alliances with any world power, New Delhi will likely find a way to solve its latest China problem. Indeed, India is not and is unlikely to ever become – as one analyst put it and the Chinese apparently now believe – a US proxy in a wider geostrategic game.”