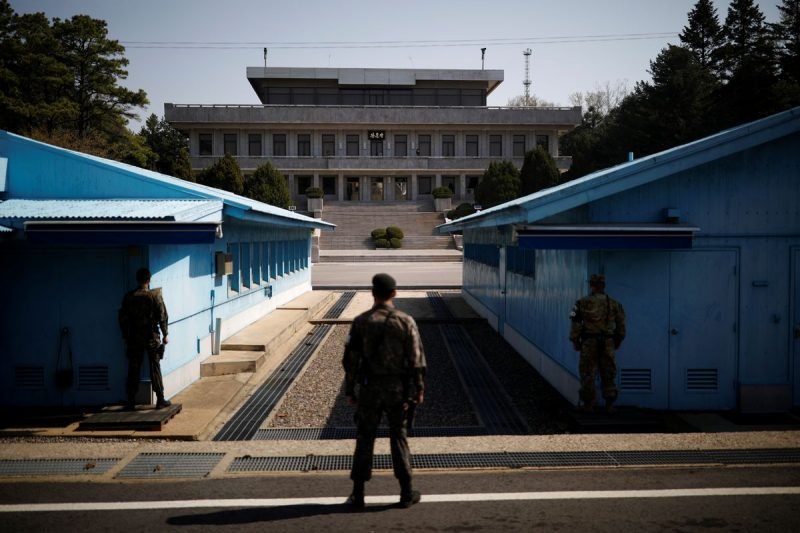 Beijing is concerned about the tense situation on the Korean peninsula, China’s Korean affairs envoy said as he arrived for talks in Seoul this week, adding that both the symptoms and root cause of tensions needed to be addressed.

Amid stalled denuclearisation talks, North Korea has conducted a flurry of weapons tests this year, from hypersonic missiles to intercontinental ballistic missiles (ICBMs).

North Korea had not conducted an ICBM or nuclear weapons test since 2017. Officials in Seoul and Washington say there are signs of preparations for a new nuclear test.

The “legitimate and reasonable concerns of all parties” need to be acknowledged for there to be a political settlement, Liu Xiaoming, Special Representative of the Chinese Government on Korean Peninsula Affairs, told reporters at Seoul’s airport late on Sunday.

“We call on all parties to stay cool-headed and exercise restraint, and we disapprove (of) actions by any party that could escalate tension,” he said in a summary of his remarks on Twitter.

In his first visit to South Korea since taking office in April 2021, Liu is due to meet his South Korean counterpart, nuclear envoy Noh Kyu-duk, on Tuesday. He may also meet representatives of South Korean President-elect Yoon Suk-yeol, who takes office on May 10, Yonhap news agency reported.

The United States has pushed for more United Nations sanctions on the North. But China and Russia have signalled opposition, arguing that sanctions should be eased to jumpstart talks and provide humanitarian relief to the impoverished North.

The issues on the peninsula can be resolved politically and China will continue to play a “positive role,” Liu said.

However, the key to resolving the issues is in the hands of North Korea and the United States, he added.