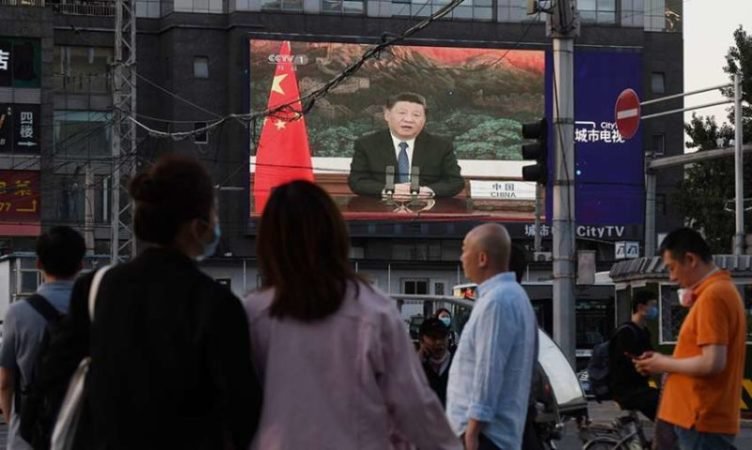 On Monday, President Xi Jinping delivered a speech via video link in Beijing at the virtual event opening of the 73rd session of the World Health Assembly at the invitation of Director-General of World Health Organisation, Tedros Adhanom Ghebreyesus.

In his address, he outlined the necessity of building the response to COVID-19 as an international community, emphasized the role of WHO to lead the global response and the actions Beijing is going to take to aid the fight against the virus. He also announced Beijing’s plan to provide $2 billion over the next two years to help with COVID-19 response and with economic and social development in affected countries, especially developing countries. However, only time will tell if this will reach out to the developing countries who are not part of the Belt and Road Initiative or not.

The President finished his opening with the key message he was delivering throughout the speech- “Let’s work together to build a global community of health for all!”

Referring to it as “the most serious global public health emergency since the end of World War II”, he acknowledged the impact the virus has had on people all around the world and expressed his condolences to the families of the victims.

He illustrated the nature of the virus which did not discriminate in who it affected regardless of race or nationality, and how it has forged a world full of love and compassion where people have pulled together by forming “extraordinary synergy”. In doing so, he removed the onus of the responsibility of the outbreak from China and reframed it into a global health emergency.

He rounded his introduction off by discussing how Beijing has acted with “openness, transparency and responsibility” by sharing information in a timely fashion such as releasing the genome sequence at the earliest possible time, in addition to providing support to countries in need. This is in defence to the allegations most countries have made against President XI Jinping about withholding and delaying the announcement of the COVID-19 outbreak in his country by at least a month. This also hints toward a hesitation in releasing samples to other countries so that they can sequence the genome themselves.

International Cooperation with WHO as a Leader

The most important task, he stated, was the control and treatment of COVID-19. He highlighted how people and their lives come first and it is essential to take “strong steps in such key areas as prevention, quarantine, detection, treatment and tracing’. He called for international cooperation and support for global research to share information and curb the spread. He quoted, “Solidarity and cooperation is our most powerful weapon for defeating the virus” which he claimed was the key lesson the world has learnt in the previous outbreaks.

He also called for an increase in political and financial support for WHO and establish it as a leader in the global response and as a coordinator to mobilize resources from around the world.

To ensure a coordinated and efficient global response, the president announced that Beijing will provide US$2 billion over two years to help with COVID-19 and assist development in affected countries. It will also set up a global humanitarian response depot and hub in China in cooperation with the UN for smooth and efficient anti-epidemic supply chains.

The President underscored the need to strengthen the governance system for public health security by establishing reserve centres of anti-epidemic supplies and working to quicken the response time. In addition, he announced Beijing’s support’s for “a comprehensive review of the global response to COVID-19 after it is brought under control to sum up experience and address deficiencies” which he stressed would be based on “science and professionalism”.

Beijing’s initiative to strengthen the public health system, President Xi Jinping announced, will be to make COVID 19 vaccine and its development a public health good. This will also allow greater accessibility and affordability for the developing countries.

Aid to Africa and Economic and Social development

President Xi Jinping brought attention to developing regions, especially Africa, who need greater support and aid during this outbreak. He recounted all the help Beijing has already provided to the continent such as the 46 resident Chinese medical teams that are currently helping there. This can be seen through the perspective of China’s constant efforts in establishing their influence in the African continent and strengthening bilateral relations under the framework of South-South cooperation.

He also announced his future plans in the region as he stated, “China will establish a cooperation mechanism for its hospitals to pair up with 30 African hospitals and accelerate the building of the Africa CDC headquarters to help the continent ramp up its disease preparedness and control capacity.” or in simpler words – Health Silk Road.

Moreover, China will coordinate with other G20 members to aid the poorest countries by designing the Debt Service Suspension Initiative. It will work to provide “support for the hardest-hit countries under the greatest strain of debt service so that they could tide over the current difficulties.”

The issue of economic and social development was also raised as the President discussed the need to restore world economy and stabilise industrial and supply chains by requesting countries to reopen businesses where possible in observance of WHO’s professional recommendations.

His entire speech challenged the United State and Trump’s America First policy. On one hand, when there’s a threat towards multilateralism from the anti-globalist sentiments in the United States, China is playing their biggest bait to fit in the American shoes. His obsession with Africa could be an attempt for the damage control after Ambassadors from African countries jointly written to PRC about how their citizens are treated in China.

Another major takeaway from his speech is the eagerness to restore economic and social development and reestablished global supply chain. This indeed remains the top priority for the stability of the Middle Kingdom and President Jinping himself.