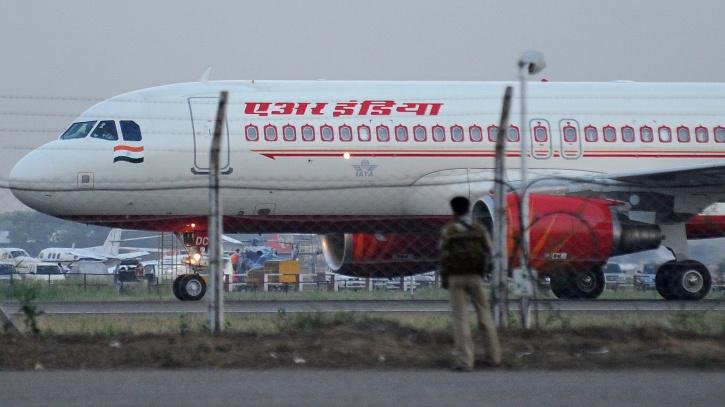 The COVID19 pandemic has been an unprecedented lethal health crisis which put the whole world on hold as never before. Adoption of social distancing and lockdown of cities and countries as a measure to fight the spread of the virus has brought numerous implications affecting different aspects of life and its multiplier repercussions. Besides incalculable economic loses and rising incidence of unemployment within the country, the return of Indians from abroad is sure to compound the crisis in multifarious ways.

The Indian government has announced that it will start the world’s largest evacuation mission from 7th May 2020 to bring back the Indians stranded in different countries due to the pandemic. The biggest repatriation exercise during peacetime in the recorded human history is bound to have many-sided implications and repercussions for the country. With the 10 point guidelines, the operation will be carried out by air and sea on a priority basis. The Indian Airforce will use around 30 aircraft including, the C-17 Globemaster and C-130J Super Hercules with Air India’s fleet of Boing 777 and 787 Dreamliner. To complement the mission, the Indian Navy has launched the “Operation Samudra Setu”. No doubt the mission is a gigantic task but the more pertinent is the consequences and implications which must be enumerated and assessed properly to come out successfully in the post-pandemic resumption of life and work.

The Gulf countries are home to around 9 million Indians which account for huge remittances (around 55 million), an important part of the Indian economy. As per the reports, 1.9 million Indians in the Gulf are estimated for the First phase of evacuation from the region. The government as per the guidelines will bring only those who will be found healthy after the screening and will be quarantined for 14 days back in India in the respective states. India, as of now, has around 46000 plus COVID19 cases. This is surely an additional burden on the already strained healthcare system and concerned logistics by the governments in the states and the inability of the system may lead to an intense spurt in the cases in the country, grime consequences must be taken care in advance.

The lockdown has severely affected the employment with job loses especially in the small, medium and unorganised sectors which account for the major share of the employment in the country. Return of this workforce from the Gulf is surely going to make the situation worse for employment in the country in the months and years ahead. Thus there is a need of careful and proper negotiation with the employers in the Gulf through their governments that as and when they resume work, the Indian employees evacuated now will be taken back based on their actual terms and conditions.

However, the pandemic-hit Gulf region will undergo significant change in its geopolitical importance. Their reduced economic power due to oil price crash and lockdown will deprive them of the capacity to ensure the involvement of powers for economic revival and their security. The US is already in the mode of gradual withdrawal which may speed up in the post-pandemic economic recovery and consequently reduced willingness. The Oil price war of Saudi Arabia and Russia have badly affected the oil market and the oil companies in particular. Such a course is at loggerheads with US interests and forced the US President to warn to reduce military sales to the kingdom. This hints to the potential syndrome of reduced security commitments of the US in the region and the countries.

The pandemic has pushed the European countries into the abyss of the health and economic crisis and will remain busy to resuscitate their economy from this state in the continent. The Russian political willingness will be limited by its sanctioned economy undergoing a severe condition under the pandemic and oil price crash. Russia had proposed a “Collective Security Concept for the Persian Gulf” in August 2019 for creation of new multilateral security structure and cooperation in the region which included Russia, China, the United States, the EU and India besides the Gulf States and other stakeholders as observers or associated members. The “Collective Security Concept” was presented to ease the spiralling tension between Iran and the US verging on hot conflict.

Among the proposed, India assumes the significant mention. It was an important moment for India to be accepted as a responsible power for the security of the region. The importance is manifest in this mammoth evacuation of Indians in the region. The 9 million-strong Indian diaspora in the Gulf provides India, a peerless soft power and the necessity to engage as a responsible power and stakeholder for the security of the region.

Given the security vulnerability of these states in the wake of their reduced economic strength and diminishing interests of the powers to remain engaged in the region may give an expanded space to the Chinese which is surely in contradiction with the Indian geopolitical and geostrategic thinking and interests. The monopolistic economic pursuit of the Chinese is at loggerheads with the vision of economic diversification of the countries in the region. India needs to stand as a trusted power and credible partner at this moment of crisis in the region to serve its interests and fulfil its vision in the long-term.

The dense diplomatic outreach of the Modi government in the region under its “Extended Neighbourhood Policy” has brought the region into the close orbit of Indian influence and power. The economic investment by Saudi Arabia and UAE and their major companies are an important segment of India’s vision of ‘Five trillion Economy’. The onerous evacuation exercise, therefore, must be undertaken in consonance with long term geostrategic and geo-economic interests of India and the requite security concerns of the Gulf countries. The historic crisis can turn out to be a historic moment for India to position itself as the Gulf power.

Dr Khushnam PN is a Independent IR and Regional Security Researcher & Analyst. His has Specialization into Iran, US & Gulf Security. E-mail: [email protected]