The Formal Emergence of Taiwan? 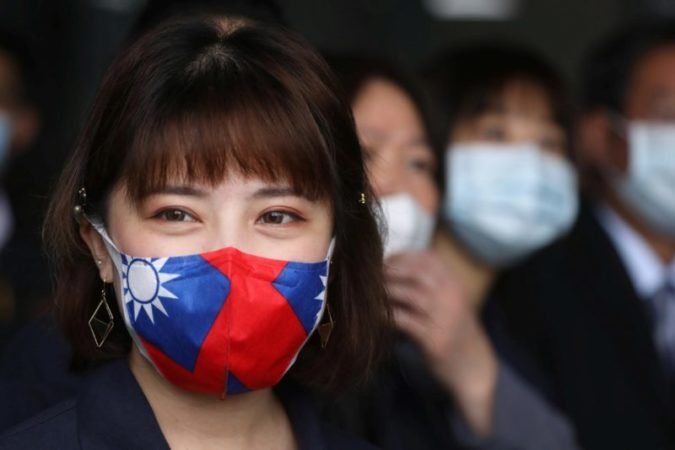 China and Taiwan have been in a complicated relationship since 1949. As of today, the People’s Republic of China is recognized by the UN but Taiwan (Republic of China). In this article, I’d like to lay out a proposition that the formal recognition of Taiwan in the decade of 2020s is highly likely. Let us lay out a brief background about Taiwan and China, after which we will track three converging trends which lead to this conclusion.

Despite China’s claim that Taiwan has been part of China since ancient times, the relations with mainland China have actually been rather recent. The first time someone from mainland China ruled over any Taiwanese territory was in 1661 when a Ming loyalist, Koxinga attacked the Dutch and occupied Fort Zeelandia (modern-day Tainan), leading to the establishment of the Kingdom of Tungning. This kingdom was actually a tiny fraction of present-day Taiwan. Because the House of Koxinga was a Ming loyalist, the Qing later occupied his kingdom in 1683, which was the first time that a Chinese empire controlled any part of Taiwan. In other words, Harvard University is older than the Chinese claim on Taiwan!

The lack of historical Chinese interest in Taiwan is for two reasons: (1) China has traditionally been an isolationist empire and did not venture out much by sea. Chinese empires have had a problem with sea trade, and have often kept ports closed (2) Traveling to Taiwan is difficult for various geographic and climatic reasons. Because of this, Taiwan remained a mere outpost for the Qing, to stop potential threats and not a part of the empire’s mainstream.

Real control over Taiwan by any power only started when the Japanese took it in the Treaty of Shimonoseki in 1895 after the First Sino-Japanese War. The Japanese were the ones who laid the institutional foundation for modern-day Taiwan, including the National Taiwan University founded in 1928 and the Chianan irrigation system which became operational in 1930.

The leader of the free world, the US, had initially considered ROC as the real China, but later shifted to recognizing PRC in the late 1970s as part of its attempt to isolate the Soviet Union. This started one of the three structural trends that might define Taiwan’s status in the world in this decade.

The 1992 consensus was signed between the CCP led PRC and the KMT-led ROC, stating that there is only One China, but left it undefined over which areas comprise China and whose is the legitimate government. This has been interpreted by various stakeholders in the two countries differently.

Let us discuss the structural trends in some detail.

When the recognition of the People’s Republic of China happened, the CCP utilized this opportunity to grow its power and become a major economic and military force on the world stage. However, PRC has not been the benevolent power some people might have assumed it to be, rather it became a negative influence on most countries around the world. This was aggravated by the incompetence and untrustworthiness displayed during the COVID-19 crisis. World opinion has significantly shifted against PRC and its malevolent influence, be it India or the US. This makes it easy for policymakers across countries to adopt anti-PRC policies, allowing Taiwan much more breathing space. In fact, even the largely neutral Sweden is cracking down on Chinese activities. In summary, the world has gone against the acceptance of PRC, and the trend towards clipping PRC’s wings has begun.

As I have argued in a previous article, China isolates itself from the rest of the world whenever it becomes difficult to keep the empire together. This was started by the Ming Dynasty and has become a standard tactic to maintain the rulers’ power at the cost of economic well being. We see indications that China is intending to enter its isolation stage, with the overwhelming support to state-owned enterprises and the presence of an all-powerful heavy-handed dictatorship. This trend started with the coronation of Xi Jinping, and will likely continue for the next few decades. This implies that PRC’s expansionism could see a reversal anytime, leading to a lower interest in Taiwan. This is also accelerated by the fact that PRC is facing an imminent economic downfall, thanks to unsustainable debt and a demographic cliff.

3) The emergence of a Taiwanese identity

The Republic of China was established by the Kuomintang, a group which formerly controlled China and kept the dream of controlling all of China alive even after retreating to Taiwan. However, this was in 1949, and the newer generations born in Taiwan do not always agree with that policy. This is reflected in the opinions of the parties founded in Taiwan, like the Democratic Progressive Party, which was founded in 1986 and currently controls the Taiwan government currently. Tsai Ing-wen, the President of Taiwan, has publicly stated that she does not believe in unification with China. During the COVID-19 crisis, the Taiwanese response has received worldwide praise which CCP clearly doesn’t like. The people of Taiwan appear to be moving away from the erstwhile Chinese identity to a Taiwanese identity, as time goes by. This is visible from the discussion over changing the cover text on the passport from “Republic of China” to “Taiwan”. According to a survey, 74% of the respondents were in favour. This could mean that the people of the country we now know as the Republic of China are willing to let go of the historical baggage and reinvent themselves as a new Taiwan.

In conclusion, we see that factors (1) and (2) can lead to more breathing space for Taiwan and factor (3) will incentivise the government of Taiwan to utilize that space and opportunity to reinvent itself and be recognized by the world.

Amal Sinha is a Consulting Editor at The Kootneeti on China and Geo-economics. His areas of interest include China, Pakistan, South East Asia, and the Middle East. He can be reached at [email protected] || Twitter: @amaleshwar