COVID-19: Leading India out of the lockdown 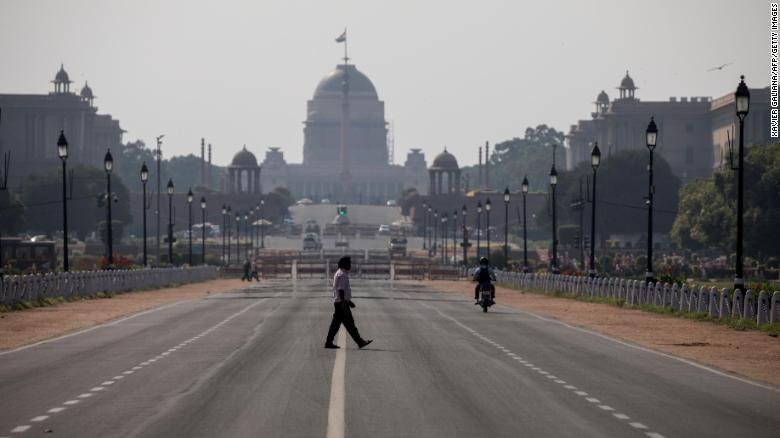 Take it in stages and test a lot more people, says a leading scientist.

The Indian government says the decision on how to relax the coronavirus lockdown depends on balancing its duty to save lives and the need to prevent people losing their livelihoods. In developing countries like India, economic factors are particularly pressing – and sometimes life-threatening. At this stage, no-one can predict when the crisis will end. Yet the reality is that the lockdown cannot be prolonged indefinitely.

The founder of the charity Scientists & Co, Dr Sweta Raghavan*, based in Bangalore, has been considering the dilemma. She’s been talking with the Editor of Asian Affairs, Duncan Bartlett.

How can India come out of lockdown?

We need to be very slow in undoing the lockdown. You can’t do it in one day. It has to happen step-by-step, over a period of a year, at least. To begin with, we need to do mass diagnosing to see who’s carrying the virus, including tests of people who are providing essential services. I’m talking about the security forces and people who are supplying essential goods, like medicines and food, etc. Get them tested first. Find out how many of them have the virus. It’s particularly important if they are delivering medicine to people. There could be a risk that if an infected person touches the medicine, or sneezes on it; the virus could be carried into more homes. Prevention is not effective unless you diagnose repeatedly.

So you envisage an exit strategy in stages. What are the stages?

If we have these testing facilities in place, then the exit strategy can begin. We could start by having some members of the workforce going back to their jobs and then, maybe, in three months time, you could get another batch of them returning. And I think it’s important to get the agrarian workforce back to the farms. We need to help people in rural areas, not just the people in the big metropolitan cities. People should not believe that some sections of society are being treated in a privileged way. They need to understand that this is based on priorities, then it can happen. It will require a great effort, but I’m sure we can expect solidarity from people.

How does India compare to other countries in the Asian region?

Right now, India is in a very chaotic, unstructured, disorganised mode. The only thing that has happened is the lockdown. I think we should start testing a lot more people and try to diagnose proactively. This is what they have been doing in the state of Kerala.

In other countries where they have had success in dealing with the disease – places like Singapore, New Zealand and South Korea – they have been doing contact tracing. They speak to each person who has tested positive and try to trace everybody who they have been in contact with. In those other countries, they tapped into the phone networks and they used CCTV cameras. Even though they didn’t have the capacity to start with, they developed enough capacity to do it.

I know those countries all have much smaller populations than India but if each Indian state took it upon themselves to do it, I am sure it would not be too difficult. Why not find out who’s the most vulnerable? How difficult is it for public health officials to actually make a list, and then assign people to act on it?

If you’ve had coronavirus and recovered, is it possible to get it a second time?

Well, there have been a lot of reported cases where somebody who has recovered and then gone onto develop symptoms and test positive a second time. Having said that, it seems the majority of the population is gaining a sort of immunity and fortunately most people come out of it successfully and have not contracted it for a second time. So it is still under debate. But my idea is we need a combination of both RTPCR (polymerase chain reaction) and Rapid Antibody testing kits. The PCR test is to tell you if you have a live infection. The antibody test reveals the presence of antibodies, which are protective immune boosters, which are naturally produced by the body if at any point you have contracted the infection. So, a positive test on the Rapid Antibody test and a negative on the RTPCR indicates you have gained immunity and so it should be fairly safe to go back into the workforce.

Where will the testing kits come from?

We need to start manufacturing our own rapid test kits in India, because the ones that were imported from China were not capable of doing the job. We need to improve and scale up our manufacturing capacity. We also need to train a large number of people to use the kits, so that they can check for symptoms of the virus.

What about the situation in the hospitals? How are they coping?

I am concerned that during this crisis, people with other medical problems may forgo treatment. People understandably fear that going to a hospital could put them at risk from contracting the virus and some people who should be going to hospitals to get treatments are refraining from doing so. But if you have certain conditions, particularly non-communicable ones, such as a cardiovascular condition or kidney problem you may need to go to the hospital on a regular basis for, say, dialysis.

I recognise that the Indian healthcare system is totally focussed on dealing with COVID-19 at the moment and we are finding it difficult to deal with the many people who are dependent on us to provide other forms of health care services. The private players are still doing it, yet the problem is that a lot of people cannot afford what the private hospitals charge.

In Britain, patients are being encouraged to consult with doctors using their mobile phone, rather than going to surgery initially. Can video consultations be successful in India?

Yes, but how many people actually have access to this service? Many people are missing out. The middle-class people have access to a mobile and an internet service, so they can call a doctor and get some recommendations. But in the poorer sections of society, it’s very difficult to use the internet, so they just walk into the hospital, and speak to whichever GP is available.

*Dr Raghavan formerly served as the Senior Advisor for Health & Life Sciences in India for the British Foreign & Commonwealth Office, where she helped develop healthcare policy and encourage bilateral cooperation