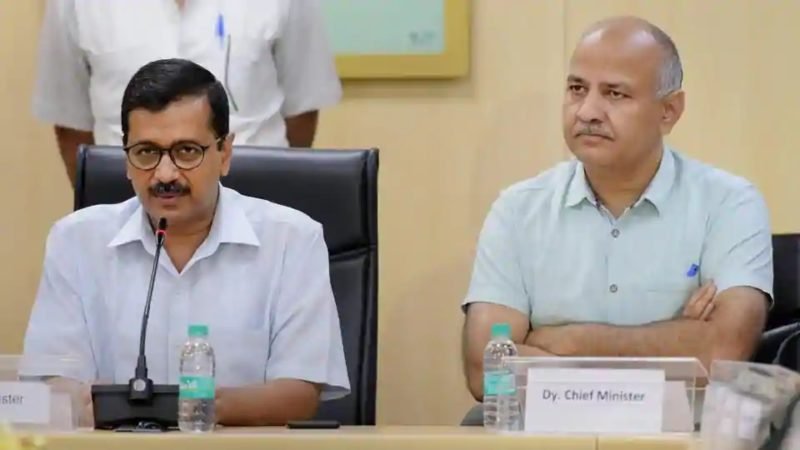 When the Arvind Kejriwal led Aam Aadmi Party stormed back to power in the Delhi Legislative Assembly elections in February 2020, it was a victory of a government that had been extremely welfarist and pro-public for 5 years. It tried to improve the lives and living standards and conditions of the most vulnerable sections of the society- the Scheduled Castes and Scheduled Tribes, the Other Backward Classes, women and the minorities as well as for the general public. It introduced subsidized drinking water and electricity for the masses. It established new Mohalla clinics wherein the middle classes and the poor could get quality healthcare at a low price. Education standards of Delhi Government schools under the leadership of Delhi Chief Minister Arvind Kejriwal, Education Minister Manish Sisodia and his education advisor Atishi Marlena were praised worldwide. The facilities received by the students of the public schools well as good as their private counterparts and even their exam results were far better than them.

Read: Delhi Elections and a thin line of Indian Federalism

The Government also introduced free bus passes and free Metro passes for all women in order to empower them, to make the public spaces more accessible to them and so that they could travel and commute fearlessly and without any financial worries about transportation costs.

The welfare schemes of the AAP government are indeed laudable but it must not be forgotten that the huge spending on the social sector is costing the exchequer a  huge amount of resources and has caused the Delhi government to have a net fiscal deficit budget. Here, the schemes have benefited the marginalized sections of the society and the middle classes. It has empowered them like never before. So when Luxembourg made public transport free for everyone, critics of Arvind Kejriwal were quick to point out that the Delhi Chief Minister had not made public transport free for everyone, though that is something that an amendment by a simple majority of the Legislative Assembly to the legislation giving free public transport tickets to women can be done.

Under the leadership of Raghav Chadha, who is the Delhi Jal Board Vice Chairman and an extremely energetic and honest politician and emerging leader, the problems faced by some people of not getting quality drinking water will hopefully be solved soon.

While the entire country has been polarized by politics, Delhi has remained unfazed to some extent. However, this time when Mr Kejriwal decided not to induct a single woman in his cabinet, it was a little disappointing. Some people felt that this time instead of Manish Sisodia, Atishi Marlena should have been made the education minister of Delhi. Further, could not a single woman MLA be made the women and child development minister of Delhi?

The AAP government has made excellent progress in providing the best healthcare and educational facilities to the public. But if the government continues to expand its social schemes, it would have to think prudently and must try to rationalize and moderate them to an extent in which they will be able to expand the schemes and ensure that the salaries, wages and pensions of its employees are not reduced to accommodate new welfare schemes, otherwise the government’s aim of benefiting every Delhi dweller will fail.

Under the BJP government at the Centre and AAP government in Delhi, disturbances in Delhi during President Trump’s visit reminds me of the saying, ‘It was the best of times, it was the worse of times’. Provocative speeches by politicians and leaders, calls for violence had given rise to this pogrom killing many innocent people, security forces, teenagers, students and mere protestors.

A few accused politicians and shooters have been arrested, FIRs have been filed but the masterminds of the disturbances are roaming scot-free. The accused have not been punished. We must ensure these incidents are not repeated.

Further, there has been a radical political shift in the nature of Delhi Chief Minister Mr Arvind Kejriwal over some time. His actions have been criticized by some sections of the Opposition as political opportunism. The tide is muddy for him. He has an extremely tough journey ahead. Let’s hope that he succeeds and makes New Delhi a world-class city.

Sauro Dasgupta is pursuing his bachelor's degree in Political Science with a specialization in International Relations at Jadavpur University, Kolkata, India