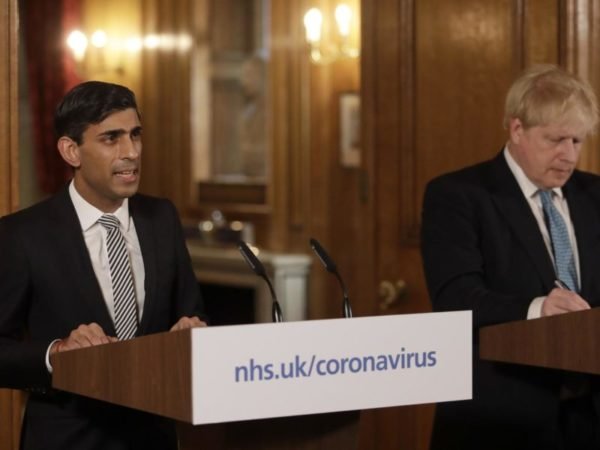 With Boris Johnson in intensive care, the Hindu finance minister Rishi Sunak takes responsibility for the economy of the UK. Could he become the prime minister?

The doctors treating Boris Johnson in the hospital are reluctant to share all the details of his condition with a worried public. However, medics have revealed that the prime minister is in intensive care. Tests show he has persistent symptoms of coronavirus, including a feverish temperature. Those symptoms say the doctors, are worsening.

Mr Johnson has not spoken to the Foreign Secretary Dominic Raab since Saturday, which suggests that he was losing his control of the government before being transferred to hospital on Sunday evening. It would seem he did not respond well to the medical treatment provided for him in Downing Street. In the hospital, he received oxygen. A ventilator has been prepared to help him breathe.

Doctors say the coronavirus affects patients in three stages. In the first week, the symptoms are usually mild. Fortunately, most people get over the virus and make a quick recovery. In the second week, however, the problems can accumulate. In the third week, for some people, the situation can be grave, as they face acute breathing difficulties and a high fever. At that stage, there is a risk of the disease proving fatal.

More than five thousand people have died in the UK of coronavirus and the epidemic has not yet reached its peak. With that in mind, Britain’s National Health Service is working at full stretch to treat tens of thousands of patients. Helping the Prime Minister to make a swift and complete recovery is a top priority.

There is also concern about Mr Johnson’s pregnant partner, Carrie Symonds who recently spent a week in bed with symptoms of coronavirus. Pregnant women are among the high-risk groups who are particularly susceptible to the effects of the disease.

So who now takes over the key decision-making process? Who will chair the Cabinet and the emergency response committee, known as Cobra?

The official “designated survivor” is the Foreign Secretary, Domonic Raab. But if the Prime Minister is incapacitated for a long period, it will be up to members of his party, the Conservatives, to choose a replacement.

One of the rising stars is the Chancellor of the Exchequer, or finance minister, Rishi Sunak. When he delivered his first Budget speech on March 20th, a headline in the right-wing tabloid The Daily Mail hailed him as “PM in Waiting.”

Meanwhile, the Eastern Eye newspaper, which presents itself as the voice of British Asians, suggested “we may be witnessing the birth of our first South Asian Prime Minister.” Former BBC journalist Barnie Choudhury wrote in Eastern Eye: “Rishi is widely known as a wise sage whose seer-ing abilities could prepare him for sainthood.”

Those accolades were printed before Prime Minister Johnson was taken to hospital. At that point, the writers were speculating about Rishi Sunak’s role as a leader of the country in the distant future. But the current emergency has raised his profile and placed him under intense immediate pressure. He is overseeing the plans for the government to pay most people’s wages, in a massive experiment designed to prevent economic catastrophe.

Before his rise to the top of the Treasury, he had already impressed Mr Johnson. Yet he has only been an MP since 2015 when he took his oath of allegiance in the House of Commons by swearing on the Bhagavad Gita. His Hindu faith remains important to him and he also is a teetotaller, although he did serve burgers and beer at a barbeque attended by the Prime Minister.

Rishi Sunak was born in 1980. His Indian grandparents emigrated to Britain from East Africa about 60 years ago. Sunak’s father was a doctor and his mother, a pharmacist. They paid for him to receive an education at one of the country’s best schools, Winchester College, where he became head boy.

After graduating from Oxford, the early part of his career was spent working for Goldman Sachs and he was also involved with a company run by his father-in-law NR Narayana Murthy, co-founder of the Indian IT giant Infosys. According to Forbes, Mr Murthy is India’s sixth richest man, with a fortune of more than two billion dollars.

The Financial Times says that Mr Sunak’s wife Akshata runs a fashion label called Akshata Designs and she is also a director of a venture capital firm founded by her father. The couple married in 2009 and live with their two daughters in Yorkshire and London.

Ready for the top

Normally a Chancellor would move into Number Eleven Downing Street and live next to the prime minister but Rishi Sunak’s appointment was so sudden that he has not yet had time to relocate and with Britain on lockdown, no-one is allowed to move house.

It is not uncommon for Chancellors to become prime ministers but as Mr Sunak is not yet 40, he probably is not yet considered old or experienced enough to shoulder such a huge responsibility. However, he is regarded as popular, assured and capable. Should the crisis deepen, and if Britain requires a new national leader, Mr Sunak will be among the most suitable candidates for the role.