An Overview of the COVID-19 Pandemic and Need of Reforms 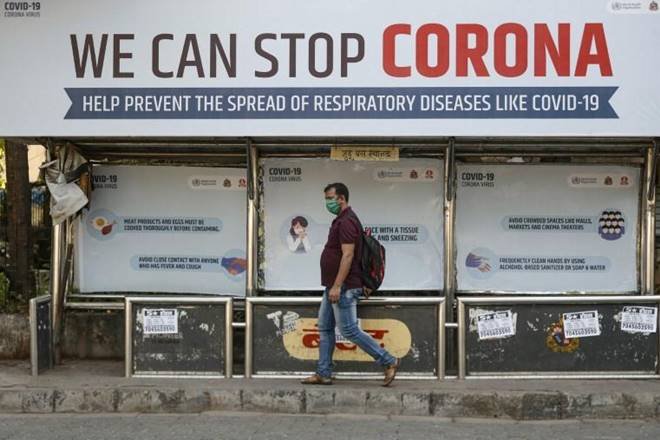 Today most of the countries in the world have declared an unprecedented war on the coronavirus disease (COVID-19) which was first identified in the Chinese city of Wuhan in December 2019. This pandemic is the greatest and most threatening since the flu of 1918-1919 and World Wars.

This pandemic has brought many nations on its feet like China, Italy, the US, Spain and Iran within a short period of time. The outbreak has become the greatest encounter humanity has ever faced in record spam of time. The situation is more frightening in developed countries as compared to developing countries challenging their healthcare systems.

Global institutions like the World Health Organisation (WHO) and United Nations (UN) were not effective in taking correct measures at the right time i.e. crucial weeks of January and February. These institutions failed miserably to sense the spread of the virus and to communicate it to the developing countries and other parts of the world to get prepared to take necessary measures, so that virus cannot be spread.

Given the frail system of working of the WHO has proven that at many times these global institutions have misused their power in leaning towards west vis-à-vis East benefitting neither but resulting in their failure. On the 11th of March, 2020 UN announced a state of emergency that sent the waves of shock to the entire world.

This casts doubt on the capability of these big institutions and also stretch voices against the governance and collective measures of these organisations. The world does not seem to be on one page regarding many issues like advisory on lockdown (as they keep on following the local and different advisories within their country). In the past also many unprecedented events occurred like cross border terrorism, climate change, economic recession, territorial disputes, exploration of space etc. have tested the efficacy of these global institutions and proved to mere lip services. For example, young activists like Greta Thunberg are more popular and more proactive to listen if we talk about climate change than many other UN bodies.

Read: Who will pay for the Coronavirus Pandemic?

During the COVID-19 outbreak, many developed countries ( US, Italy, Spain, France) believed that they are prepared to face any horrific event and human sufferings but they miserably failed, despite having some of the best medical and healthcare facilities in the world. Among all these countries Italy is worst affected which has second-best healthcare in the world after France. For many decades, all these developed countries controlled global institutions with their colonial mentality and preaching the third world countries. COVID-19 outbreak makes the strong case to assess the governance structure of these UN-funded intuitions like WHO, who failed to gauge the real situation in Wuhan and several other parts of the world.

The Chinese government should have acted promptly to contain COVID-19 and should have taken the situation seriously in the month of January. They should have communicated this to the rest of the world and act as a responsible UNSC permanent member. Recently China obstructed UNSC meeting on Coronavirus which shows its immaturity in dealing such global health crisis.  In 1918 there was no global institution to manage the flu of 1918 which rampaged during World War I. But now the world has changed and global organisations should act as a responsible player.

Is it wise to divide the world during a major outbreak of a disease according to their nationalities and deport them? Does it further not lead to the spread of disease to other countries? We should answer these questions and think of the possibility of setting up a new governance structure and reforms in the existing global structure. For instance Group of four (G4) countries Japan, India, Brazil and Germany can take the regional lead in their territory to circumvent the crisis. Perhaps the world is divided against the war of coronavirus pandemic by taking different measures which are not universal in nature or country-specific. Many leaders of the countries are taking tough decisions to contain the spread of this deadly virus. For example, Australia and UK are under lockdown for six months; South Korea is taking lead by combating the effect of the virus as it has the most expensive and well-organized testing program in the world. A country like India has also taken measures but has very limited resources and fragile condition of its healthcare facilities to cope up with such pandemic like COVID-19.

There are many rural and urban areas which still follow the joint family system, live in slums (within one room) making it difficult for them to follow social distancing which has now changed to physical distancing, quarantine, etc. But by tracing India’s record in the past during such outbreaks (polio, smallpox) India can fight this deadly virus by taking strict measures. But at this juncture of time, it is difficult to predict how much it can affect the whole world and humanity in particular.