Visualising the Chinese Dragon after COVID-19 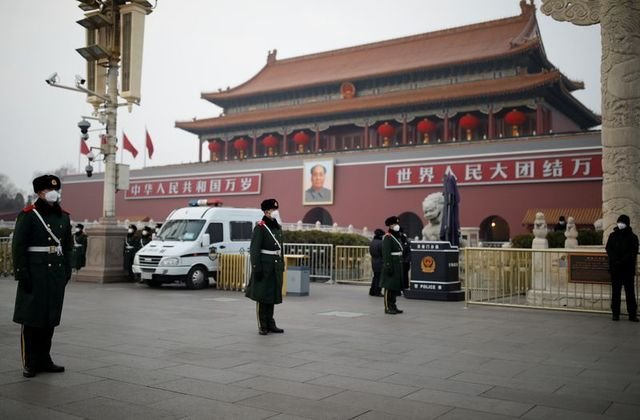 “COVID-19 is one of the most dangerous outbreak that China is facing in recent time, it would be very difficult to cope up soon”

With a death toll reaching over 3,000 and more than 84,000 infected persons globally. COVID-19 is turning into a pandemic situation. China, which solely has more than 2,900 death numbers. Next country to get the worst impact are South Korea, Italy, Iran and the list is long. Till now 50 countries are under the impact of this deadly coronavirus.

It has been nearly three months but the remedy is not seen so far. Impact on the collapsed dragon can be seen all over the world. Countries are fighting for the prevention and way to get out of this terrible situation. Even U.S. President Donald Trump tapped Vice President Mike Pence to lead the U.S. response to the COVID-19 outbreak, that has entered the region. The impacts on the global economy can easily be seen. China is in isolation, so is its economy.

This outbreak has raised many questions. Questions that are related to the future of the globe, it’s preparedness for the upcoming COVID-19 like situations. As still after facing the impacts of Severe Acute Respiratory Syndrome (SARS) which shook the world in 2002-2003, taking 774 lives. Lessons were not learned and results are in front of everyone.

The world is emerging, with a fast-growing population, the resources are also been over utilised. Humans have started living in close proximity to the animals. This human and animal proximity has increased results of an increase in more such type of outbreaks, as already warned by many biologists.

China is the second-largest economy in the world after the U.S. which was also growing at a very fast pace. It was on a way to counter the U.S. in various different areas. But who would have ever imagined that the country that is moving forward in the field of future technologies, having a vision of developing and outsourcing the 5G technology is now stumbling with the scars given by coronavirus.

Different countries may have closed their air services to China, but it is not possible to completely isolate any region. India may have banned entrance to any Chinese national or any other person who has visited China, but what if any Chinese entering from Nepal side, as India has a porous border with it and Nepal shares a very large border with China.

More than 57 million people have been put into quarantine. Major business cities are under lockdown. Workers are not ready to return to work. Large shipments are just waiting into waters, some may be carrying perishable goods. Import-Export has been impacted the most. There is a fear of global recession among the investors. Markets are not doing well around the world, due to the uncertain impact of this virus on global economic health. China’s auspicious Border Road Initiative (BRI) project is already in a halt and major development works have also stopped due to the shortage of labours.

Whenever any natural calamity hit any region, the time of impact may be less, but coping with its aftereffects are very long-lasting and effort taking. China may get away from COVID-19 soon. But upcoming years will not be easy. It will take very long to get things back on the right track.

China has an image of reacting very late to any emergency situation. It has a state-controlled media, which shows only those things that do not downgrade the image of the Chinese government. Even today the exact numbers of the death toll and real infected citizens is not known to anyone. Whereas some secret reports show that the real numbers are much larger.

If China would have told the world, about this situation earlier, other countries must have prepared more. More preventive measures would have been taken, even more, countries would have come together and joined the effort to counter this catastrophic situation. It’s not only China’s problem now it’s a global health emergency.

Upcoming time would be very challenging for China as well as for others also. India too is facing a surge the prices of electronics goods and other manufacturing products, which India used to import from China. India can learn lessons from these events and create an environment in which tackling with any COVID-19 would not be an Everest like situation.

India should start focusing on manufacturing the products in which it is lacking and dependent on China. India can use this gap to reconstruct its manufacturing sector. Now predicting anything about China on COVID-19 situation, would be too early. But one thing is sure, situations are not good and not even under control. It would be long, exhaustive and time taking exercise for China to start again, from where it left.