COVID-19 — China’s crime of the century 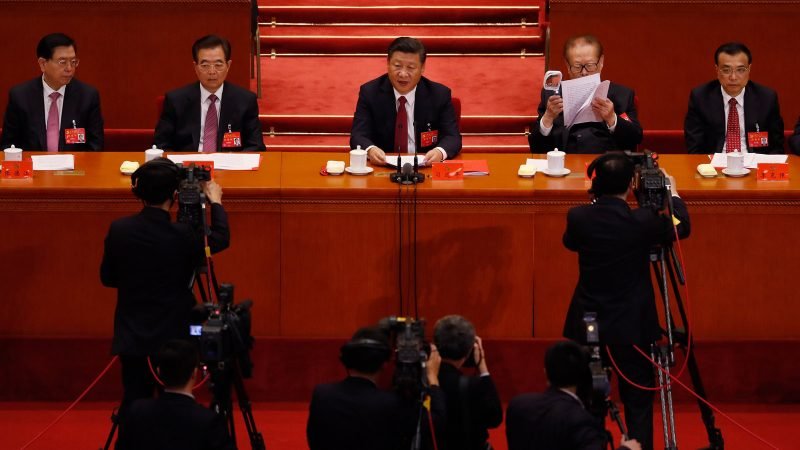 Will we ever know the exact origin of COVID-19?  In all likelihood, no, never.  But a growing body of evidence points to a negligent “lab-leak” being the most likely cause.

There is no evidence to support the initial and widely accepted hypothesis that COVID had a natural origin and spread from a wet market in Wuhan.  But there are mountains of circumstantial evidence to suggest that it may have spread from the Wuhan Institute of Virology, according to Sharri Markson in her investigative thriller, “What Really Happened In Wuhan”  Although we may never find “patient zero”, vast amounts of evidence have been destroyed and many witnesses silenced, and the Chinese government refuses to allow a serious official investigation, evidence concerning the origins of COVID-19 is gradually seeping out.

How was it that the world came to believe that COVID had a natural origin and spread from a wet market in Wuhan?

When the existence of COVID-19 became abundantly apparent, the Chinese Communist Government, which is very adept at establishing narratives favourable to itself, cooked up this narrative for the virus.  They then went to work promoting this hypothesis through their own information campaign.  But in reality, “after 80,000 animal samples from wildlife farms surrounding Yunnan and Wuhan, there is no evidence of COVID-19 in nature or in any intermediary host”.

While there was also early speculation that COVID may have come from a lab-leak, an explanation promoted by US President Donald Trump and Secretary of State Mike Pompeo, there was a virtual “united front” lined up to counter this hypothesis.  For one thing, scientists and mainstream media did not want to be seen to be supporting Trump’s views, especially in an election year.  And supporters of the “lab-leak” theory, were accused of anti-Chinese racism.

One of the most interesting discoveries of Markson’s investigation was the involvement of Americans in the activities of the Wuhan Institute.  For example, the EcoHealth Alliance was working with the Wuhan Institute for some 15 years, providing US grant money for bat research, money that ultimately came from US taxpayers.  Astoundingly, Peter Daszak, President of the EcoHealth Alliance led the drafting of a letter, signed by a group of scientists, published in early 2020 by the scientific journal, the Lancet, arguing that “lab-leak” was a conspiracy (while Daszak was behind the drafting of the letter, his name was tactically not mentioned).  This letter set the tone for academic opinion, as scientific journals resisted publication of any research supportive of a “lab-leak”.

Even more astounding was that Dr Anthony Fauci, White House Chief Medical Advisor, was also behind US government funding of “gain of function” research at the Wuhan Institute (gain of function means genetically manipulating a virus to give it new functions, like its ability to infect humans).  This research was well known to be high-risk.  Indeed, Fauci is quoted as saying he preferred this research to take place in China, rather than the US, in light of its risky nature.  But this meant that the US was funding research over which it had no oversight, despite the Wuhan Institute’s reputation for appalling lab practices, its lack of trained technicians, and its well known links to the Chinese military.

The Wuhan Institute of Virology was originally built in conjunction with the French.  The deal included a cooperation agreement by which French scientists would be included in the research groups of the Institute, and that they would work together on this virological research.  But once the Institute was up and running, the French were kicked out.  The suspicion on the part of the French was that they were pushed out because of the Chinese military interest in the work of the Wuhan Institute, especially for instruments of biological warfare.

The Wuhan Institute was one of the world’s leading repositories of coronaviruses, with research being led by Shi Zhengli, the “Bat Woman”.  For a long time, she was collecting bat viruses in Yunnan, bringing back hundreds of samples to Wuhan, where scientists were slicing, manipulating, combining genetic sequences from different viruses together — a highly dangerous and risky activity, especially for a country with poor lab standards.  One of those bat samples was the closest virus (96.2 percent crossover) in the world to SARS-CoV-2 which causes COVID-19.

Another warning signal should have been the World Military Games (an Olympic Games for military athletes), which brought together more than 9,000 athletes, from more than 100 countries, and took place in Wuhan in October 2019.  In the following months, there were many reports of athletes becoming sick with COVID-like symptoms, though no-one was ever tested.  Wei Jingsheng, a well-known Chinese defector in the US, learnt through his Communist Party networks of a virus spreading in Wuhan at this time, and passed this information on to US intelligence.

David Asher, a former COVID-19 investigator from the US State Department, unearthed intelligence that Wuhan Institute of Virology scientists had fallen sick with COVID-like symptoms in late 2019.  But Washington sat on this classified intelligence for one whole year.  As the US Secretary of State Mike Pompeo has said, the US suffers from a big data problem — it collects data on everything, but knows nothing.  It has a challenge processing data and getting it to the right places.

From late 2019/early 2020 citizen journalists and whistle-blowers were posting videos and reports on social media of the dire situation in Wuhan and especially in its hospitals.  Almost as soon as their reports were posted, censors would remove them, and many of reporters would be similarly “disappeared”.

In January 2020, the Chinese military took over the Wuhan Institute, silencing, controlling and surveilling anyone in the facility.  In early November 2019, the Institute ordered a PCR machine to test for corona viruses, boosted its security systems, and shut down its communications.  Curiously, the Wuhan virus database was taken offline in September 2019.  This all points to an incident at the Wuhan Institute.

Was COVID-19 deliberately created and spread to the world?  The many experts cited in Markson’s say no.  But most agree that a lab accident or leakage during the second half of 2019 is the highly likely cause of COVID-19 (lab accidents are actually common worldwide, including in the US and the UK, not just in China).  One of the scientists or lab workers could have caught the virus, and it spread from there.

In this regard, the assessment of Peter Jennings, executive director of the Australian Strategic Policy Institute, may be the most convincing — ‘there is a huge amount of evidence pointing to China’s interest in biological weapons and the Wuhan Institute’s classified research program, and that their “biosecurity standards were sloppy” … If you put those together that creates a compelling case to say the possibility of a lab accident is actually very high’.  Jennings also sees the “almost hysterical way in which Xi Jinping and the Communist Party sought to cover this up … (as) a sign of culpability”.

All that said, it is impossible to absolve responsibility from France (which built the Wuhan Institute), the US (which financed some of its research), and Australia (which trained some of its scientists).  While some have and will continue to question Markson’s reporting and analysis, the Chinese government has done nothing to assuage our worst fears.

Sharri Markson.  What Really Happened In Wuhan: A Virus-Like No Other, Countless Infections, Millions of Deaths.  HarperCollins.  2021.