India and US set to finalise $10-billion trade deal 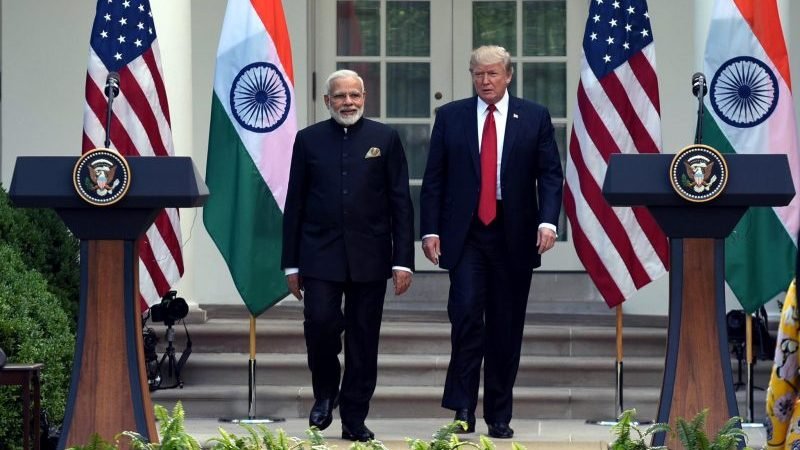 The deal, whose legal vetting is underway, will be signed during US President Donald Trump’s visit to India, and is a precursor to a free trade agreement between the two nations, officials in the know of the plans said. Lighthizer and commerce and industry minister Piyush Goyal are likely to meet in the second week of February to finalise the terms of the deal. Trump is expected to be in India during February 24-25, his first visit here as head of state.

There were meetings on the planned deal in Davos during the World Economic Forum. A six-member team from the US administration was in Delhi over the weekend, meeting Goyal and the relevant line ministries to discuss the contours of the proposed pact.

Goyal had met Lighthizer in the US last year. ‘Medical Devices Issue Resolved’ “It is a fairly large deal,” said an official aware of the details. The issue of medical devices, which was a key obstacle in the trade talks between the two countries, is resolved, the official added. India and the US have been entangled in a series of trade spats across various sectors.

The deal could touch upon Washington’s demand of doing away with duty on American information and communication technology goods along with market access for its dairy products and duty cuts on Harley-Davidson motorcycles. The US is also keen to sell more almonds to India. New Delhi, on the other hand, had sought market access to its fruits including grapes. “We expect the full deal to be signed this time and the longer-term idea is an FTA,” the official added.

India also wants restoration of benefits under the Generalized System of Preferences (GSP). Under the GSP, certain products can enter the American market duty-free if the beneficiary developing country meets the eligibility criteria established by the US Congress.

The benefits to India were withdrawn from June 5, 2019, after the US dairy and medical devices industries alleged that Indian trade barriers affected their exports. In 2018, India exported goods worth $6.3 billion (as per USTR figures) to the US under the GSP, accounting for around 12.1% of India’s total export to the US. The average duty concession accruing on account of GSP was almost $240 million in 2018. “We want GSP as it spreads across sectors, from textiles to agriculture, and we want access for our goods in the American market,” the official said.

Goyal had earlier told New Delhi-based Economic Times, that any imported product which had got animal feed into the food chain was a redline for India if it was not properly marketed as a non-vegetarian, because of the religious sensitivities around it. Opening up access to certain agricultural products where India is self-sufficient and wants to protect the farming community is another such issue, the minister had said. “There are always certain issues where one takes extra precautions and ensures that it doesn’t affect the Indian ecosystem, but usually in a trade deal, there are no complete no-nos. One can always work around and find sustainable solutions which can be acceptable to all parties,” he had said. Lighthizer is coming first to close the deal and he will come again with Trump to announce it, officials said.

The two sides have been engaged in talks to iron out the differences which began in 2018, when the US levied global additional tariffs of 25% and 10% on the import of steel and aluminium products, respectively.

India responded by levying retaliatory tariffs on 28 products originating or exported from the US with effect from June 16, 2019, for which Washington dragged it to the World Trade Organization. India’s exports to the US in the April-November period of fiscal 2020 totalled $35.6 billion, compared with imports of $25.1 billion. In the whole of fiscal 2018-19, exports were $52.4 billion and imports, $35.5 billion.