India continued to be the largest country of origin of international migrants: UN Report 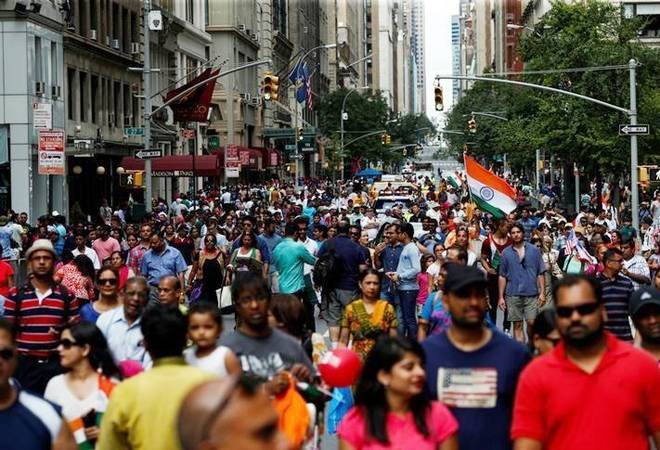 Over the last few years, the world has witnessed historic change at the global level in terms of migration. According to the World Migration Report 2020 by UN Migration Agency (IOM), the scale of international migration has increased. The number of international migrants is estimated to be almost 272 million globally, with nearly two-thirds being labour migrants. This figure remains a very small percentage of the world’s population (at 3.5%), meaning that the vast majority of people globally (96.5%) are estimated to be residing in the country in which they were born.

The report also highlights that the number of migrant workers declined slightly in high-income countries while increasing elsewhere.

Labour migration has contributed to significant population changes, especially in the Gulf Cooperation Council (GCC) States. With the exceptions of Oman and Saudi Arabia, migrants made up the majority of the populations in GCC countries.

As per the World Migration Report, the Syrian Arab Republic and Turkey were the origin and host of the largest number of refugees globally, 6.7 million and 3.7 million, respectively. Canada became the largest refugee resettlement country, resettling more refugees than the United States in 2018.

The Philippines had the largest number of new disaster displacements in 2018 (3.8 million).

Around 4 million Venezuelans had left their country by mid-2019. The Bolivarian Republic of Venezuela was the largest source country of asylum seekers in 2018 (over 340,000).

While population growth over the decade may be most pronounced for Africa, in 2019 more than half the world’s total population resided in just one region: Asia (4.6 billion people). From 2009 to 2019, the population in Asia grew by nearly 440 million (from 4.16 billion to 4.6 billion), compared with just under 300 million in Africa (from 1.01 billion to 1.31 billion).

Five of the world’s top 10 most populous countries are in Asia (China, India, Indonesia, Pakistan and Bangladesh). The United States of America has been the main country of destination for international migrants since 1970.

Since then, the number of foreign-born people residing in the country has more than quadrupled – from less than 12 million in 1970, to close to 51 million in 2019. Germany, the second top destination for migrants, has also observed an increase over the years, from 8.9 million in 2000 to 13.1 million in 2019. A list of the top 20 destination countries of international migrants is provided in the left column of the figure below.